Intel: What US grounding F-35s means for Turkey 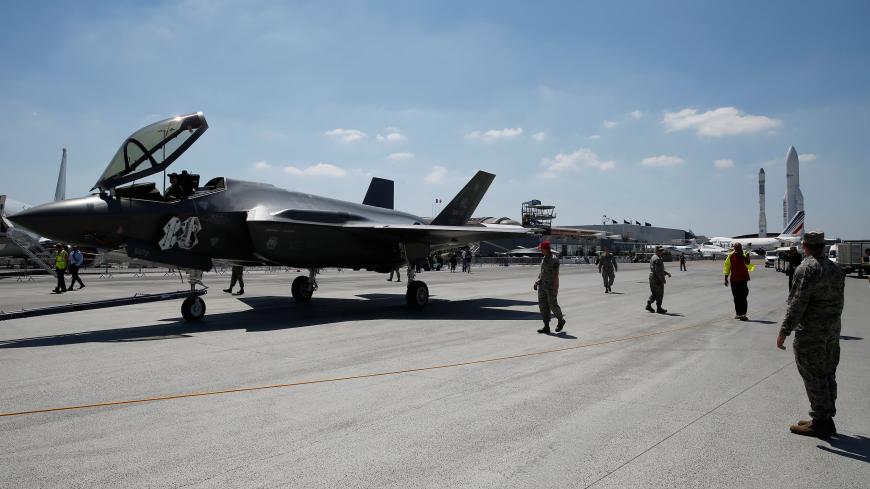 US soldiers stand guard as a Lockheed Martin F-35 Lightning II aircraft is moved on the eve of the 52nd Paris Air Show at Le Bourget Airport near Paris, France, June 18, 2017. - REUTERS/Pascal Rossignol

The Pentagon grounded the US military’s entire fleet of F-35 joint strike fighters today — including two jets handed over to Turkey in August — as US investigators try to determine what caused a September crash at a military base in South Carolina.

Why it matters: Lawmakers have pressed the Donald Trump administration to re-examine US military ties with Turkey. New defense authorization legislation requires the Pentagon to look into removing Ankara from the F-35 program in light of the detention of evangelical pastor Andrew Brunson, whose case is set for another hearing on Friday.

The Defense Department remains insistent that it will deliver 100 of the fifth-generation stealth fighters to Turkey. But grounding the aircraft could delay their delivery to Turkey that’s currently set for next summer, giving Congress more time to find other avenues to block the sale. A number of lawmakers have already pressed Secretary of State Mike Pompeo to sanction Ankara for its $2.5 billion purchase of the S-400 missile system from Russia.

If at first you don’t succeed: Try again. Experts told Al-Monitor last month that the Air Force, which doesn’t have enough available F-35s, according to the Government Accountability Office, amid plans to expand the force by four squadrons, could reabsorb the stealth fighters sold to Turkey if Congress or the Trump administration get in the way.

That would require some tweaking to get the jets back up to US military standards. “If you look at the systems, what we sell overseas is not everything we keep for ourselves,” retired Air Force Col. John Venable told Al-Monitor in September.

What’s next: The Defense Department will begin inspections on 320 F-35s stationed globally to fix a faulty fuel tube in the engine. Once the problem is resolved, the Defense Department can begin flights again, including for Turkish pilots training on the aircraft at Luke Air Force Base in Arizona. Oh, and lest we forget, Secretary of Defense Jim Mattis still owes Congress that report on removing Turkey — which produces a fuselage for the F-35 — from the jet program.