Defense Secretary Mark Esper said today that the United States would “consider” letting Turkey back into the F-35 program if it got rid of the Russian S-400 system. 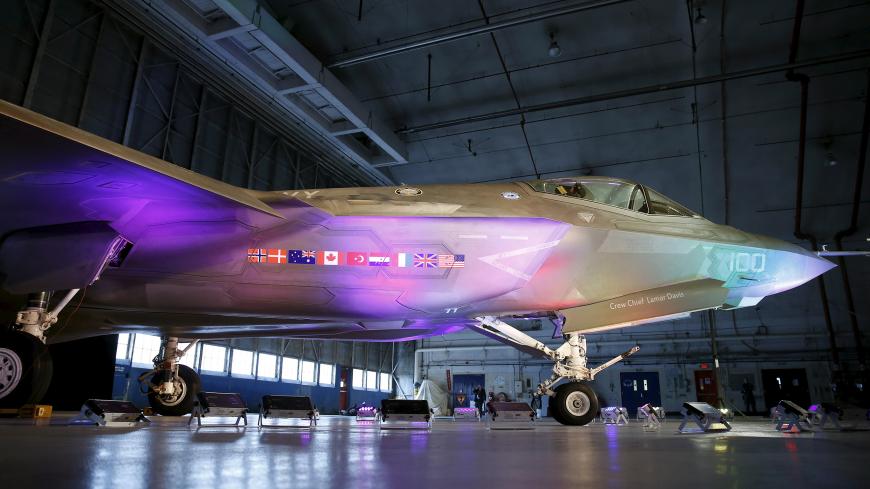 In the days leading up to the Donald Trump administration’s decision to kick Turkey out of the fighter jet program in July, after Turkey took in the $2.5 billion S-400, President Recep Tayyip Erdogan had insisted that Ankara could duck US sanctions by moving the air defense system out of the country.

On Wednesday, the new Pentagon chief made clear that Turkey would have to choose between Russian and American systems, just days after Al-Monitor reported that the United States had nixed a deal for the rival Patriot missile defense.

“They would have to, again, completely get rid of the S-400 program, completely out of the country and then out of whatever, and then we could consider that,” said Esper. “It’s either the F-35 or the S-400. It’s not both. It’s not park one in the garage and roll the other out. It’s one or the other.”

Esper’s comments offer the most comprehensive view of the US position on Turkey’s purchase of the Russian system, after Pentagon officials have appeared to offer wiggle room on Ankara’s status in the F-35 program.

Speaking to reporters earlier this week, Pentagon acquisition chief Ellen Lord said that the Trump administration was still discussing what to do with four F-35 fighter jets already in Turkey’s possession at Luke Air Force Base in Arizona. It’s not clear whether Turkey will be reimbursed for its order of more than 100 jets.

"We are thinking about a year from now" to officially take Ankara out of the program, Lord said, adding that US suppliers would take over manufacturing some 900 parts made by Turkey, including the airplane’s central fuselage, large portions of the landing gear, and an engine depot.

But Lord declined to say whether Turkey’s rollback in the program — which it had been involved in since 2002 — was permanent.

Despite pressure from Congress for nearly 50 days since Turkey took in the air defense system, President Trump has not imposed sanctions against Ankara, which are supposed to be put in place automatically for US allies that buy Russian weapons.

But addressing reporters on Thursday in the first press briefing by a US defense secretary in a year, Esper expressed hope that Turkey would remain a NATO ally.

“Turkey has been a long-standing great partner and ally, and I would hope that they would move back in our direction, and really live up to what NATO agreed to many years ago,” he said. “That was to begin divesting of Soviet-era Russian equipment, and they seem to be moving in a different direction.”

Esper’s comments come after Erdogan and Russian President Vladimir Putin met on Tuesday at a military exposition, where the Turkish leader got an up-close look at the Sukhoi Su-57, Russia’s fifth-generation answer to the F-35’s stealth capabilities.