The Donald Trump administration said today it would formally kick Turkey out of the F-35 program after Ankara took delivery of a Russian air defense system that could threaten the American fighter’s stealth capabilities. 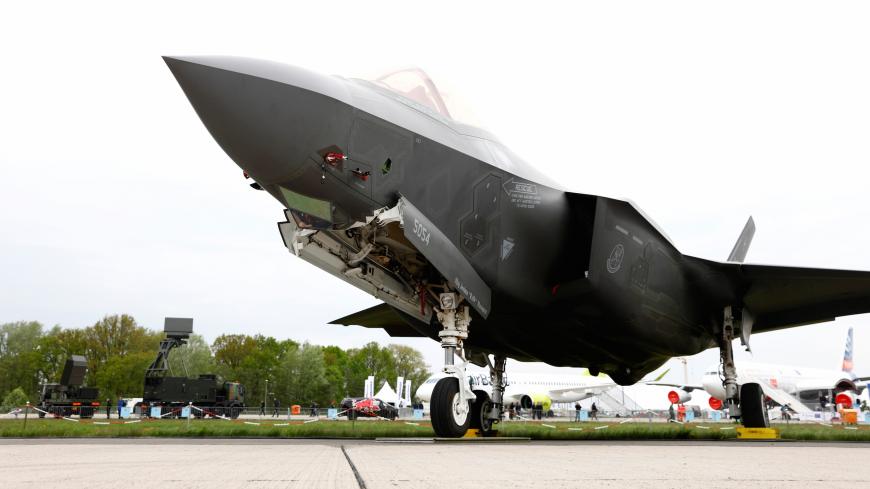 The Donald Trump administration said today it would formally kick Turkey out of the F-35 program after Ankara took delivery of a Russian air defense system that could threaten the American fighter’s stealth capabilities.

In a White House statement sent five days after Turkey began taking deliveries of the Moscow-made S-400, press secretary Stephanie Grisham said the F-35 “cannot coexist with a Russian intelligence collection platform that will be used to learn about its advanced capabilities.”

Pentagon officials had long said the Russian system, which is not compatible with NATO counterparts, could train its powerful radar on any F-35 jet operated by Turkey to uncover its stealth protections.

Why it matters: While the Defense Department insisted that Turkey acceptance of the Russian system would have no impact on US military ties and did not clarify whether the deal would call into question future military sales, Pentagon undersecretary Ellen Lord said the move was “ inconsistent with its commitments to NATO.”

Yet the Trump administration insisted it was too early to determine whether Turkey would remain a member, or if it could participate in integrated air defense with Western countries. "That's a decision for the NATO alliance," Deputy Undersecretary of Defense for Policy David Trachtenberg said.

Impact on Turkey: Lord said Turkish pilots and maintainers training on the jet in the United States have “firm plans to leave the country” and that the Pentagon will cut off access to 20 Turkish workers at the F-35 program office. Turkey was expected to reap $9 billion in economic benefits over the life of the F-35 program, Lord said, and had already committed to $1 billion in industrial participation. “Turkey will certainly and regrettably lose jobs.”

What’s next: The Pentagon is accelerating a plan to wind down Turkey’s participation in the program, with a goal of replacing Turkish production of 900 parts for the jet, including a large portion of the landing gear and the fuselage, by March 2020, mostly drawing on American suppliers. It’s not immediately clear whether the fresh steps to wind down Turkey’s participation in the F-35 can be reversed.

The Trump administration still faces a decision about automatic sanctions under US law against Turkey for taking the deal, and must choose at least five of 12 penalties that include cutting off access to US financial institutions, slashing imports and possible asset freezes.