The right-wing achievement at the April 9 elections offers Prime Minister Benjamin Netanyahu more time to battle the expected indictment against him. 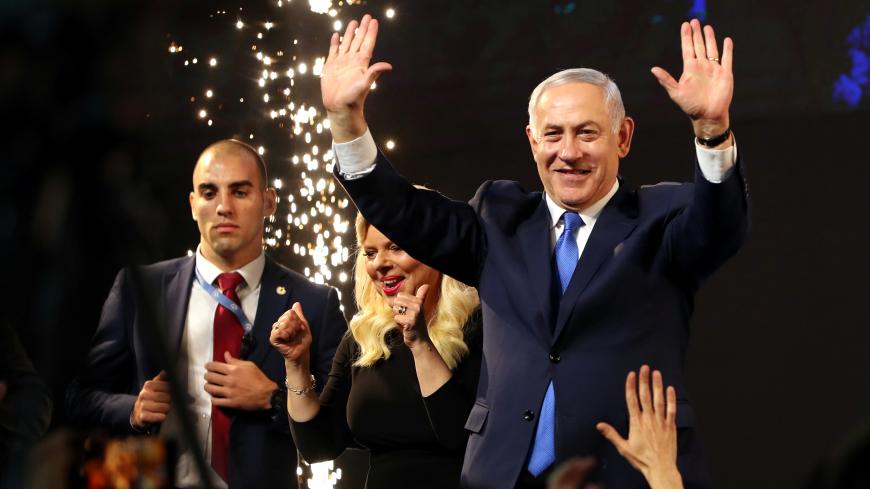 Israeli Prime Minister Benjamin Netanyahu and his wife, Sara, react as they stand on stage following the announcement of exit polls in Israel's parliamentary election at the party headquarters in Tel Aviv, Israel, April 10, 2019. - REUTERS/Ammar Awad

By the end of Israel’s 2019 election campaign, only two political camps were left: the pro-Netanyahu camp and the anti-Netanyahu camp. Ideology went out the window and nuances received a dog’s funeral. The energy storms created by Prime Minister Benjamin Netanyahu’s supporters and opponents shook the country with great force, crushing everything in its path. Blue and White, a hybrid party composed of foreign elements soldered together by Benny Gantz’ Israel Resilience, Yair Lapid’s Yesh Atid and Moshe Ya’alon’s Telem, destroyed the Labor party and thirstily swallowed up all the center-left votes while Netanyahu did the exact same thing to the right. He, too, swallowed up his camp’s votes.

The premier’s luck is that the constituencies of Israel’s right and ultra-Orthodox factions are much larger than the closed voters’ pool of the center-left. This year, Gantz and Yair Lapid provided the exact same number of mandates that the Zionist Camp and Yair Lapid brought the last time around in the 2015 elections: 35. That number — together with what remains of the Labor party, Meretz remnants and the two weakened Arab parties — offer sort of a repetition of those 2015 elections where Netanyahu assembles around him a majority right-wing camp. And so, Netanyahu has proven that he is the greatest of Israel’s political magicians of all time. His achievement is unbelievable, although it does not grant him immunity vis-a-vis the criminal process that will be speeded up the day after the elections. It is altogether possible that Israel may find itself facing elections again next year.

It has become clear that even three retired chiefs of staff, Blue and White’s Gantz, Ya’alon and Gabi Ashkenazi; two Israel Defense Forces generals, Elazar Stern and Orna Barbivai; and two deputy Mossad and Shin Bet heads, former Mossad deputy director Ram Ben-Barak and former Shin Bet deputy chief Yitzhak Ilan were not enough to bring down one Netanyahu. The prime minister also equipped himself with top-level campaign managers who were no less efficacious than those of his rivals: US President Donald Trump to his right, Russian President Vladimir Putin to his left — even leaving room for Brazilian President Jair Bolsonaro, who rushed to beef up Netanyahu’s side in the week before the elections, visiting Israel at the end of March. The right-wing camp retains its large majority of the Israeli public and even increases the gap. Demographics remain on its side. There will be 16 ultra-Orthodox representatives in the Knesset this year: eight each from Yahadut HaTorah and the Shas Party. The ultra-Orthodox demographic data and high birth rate, which had not trickled down conspicuously to parliamentary representation in the past, is starting to leave its mark. Netanyahu is the winner who makes a clean sweep of the election. So long as the economy is good and security is reasonable, the Israelis have no impetus to switch their prime minister. The criminal files, investigations and indictments that are coalescing all fly over the heads of Netanyahu’s fans without leaving much of an impression. Just like in the United States: Either you’re for Trump or against him. There is no middle ground.

The abortive victory speech delivered by Benny Gantz close to midnight on April 9 will haunt him for a long time. Only one television sampling, Hadashot 12, gave him a serious advantage of four mandates at the time (33-37). The Kan News sample predicted an advantage of one mandate (36-37) and the sample of Hadashot 13 predicted a tie (36-36). Gantz announced victory in a desperate attempt to ensure the secret agreements he made with parties that were supposed to remain on Netanyahu’s side: Yisrael Beitenu of Avigdor Liberman and the Kulanu Party of Moshe Kahlon. According to these agreements, if Gantz would achieve a greater number of votes than Netanyahu, then Liberman and Kahlon would not recommend to President Reuven Rivlin that Netanyahu be the one to create the next government. That would open up the possibility of granting the government coalition-making process to Gantz and the Blue and White. But Gantz delivered his speech and his chances evaporated. Less than two hours passed before Netanyahu delivered his victory speech. This time, it was for real.

If anyone would have promised Gantz 35 mandates two months ago, he would have been excited at the good news and embraced such a result. What the former chief of staff did not realize was the following: the power of Netanyahu’s mandate-pumping skills; the unexpected successes of the Shas Party and Yahadut HaTorah; and the fact that none of the three former chiefs of staff were able to cross the lines and steal three to four mandates from the right. Netanyahu, meanwhile, relied on the fact that most Israelis are satisfied with their lives and with the condition of the state. Even at the height of the crisis in Gaza, when Gaza rockets were launched on Tel Aviv and the country’s center while Israel enabled the transfer of millions of Qatar dollars to Hamas, Netanyahu's image as “Mr. Security” was not contested. Evidently, more than three missiles are needed to seriously undermine the Israelis.

So, what happens now? Netanyahu will assemble a government. That doesn’t look too complicated, but it won’t be a walk in the park, either. Netanyahu’s real goal is to try and wriggle out of the criminal charges quagmire, stop the judicial clock and force the attorney general to give in. According to publications, a hearing before the indictment is scheduled for July 2019. This goal of thwarting an indictment seems impossible even on the morning after the elections. Many of Netanyahu’s likely coalition partners already announced that they won’t back any form of the so-called “French law” that would prohibit prosecution of the head of state. Another initiative involves Netanyahu claiming parliamentary immunity in relation to the Knesset member’s parliamentarian work along the lines of the model that existed more than a decade ago; the odds of this plan are not clear. It is hard to conceive of a situation in which the prime minister claims immunity vis-a-vis severe criminal charges. It is even harder to conceive of a situation in which Netanyahu continues to lead the world’s most complicated country while on trial for serious criminal charges.

In a sane country, Netanyahu and Gantz would already be in the midst of assembling a national unity/reconciliation government, avoiding political alliances with extreme elements. This is the first time in generations that there are two large parties that do not need coalition partners. Gantz and Netanyahu have 70 mandates together, well beyond the 61 majority needed. Unfortunately, Israel is much removed from sanity and any measure of political correctness. Blue and White cannot join a government headed by a person facing criminal charges, period. Meanwhile, Netanyahu will try to dismantle Blue and White, just as he tried to do to Kadima under Tzipi Livni.

The real challenge facing Gantz, Lapid, Ya’alon and Ashkenazi on the day after their defeat is to stay united and not fall apart — to create a real opposition and preserve the alternative paths. The 2019 elections were fateful but not final. On the day after, the attorney general was supposed to give Netanyahu’s legal team giant crates containing dozens of files with investigative materials against their client — no information was leaked to the press if that really happened by now. Soon, a large part of these testimonies will appear in the media. Netanyahu added five mandates to himself and bought some time. But the real fight is still before him, and he is keenly aware of that fact. 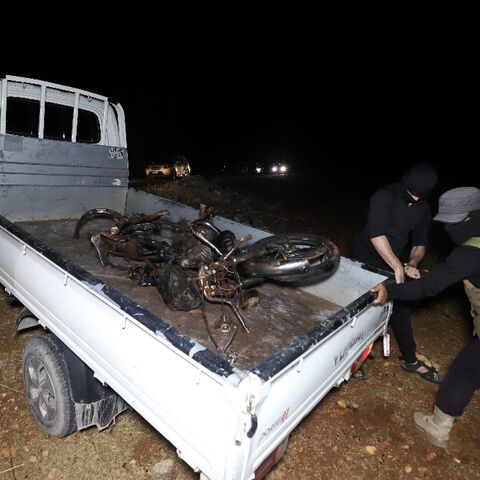