Prime Minister Benjamin Netanyahu will have a hard time finding common ground between the large ultra-Orthodox bloc in the Knesset and secular hard-liner Avigdor Liberman. 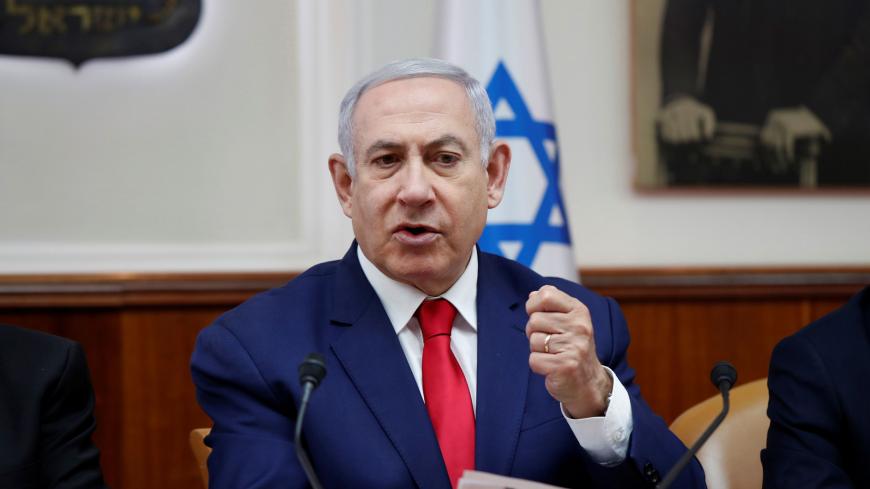 The real surprise of the April 9 elections was not the impressive result achieved by the new Blue and White party (with 35 Knesset seats) or even the burning out of the New Right party. It was the rise of the ultra-Orthodox parties. The Mizrahi ultra-Orthodox Shas party, led by Knesset member Aryeh Deri, increased its Knesset seats from seven to eight despite assessments and predictions that it would get barely enough votes to enter the Knesset. The Ashkenazi Yahadut HaTorah party will have eight seats in the 21st Knesset, two more than the 2015 elections gave it.

With 16 seats in the 120-member Knesset, the ultra-Orthodox bloc is third in size after the Likud's 35 seats and Blue and White's 35. Prime Minister Benjamin Netanyahu cannot muster a majority for a coalition government without it. Blue and White, dubbed "the generals" party because of the three former army chiefs at its helm — Benny Gantz, Moshe Ya’alon and Gabi Ashkenazi — understands the clout wielded by this bloc. After the polls closed, party leader Benny Gantz called Deri and Yahadut HaTorah leader Moshe Gafni to suggest they join a coalition with him as Israel’s next prime minister. The two declined, announcing they would go with Netanyahu as they had promised throughout the campaign.

Shas can attribute its success to an old-new campaign focused on religion and rabbis. In other words, the party returned to the traditional tactics that appeal to its electorate — handing out amulets, blessings, talismans, votive candles — all promising paradise in the afterlife to those who vote for the party. Deri took the party’s lackluster spiritual leader, Rabbi Shalom Cohen, the successor of the party’s late charismatic spiritual leader Rabbi Ovadia Yosef, on a helicopter campaign tour of the country. Social media sites targeting religious Jews displayed photos and videos exhorting Shas supporters to vote.

The ultra-Orthodox leadership will now be able to parlay the election results into concrete achievements, not only because of its increased power, but also because of the decline in the number of opponents within the governing coalition.

One of the opponents in the last government was the leader of the center-right Kulanu party, Finance Minister Moshe Kahlon. Kahlon had defended the Supreme Court against various coalition onslaughts in the previous Knesset, especially against attempts to introduce the Override Clause. This clause would enable the Knesset to override the Supreme Court’s objections to some laws, including the amendment exempting ultra-Orthodox youths from the draft. The ultra-Orthodox parties were surely satisfied that Kahlon lost significant ground in these elections, dropping from 10 seats to four. In fact, he now appears to be heading back into the fold of the Likud, his longtime former political home (Netanyahu would like to integrate the Kulanu Knesset faction in his own Likud faction). Such a move would remove the final obstacle to the government-backed legislation curbing the top court’s power to strike down laws adopted by the Knesset.

Representatives of the ultra-Orthodox parties, along with the increasingly radical religious right and many in the Likud party, will now push for passage of the Override Clause, which would clear the path to the adoption of controversial legislation that the Supreme Court might have overturned. Gafni has made clear his party would demand this as a significant precondition for joining the coalition government. “The override bill will be an absolute precondition,” he told supporters as a preelection rally. “We are sick of the Supreme Court issue, of the fact that the Knesset legislates and then the court rescinds laws. No one elected them. We will push through the override bill so that the Supreme Court cannot do whatever it wants.” The ultra-Orthodox have long viewed the country’s top court as a thorn in their side, most recently because the justices ruled that legislation granting draft exemptions to ultra-Orthodox men was unconstitutional.

The court's decision meant that the government was forced to legislate a new draft law (the court actually drew a deadline to such legislation). Subsequently, the last government started negotiating with the different parties to advance a compromise law proposal. Then-Defense Minister Avigdor Liberman elaborated a compromise. New Right leaders Naftali Bennett and Ayelet Shaked supported the proposed military draft bill as well as more moderate legislation on matters of religion and state. But Bennett and Shaked will not be in the next Knesset. The religious right in the Knesset will be controlled instead by Bezalel Smotrich of the United Right alliance, whose views are sometimes considered even more radical than those of the ultra-Orthodox.

The failure of the New Right and the miserable results of Kulanu mean that the final obstacle to a government comprised of (very conservative) right-wing and ultra-Orthodox parties is the leader of the secular, right-wing Yisrael Beitenu party. Without it, Netanyahu cannot muster a Knesset majority of 61 Knesset seats to form a new government. Liberman has promised to recommend to President Reuven Rivlin that he task Netanyahu with forming the next government, but one of his terms for joining a future coalition is passage of the ultra-Orthodox draft bill he authored last year. Meanwhile, Liberman has reportedly met with Netanyahu’s rival, Blue and White co-chair Yair Lapid, to discuss a possible government coalition with his party and without the ultra-Orthodox parties. Such an option is unlikely for various reasons, such as the center-left party’s pledge not to join a Netanyahu government.

The military conscription issue is expected to be one of the hurdles to the formation of Netanyahu’s fifth government due to renewed ultra-Orthodox opposition to the proposed law after a compromise appeared possible. A professional military team, in consultation with rabbis and others, prepared the bill, which Liberman presented in June 2018 when he served as defense minister. Deri originally debated whether to back the proposed bill when it came up for a government vote in July 2018, but he eventually abstained. The following day, however, when the bill came up for the first of three votes in the Knesset, Deri and Yahadut HaTorah lawmakers voted against the bill, probably because they knew it would pass with the support of the opposition Yesh Atid party.

Over two months later, Deri changed his mind. “I don’t see that we will get a better law than this one. … The current proposal is the best. … I am more certain of bill than I was in the past. This is the first time the army and its top leadership have signed off on such legislation,” Deri told the ultra-Orthodox newspaper, In the Family, in September 2018.

Last December, however, division over the bill emerged among the ultra-Orthodox parties. Gafni did not oppose the conscription bill and said it was a reasonable compromise that should be adopted quickly, but his fellow party member, Deputy Health Minister Yaakov Litzman, rejected the compromise. The ensuing crisis was one of the reasons Netanyahu called early elections for April. He realized it would be impossible for him to legislate the new draft law in the timeframe imposed on him by the Supreme Court.

During the election campaign, another shift appeared to be underway. Shas posted clips of pronouncements by Rabbi Ovadia Yosef and other rabbis against the conscription of yeshiva students. Gafni also appeared to adopt a harder line on the issue, announcing after the election results were published that he would not let a small party — i.e, Liberman’s five-member Yisrael Beitenu — determine the issues most important to the ultra-Orthodox and especially to Torah students.

On April 16, Rivlin started consultations with party leaders over the formation of Israel’s 35th government. He is likely to task Netanyahu with forming it. Netanyahu, whose political machinations have earned him the title of a magician, will have a hard time finding common ground between the large ultra-Orthodox bloc backed by the religious Zionists and Avigdor Liberman.