How this blockchain startup could help people transform traffic in Iran

A private sector Iranian blockchain startup is offering a unique mix of decentralized facilities that could enable the general public to meaningfully tackle traffic congestion in Iran and beyond. 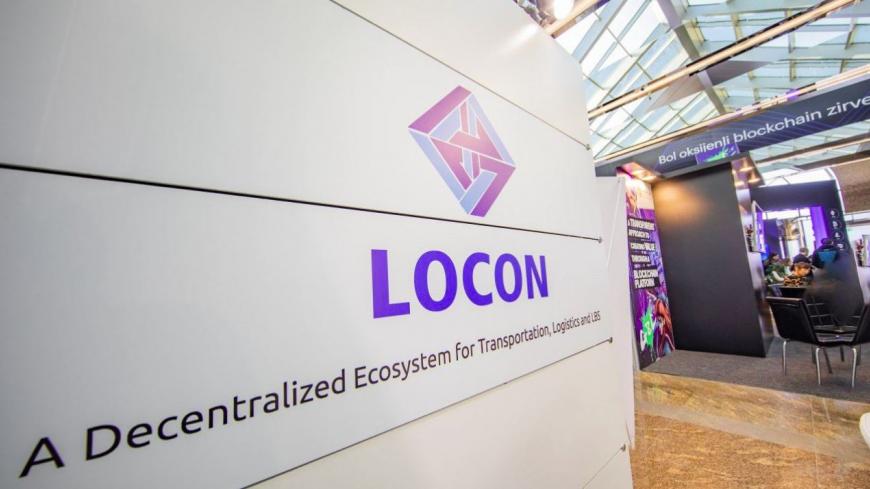 A Locon display is seen at the Blockchain Economy Istanbul Summit in Istanbul, Turkey, Feb. 20, 2019. - Photo by Twitter/Loconorg

As the transportation industry continues to grow around the globe, traffic congestion remains as one of the most significant, largely unresolved issues of the modern world. This is no different in Iran, and especially its capital, Tehran, where even the thought of being stuck in afternoon traffic is painful.

But now, thanks to blockchain technologies, the general public may be empowered enough to take matters into their own hands and solve traffic and all the detrimental side effects that come with it.

Since mid-2018, a group of Tehran-based millennial entrepreneurs and developers with extensive backgrounds in Iran’s lively startup scene have been working on Locon, a decentralized ecosystem for transportation, logistics and location-based services.

They argue that the overwhelming majority of companies offering location-based services at the moment are centralized, and this creates a host of problems and concerns in the long run.

For one, a centralized entity means a single point of failure that is vulnerable to hacking or extraterritorial exertions of power such as sanctions. But more importantly, centralization often means lack of transparency and profiting from user data that are not owned by users, which endangers their privacy. Moreover, centralized businesses will always move toward maximizing profits, which could have an adverse impact on affordability for users after the business has found a foothold in the market.

To resolve these issues, Locon has combined concepts of secure decentralization and smart contracts — pieces of self-executing computer code designed to digitally enforce an agreement. According to the Locon whitepaper, its blockchain is divided into a financial and a nonfinancial subnet to balance network access and management with network security. The financial subnet is a fork of the Ethereum permissioned public blockchain that has been tweaked to utilize a proof of stake consensus algorithm and support a higher capacity of transactions per second. The nonfinancial subnet, on the other hand, is a permissioned private blockchain that employs the Hyperledger Fabric framework. The two subnets interact directly and automatically through smart contracts.

Before using any of the network’s facilities, users will undergo a peer-to-peer authentication process based on consensus. In addition to providing a decentralized platform on which other businesses can develop their projects, Locon aims to offer four decentralized applications, or dApps. The first is map contribution, where users get to complete decentralized maps of cities and countries. The second is social contribution, which allows users to share everyday information about the environment they live in. The third dApp facilitates navigation. Decentralized ride-sharing, which links drivers and passengers, is the final dApp.

Underpinning the entire nonfinancial and financial subnets are, respectively, a data-sharing facility and a token economy facility that uses a cryptocurrency called Locoin as its native asset to incentivize constructive contribution and deter malignant behavior.

In total, the ecosystem will have 6.2 billion Locoins, according to the whitepaper. Locon has reserved 1.24 billion tokens for public and private initial coin offerings (ICO), 930 million for development, 620 million for marketing and 310 million for the founding team. The remaining half of total Locoins will comprise a reward pool that will be central to the project’s operations. Based on the proof of stake algorithm, when employing any of the facilities offered by the Locon platform, users will have to lock in a certain volume of tokens. If their contribution is successful, they will get that amount back, in addition to a reward from the pool. If not, their initial tokens will be moved to the reward pool.

Locon founders unveiled their project as an international platform in the Blockchain Economy Istanbul Summit on Feb. 20. They had launched their first private ICO about two weeks prior.

“The Istanbul summit was very good for us since we were supported by dozens of Iranians who had participated and also received interest and positive feedback by other nationalities,” Locon cofounder and CEO Amir Habibzadeh told Al-Monitor. There, he added, they caught the attention of six foreign investors from Croatia, Germany, India and the United Arab Emirates, with whom they are currently negotiating.

Due to legal reasons, the Locon team wants to register the company in ICO-friendly countries such as Malta, Lichtenstein and Estonia. If the company was to be registered in Iran, it could not have gone ahead with its ICOs because such offerings are currently illegal in Iran. The Central Bank of Iran in late January released an early draft of its cryptocurrency regulatory framework that included a relatively rigid stance on ICOs and also banned cryptocurrency use as a method of payment inside the country. Iran’s cryptocurrency community is trying to appeal to the regulator and has already sent extensive proposals to improve the framework, but the Locon team decided not to tie its fate to an uncertain future.

Nevertheless, they have big ambitions for their native market. Habibzadeh said he expects Locon to replace Google’s Waze, a navigation app used by millions of Iranians on a daily basis, in the near future. “Our goal is to offer a variety of services to the general public and demonstrate that we will not steal their data for our own profit,” he said.

The roadmap envisioned for Locon sees the company release its DAICO, a set of rules that allow token holders to vote for reimbursement of contributions if they are dissatisfied with the project’s development, in addition to its public ICO, in the second quarter of 2019. Starting in the first quarter of 2020, the network will launch its four dApps on a quarterly basis. In the third quarter of 2021, Locon aims to release a crowdfunding platform and establish a venture studio.

“When our MVP [minimum viable product] is out in the next few months, showing that what we claim to offer is really there, we expect initial interest to peak,” Habibzadeh said.

In an effort to focus on education, something they feel will be key to their success, Locon members are planning introductory courses first for investors and then for the general public. If Locon manages to get its platform off the ground, which will need $2.5 million in initial capital, it has the potential to completely change the face of traffic in Iran and beyond.

This will have major implications since Iran is ranked third in the 2019 Numbeo Traffic Index and Tehran is ranked 10th in the organization’s city rankings. In terms of pollution, Numbeo ranks Iran and Tehran 17th and 35th, respectively. According to local estimates, traffic congestion costs Tehran alone about 80 trillion rials ($1.9 billion) in terms of time and fuel wasted, in addition to pollution caused.