A major project commissioned by the Central Bank of Iran aims to incorporate blockchain technologies in the country’s banking and financial system, and potentially employ a sovereign rial-backed cryptocurrency. 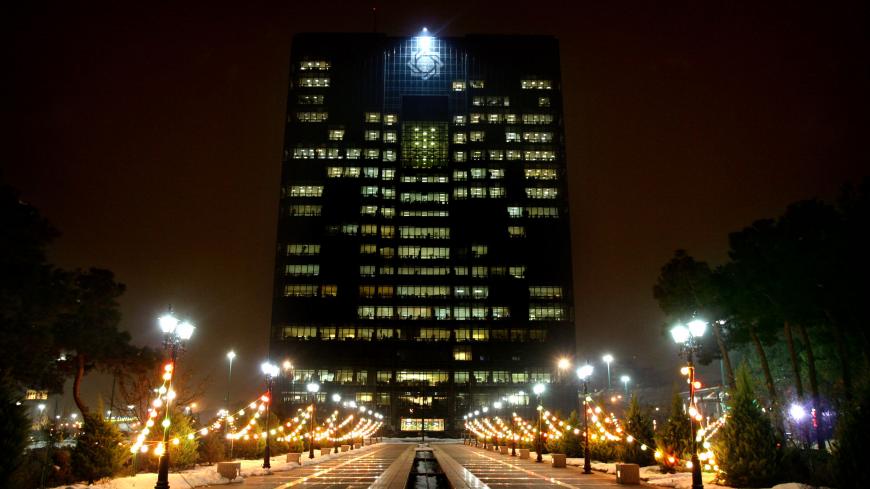 A general view of the Central Bank of Iran building in Tehran, Iran, Jan. 23, 2006. - REUTERS/Morteza Nikoubazl

Over the past year or so, the technology arm of the Central Bank of Iran — the Informatics Services Corporation — has been developing prototypes for a comprehensive, nationwide blockchain platform. Named Borna, the platform aims to offer an integrated environment and common standards as well as reduce the costs of developing blockchain solutions and market entry for all of Iran’s banking and financial players.

According to the Borna white paper, the platform offers three essential services of electronic customer identification, token management and online auditing in its initial noncompetitive layer. Banks and other financial players will be able to offer an array of services on the competitive layer, including accepting deposits, offering loans, commercial financing and asset management. The platform’s players can generate revenue through four fee-based methods, namely by establishing data and transaction storage infrastructure, participating in transaction confirmation, providing and sharing data and information with others and creating services on the network and allowing others to use them.

The core infrastructure of Borna was developed using Hyperledger Fabric, a popular open-source enterprise blockchain platform established by US technology giant IBM and the California-based Linux Foundation. A major goal of Borna’s developers is to allow the Central Bank of Iran to start communicating and implementing its directives seamlessly through smart contracts and exert better supervision over financial institutions that will have to incorporate more transparency into their operations.

But beyond the uses that will be facilitated on the local scale, employing the Hyperledger Fabric architecture will also allow the platform to have a chance of connecting with international players in a future in which Iran’s foreign ties may not be hamstrung by US sanctions.

“In terms of international presence, Borna developers are striving to use platforms, tools and solutions that are globally accepted in building the country’s new technical infrastructure,” Saeed Khoshbakht, CEO of blockchain solutions firm Areatak, which is developing Borna in partnership with the Informatics Services Corporation, told Al-Monitor.

Borna also aims to provide momentum for the local banking and financial technology ecosystem to reach a higher level of compliance with international standards, especially PSD2. “Borna's developers are trying to gradually turn international frameworks into a part of the platform’s internal policies,” Khoshbakht said.

But for the near future, the platform has its sights set on the local scene. It promises to allow the central bank and other participating state entities to weed out corrupt practices and detect financial crime as well as integrate data into a secure and immutable ledger. Moreover, it provides banks and financial institutions with new fee-based revenue streams, something they severely lack at the moment. For end users, it can bolster trust by reducing fraud and setting the stage for offering a wide variety of new financial services. For growing fintechs and startups, it can create a new market that is easier to enter, boost investments and promote fair competition.

“Our wish is that simply by establishing their operations on Borna, businesses will have automatically gained the central bank’s initial license, which will be major progress for the fintech [enterprises],” Khoshbakht told Al-Monitor.

The Informatics Services Corporation has not committed to a specific timeline, but Khoshbakht said Borna aims to implement the customer identification protocols by the end of the current Iranian year in March 2020. There is a plethora of technical and legal issues to work out, after all, as Iran’s banking system has become increasingly isolated in recent years due to multiple rounds of sanctions.

Cash-strapped banks will have to develop infrastructure — something that will increase their costs in the short term — and state entities will have to upgrade their systems. On the other hand, fintech enterprises and other startups have hardly reached maturity and also lack the expert human resources required on a grand scale. Lastly, the process of onboarding end users promises to be complicated and time-consuming, and the threat of cyber theft and breach of privacy is always present with a new technology like blockchain that remains largely unknown to the general public.

This underscores the necessity for education and raising public awareness. To this end, Khoshbakht said a host of educational courses aimed at introducing all of the platform’s players and beneficiaries to blockchain technologies and platforms employed in the making of Borna is being scheduled. Hyperledger meetups, the first of which was held in Tehran on March 10, will become regular events and soon a blockchain laboratory will be established to allow startups and fintechs to test Borna’s features, he said.

The final decision has yet to be made, but Iran’s upcoming sovereign cryptocurrency, also being developed by the Informatics Services Corporation on Hyperledger Fabric, may be integrated and used in Borna.

First and foremost, Khoshbakht said, the definition of the central bank’s sovereign cryptocurrency must be clarified since several ongoing projects are using the same title: It consists of blockchain-based infrastructure to facilitate rial payments only on the local scale, aimed at boosting transparency and reducing costs.

“That definition may be disappointing to some, but the only goal of the central bank’s cryptocurrency is to improve existing payment infrastructure,” he said. “With that in mind, if implemented with Borna, the sovereign cryptocurrency will prove no different from the existing experience except that it will provide a new method of payment.”

However, Khoshbakht said, Borna developers believe using the sovereign cryptocurrency in the platform could decrease transaction costs, allow regulators and supervising entities to better monitor transactions, and combat corruption. It could be further good news for fintechs in that it could alleviate some of the current concerns felt by the central bank and cyber police through making transactions more transparent, preparing the ground for fintechs to start offering offline wallets.

Borna may also be affected by and will in turn impact long-overdue articles of bank reform. They envision major changes to Iran’s outdated banking laws and practices and have been under review by the parliament for several months. As such, based on the results of its eventual operation, Borna could be directed to support new services to be determined by the central bank, while it could also pave the way for implementing changes in the embattled banking system.