The United States is gearing up to sanction Iran’s sovereign cryptocurrency in anticipation of its introduction. 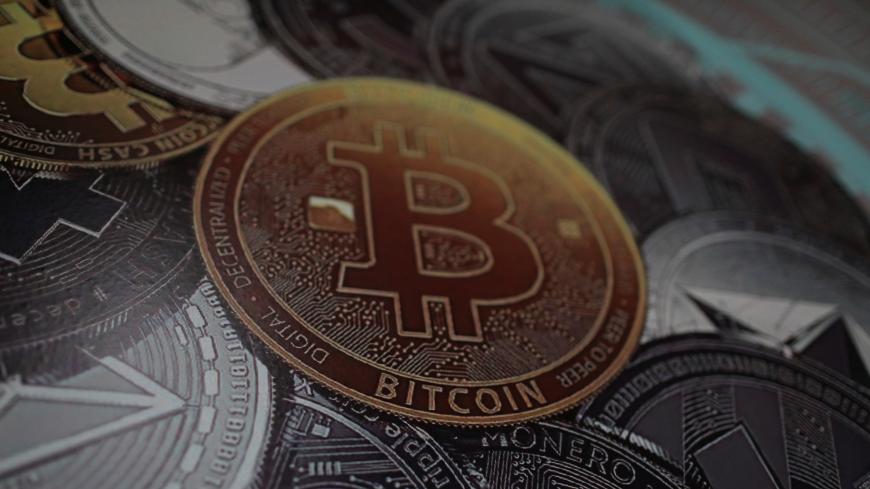 The United States is working on adopting legislation to block Iranian digital currency, as it did against Venezuela's cryptocurrency, shown here, Caracas, Feb. 23, 2018. - REUTERS/Marco Bello

Iran has for years had to get creative to conduct financial transactions and fight off increasing economic isolation stemming from sanctions. First there were multilateral restrictions imposed by world powers and now unilateral sanctions reimposed by the United States after President Donald Trump abandoned the Joint Comprehensive Plan of Action in May 2018. What Iranian Foreign Minister Mohammad Javad Zarif has called the “art of evading sanctions” is now set to extend to digital currencies.

Iran’s development of a sovereign cryptocurrency is being conducted under the auspices of the Informatics Services Corporation (ISC), an executive arm of the Central Bank of Iran in charge of the country’s payment systems. In a statement released July 25, 2018, the ISC announced that the sovereign digital currency would be pegged to the rial — which had a rocky 2018, losing about 60% of its value against the US dollar — and was ready for trial runs. Also according to the statement, the crypto-rial was to be offered to Iranian commercial banks within three months to be used as tokens and payment instruments to clear interbank transactions.

ISC chief executive Aboutaleb Najafi then explained on Aug. 27 that the rial-backed digital currency had been developed using the Hyperledger Fabric blockchain framework, a project hosted by the US-based Linux Foundation. In his telling, the crypto-rial was developed on a private blockchain and cannot be mined. Commercial banks using it must maintain the network and establish an integrated Know Your Customer (KYC) platform. The digital rial may later be made accessible to businesses and the general public.

The ISC project is separate from another digital currency, the exact details of which have not yet been disclosed but whose existence was announced on Feb. 21 by ICT Minister Mohammad Javad Azari Jahromi in a tweet.

Unsurprisingly, the United States has already introduced legislation aimed at blocking Iran’s digital currency even before its official unveiling. On Dec. 13, Republican Senator Ted Cruz of Texas introduced the Blocking Iranian Illicit Finance Act (S. 3758) to impose sanctions with respect to “the development and use of Iranian digital currency.” The bill has been referred to the Senate's Committee on Banking, Housing, and Urban Affairs. Representative Mike Gallagher of Wisconsin introduced a corresponding bill in the House of Representatives four days later.

The bill targets “all transactions related to, provision of financing for, and other dealings in Iranian digital currency” by persons both inside and outside the United States. Foreign violators will expose themselves to sanctions, including account limitations, blocking of property and visa bans, while American or US-based users will face hefty civil and criminal penalties.

The bill also seeks to closely monitor Iran’s advances in digital currencies. It calls on the secretary of the Treasury to submit a report to Congress on the progress of the sovereign cryptocurrency within 120 days of the bill’s enactment. The report must include an assessment of progress, descriptions of technical details, identification of state and non-state actors assisting in the development of the sovereign cryptocurrency and analysis of the currency's potential effectiveness against US sanctions.

In March 2018, the United States had taken the same actions concerning the petro, Venezuela’s oil-backed state digital currency unveiled by President Nicolás Maduro. The petro, which allegedly raised $735 million in a pre-sale, is hardly an internationally accepted cryptocurrency today and is lagging locally as well. The economies and sovereign cryptocurrencies of Iran and Venezuela differ significantly, however.

To start, Maduro has hailed the petro as the cornerstone of a recovery plan for crisis-stricken Venezuela, whose inflation rate the International Monetary Fund projected would reach 1 million percent by the end of 2018. Among other things, the socialist president plans to sell oil for cryptocurrency.

In contrast to Maduro, Iranian President Hassan Rouhani has maintained a safe distance from the crypto-rial. Although he has attended several high-level meetings on the use and regulation of digital currencies, he has yet to publicly say a word about them. More important, while skirting sanctions and facilitating payments rank high among the reasons for the crypto-rial, Iranian authorities seem to be aware of its limitations in the face of US sanctions. They are busy handling the effects of the currency crisis that resulted from the return of sanctions and is battering ordinary Iranians, but they have not banked heavily on the crypto-rial in the short term to compensate.

Digital currency-specific American sanctions will most certainly kill any hopes of the crypto-rial obtaining a foothold for international exchanges. Current financial sanctions have already created various problems for ordinary Iranians, with a number of major cryptocurrency exchanges cutting ties with Iranian users.

At the international level, the crypto-rial has its centralization working against it as well. One of the main attractions of cryptocurrencies is their decentralized nature — the fact that each individual will work toward their own personal gain, but will simultaneously ensure that the public blockchain is secure, a network that does not belong to any single person or organization (save for crypto whales, of course). On the other hand, running the crypto-rial on a private blockchain means that another major crypto draw, namely transparency, will be limited at best.

So instead of aiming too high to no avail, Iranian authorities are eyeing the more reasonable medium-term goal of employing the crypto-rial or similar blockchain-enabled solutions to facilitate trade with strategic allies. In May 2018, the head of the Iranian parliament’s Economic Commission Mohammad Reza Pour-Ebrahimi, an outspoken proponent of tapping into blockchain potentials to circumvent external restrictions, met with Dmitry Mezentsev, chair of Russia's Federation Council Committee on Economic Policy. He proposed that Iran and Russia, both currently sanctioned by the United States, employ cryptocurrencies to circumvent dollar transactions and skirt sanctions.

Conducting bilateral or multilateral transactions using digital currencies will certainly prove to be a difficult task. Such initiatives require extensive negotiations to work out the legal and technical kinks and develop sufficient infrastructures, most likely taking years to yield tangible results. They are not, however, impossible and are perhaps not too far in the future given the sense of urgency created by the US sanctions. Indeed, the report envisioned by the US Senate calls for an assessment of the potential assistance of the governments of China, Russia, Venezuela and Turkey in developing Iran’s sovereign cryptocurrency.

An increasing focus on cryptocurrencies and blockchain technologies by Iran will hasten their nationwide use in the long term. It is not too far-fetched to imagine a future only a decade away in which the existing SHETAB interbank system is replaced with a blockchain-based, real-time transparent clearing system.