The young founder of two innovative projects believes that the Gaza Strip needs entrepreneurs and innovators who fight daily challenges. 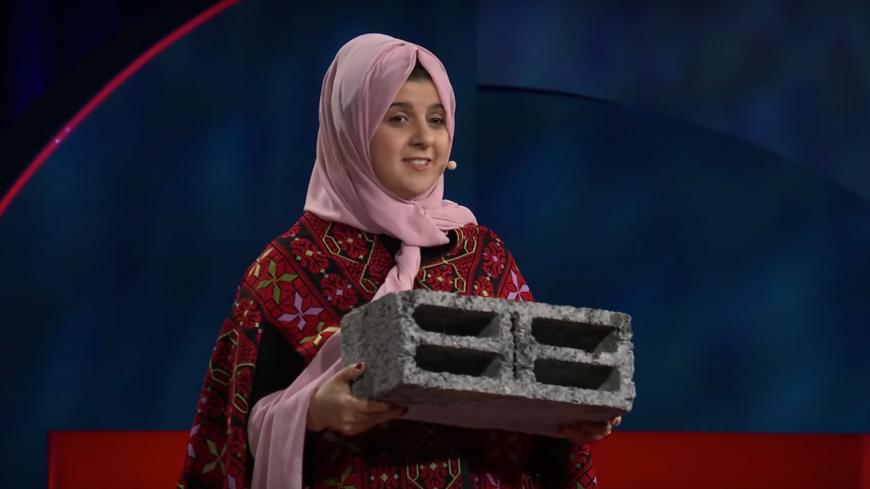 Palestinian entrepreneur Majd Mashharawi holds one of the concrete blocks she developed during her TED Talk, seen in a still from a video uploaded April 2, 2019. - YouTube/TED 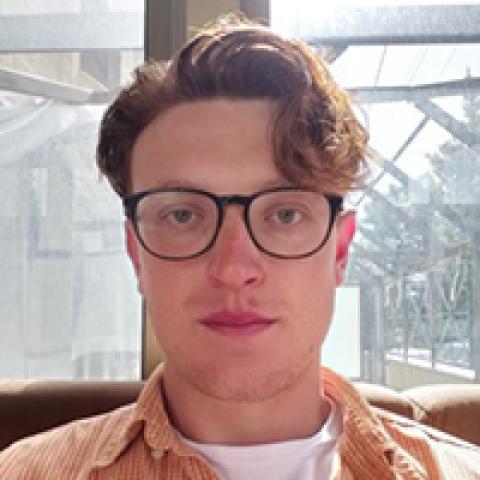 GAZA CITY, Gaza Strip — Talking to Majd Mashharawi in Amman’s Books@Cafe, it is clear that she is used to making difficult decisions. She explains that when she was 18, her father gave her a choice: Either get married or go to a university. She chose to study civil engineering at the Islamic University of Gaza where the male-female ratio was 6-to-1. She was told that such a decision would lead nowhere.

Two years after her graduation, she had already claimed international attention by finding a way to use ashes and rubble to make concrete building blocks that were cheaper, more environmentally friendly and more readily available for the community in which she lives.

“In Gaza, we have a whole lot of nothing. I aim to create something from that nothing,” she told Al-Monitor, explaining that her company GreenCake, has so far created jobs for over 30 people, a great proportion of whom are newly graduated female and male students from the University of Gaza. Employment is rare in Gaza’s crippled economy, where 56% of graduates were unemployed in 2017, according to Palestinian Central Bureau of Statistics’ figures.

“This block is not only a building block, it changed the stereotype about women in Gaza,” Mashharawi proudly declared, highlighting that the company has female employees in all aspects of the production process, a rare phenomenon in Gaza’s conservative society. “I see myself founding a social movement that calls for people's rights in the Gaza Strip. And to be able to do that, we need people who believe in the same mission and vision that I believe in.”

In 2017, she received an innovation prize in Japan and was designated one of the “Most Creative People in Business in 2018” by Fast Company, an economics media outlet.

By that time, Mashharawi had already moved on to a new idea to solve Gaza’s energy shortage. She is the founder and CEO of SunBox, a company that produces solar-powered charging units, vital technology in Gaza where most people only have unreliable access to electricity between three to six hours each day.

The project is of vital importance for people like Samar, a tailor and mother of six children living in Gaza City. Samar has no choice but to rely on the intermittent electricity supply to run the respiratory device necessary for her son’s lung disease. The device cannot run solely on batteries and needs a constant electricity supply in order to work effectively.

Due to the electricity shortage, she used to take her son to the nearest medical center daily at irregular times whenever there was a power cut. At times, bad weather meant that she was unable to make this journey, at which point her child's medical situation would deteriorate.

All this has changed with SunBox. “SunBox is more than a solar device that provides light for my children to study and runs the TV. It really changed my life by providing electricity for the medical device for my sick child. Now I do not have to worry everyday whether I can go to the hospital or not,” Samar told Al-Monitor.

Mashharawi is aware that she is one of the 2.1 million Gazans whose life is filled with hardship, but she despises self-pity. Instead, she stressed in her 2018 TED Talk that in order for life in the Gaza Strip to improve, people must become empowered through the economy and an increase in the number of social enterprises. “Education is the strongest weapon we have to fight for our freedom, decent life and our future,” she added.

In November, Mashharawi traveled to California to deliver her TED Talk, which has had more than 972,000 views worldwide. However, she was unsure if she was going to be able to attend the event due to the travel ban Israel has placed on the citizens of Gaza, often at short notice and without clear reasons. Such restrictions have strong economic, social and mental impacts on the community. “We feel trapped,” she said over the phone earlier this year. “There is a reason Palestinians call Gaza the world’s largest open air prison.”

A 2012 UN report predicted the Palestinian enclave would be “unliveable” by 2020 if no action was taken to end the blockade. In June 2017, a UN report on living conditions in the Gaza Strip stated that all the indicators are going in the wrong direction and that the deadline is actually approaching faster than predicted.

However, Mashharawi is determined to remain positive. “Sharing my experiences with others is very important to me,” she noted. “Only by learning about each other, by connecting with each other, will we become closer and more cooperative. … Watching the dreams of other people come true because of the work I am doing helped a lot to continue every single journey I started."

Though there is little hope of the blockade ending, In Mashharawi’s eyes, the future is bright, and life will continue to improve, owing to “the huge potential people in Gaza carry, even though they know that tomorrow is not carrying any hope.”