Egypt presses ahead with nuclear power 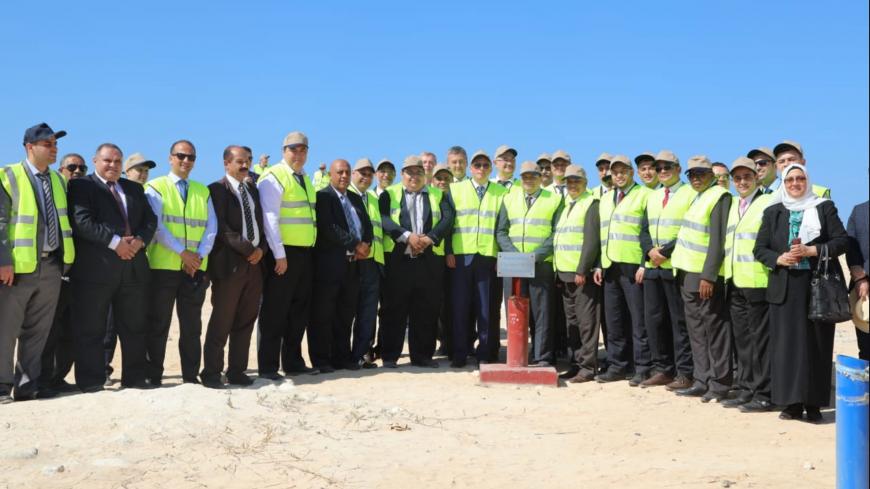 Egypt's Nuclear and Radiological Regulatory Authority (ENRRA) has approved the site of al-Dabaa in the first step of the licensing process required to build a nuclear station. The ENRRA oversees nuclear activities in Egypt to ensure the safety and security of people, property and the environment from the risk of radiation.

The nuclear power station at al-Dabaa will be built by Egypt’s Nuclear Power Plants Authority (NPPA), which is affiliated with the Ministry of Electricity and Renewable Energy, in cooperation with a Russian contractor.

NPPA head Amjad al-Wakeel told Al-Monitor that the ENRRA license means that al-Dabaa site meets Egyptian and International Atomic Energy Agency standards. The Ministry of Electricity and Renewable Energy announced in January that the infrastructure for the project, which will house four nuclear reactors in Marsa Matruh governorate on the Mediterranean coast, had been completed.

ENRRA spokesperson Karim al-Adham told Al-Monitor that ENRRA is conducting a final review of the documents of the safety report for the new station and stressed that the authority has conducted several tests to verify the site’s suitability, including environmental impact studies to ensure there will be no harm for the area's citizens and environment.

In 2008, Russia and Egypt signed an agreement of cooperation on the peaceful use of nuclear power. In 2015, the two countries signed another agreement to build a nuclear station at al-Dabaa and in December 2017, they signed a deal to begin work on the site.

The project will be completed in eight stages, with the four reactors constructed by early 2020. All eight stages are scheduled to be completed by 2025. The project’s first stage is projected to cost $10 billion, and the overall project will cost $25 billion. A Russian loan will cover 85% of the project cost, and the Egyptian government will cover the rest. According to the head of the Nuclear Power Plants Authority, Mohammed Khayat, the interest on the loan after settlement is estimated at $5 billion, but that could increase if the Egyptian pound drops against the dollar.

Through the government’s Sustainable Development Strategy – Egypt’s Vision 2030, Egypt seeks to increase its use of renewable energy sources to 44% by 2030. That figure is 9% currently. The step would help Egypt reduce its CO2 emissions by 10%.

Addressing potential safety and health risks, Mounir Moujahed, who once directed site operations for al-Dabaa and is now an independent technical adviser on nuclear power applications, told Al-Monitor that Egypt will export the depleted nuclear fuel to Russia for treatment. The Russian company Rosatom, contracted to establish the nuclear power station, will transport the waste to Russia, where it will place it in tempered glass bottles before sending them back to Egypt to be buried.

Medhat Sabeq, a safety expert for the ENRRA, told Al-Monitor, “Al-Dabaa was selected for its suitability and safety. It is close to water, which can be used to cool nuclear power stations. Al-Dabaa's site is stable and far from the seismic belt, which guarantees that no nuclear leaks will happen. It is also around 60 kilometers (37 miles) from residential areas and will not be harmful to the environment or residents.”

Egypt’s aspiration to build a nuclear power station dates to the 1950s, during the days of President Gamal Abdel Nasser, and the Russians were strongly supportive of the idea. Moscow cooperated with Cairo to establish the first nuclear reactor for research and training in Inshas northeast of Cairo in 1961. Other nuclear projects were proposed during Nasser’s days and then during Mohammad Anwar al-Sadat’s rule in cooperation with the United States until the early 1980s, but none came to fruition.