Egypt is preparing to build the second unit of the Dabaa nuclear power plant about five months after establishing the first unit. 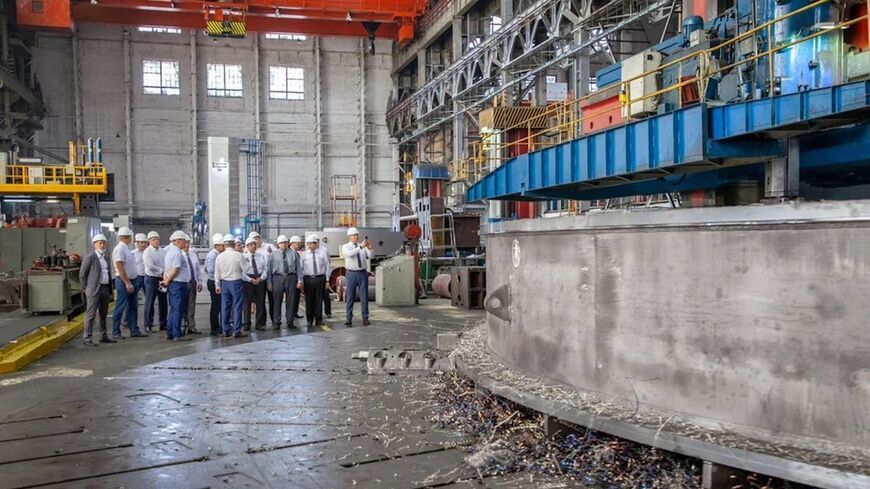 On Oct. 31, the board of directors of the Egyptian Nuclear and Radiological Regulatory Authority (ENRRA) granted permission to establish the second unit at the Dabaa nuclear power plant, northwest of Cairo.

ENRRA granted a construction permit for the first unit on June 29.

According to the ENRRA statement, the authority has taken "the radiological procedures necessary to verify the availability of the maximum levels of safety for the nuclear project in El-Dabaa in accordance with the highest international standards.”

ENRRA has also carefully evaluated the differences between the first and second units, in addition to conducting a number of inspection visits to the Dabaa nuclear power plant, in order to determine the site’s readiness to begin the construction of the second unit, according to the statement.

Ali Abdel Nabi, former NPPA deputy head, told Al-Monitor that the construction of the second unit includes establishing the base for the so-called containment vessel with a depth of 4 meters, which is an essential part of the plant that includes all the equipment that is subject to the nuclear safety system, such as the reactor core, steam generators and the compressor.”

Abdel Nabi added, “The containment vessel is designed to withstand 8.0 magnitude earthquakes or the collision of a 400-ton aircraft traveling at 150 meters per hour, as well as floods and strong hurricanes. It is equipped to protect the station from any natural disaster to avoid the leakage of any radioactive materials into the environment.”

The Dabaa project is located along the northwestern coast of Egypt on the Mediterranean Sea. The project is being carried out over three phases: the preparation phase, which began in December 2017; the phase to obtain construction permits; and the final phase of conducting tests.

The project includes the construction of four Russian VVER-1200 (AES-2006) pressurized water reactor (PWR) units with a capacity of 1,200 megawatts per unit, one of the most common types of reactors worldwide.

Abdel Nabi said, “After housing all parts and heavy equipment, operating tests will be conducted, which may be four years from now. Any nuclear plant needs to obtain four permissions for site validity: the beginning of construction, the beginning of tests and fuel loading, and lastly the operating permit. Plants must also obtain two other licenses: one for operation after the completion of construction, and the other for evaluation after the end of the reactor's 60-year life limit.”

Egypt believes the Dabaa nuclear power plant is an important element in its sustainable development strategy, as the project aims to diversify the country’s energy sources and preserve nonrenewable natural resources, in addition to producing and generating high energy, which helps meet the growing demand for electricity. It is also a clean energy source that is free of carbon emissions and plays a prominent role in facing global warming.

The NPPA is the owner and operator of the project, and the main contractors are entities from ROSATOM and its subsidiaries, while the cost of constructing the reactor is about $30 billion.

Maher Aziz, a member of the World Energy Council, told Al-Monitor, “Granting permission to build the second unit means that the construction program is going well and has gone a long way in building the plant. This means that the project is so far a success.”