The Saudi Kingdom watches cautiously as Algerian protesters bring back the 2019 version of the Arab Spring to demand an open political system. 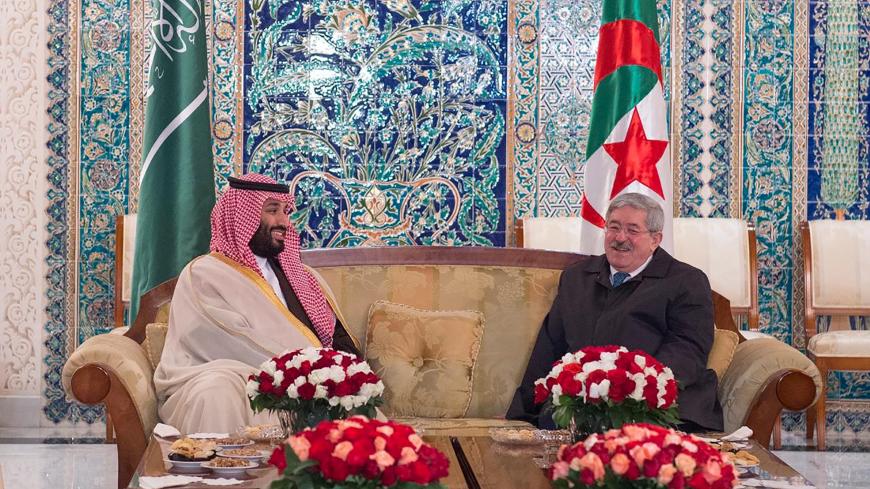 The Saudis are quietly watching developments in Algeria with great concern that the Arab Spring is coming back. They are worried about the implications of an increasingly incapacitated, elderly leader being ousted by popular demonstrations and demands for a more open political system — both anathemas to the Saudi absolute monarchy.

The kingdom was terrified by the Arab Spring in 2011 and offered Tunisia’s ousted president exile; he’s still there. It sent troops into Bahrain to stop the reform movement against the king; they are still there. The Saudis were horrified by the removal of Hosni Mubarak and spent a small fortune to help the army take power. Gen. Abdel Fattah al-Sisi had been the Egyptian defense attache in Riyadh. He was the kingdom’s man, and he still is.

At home, King Abdullah spent $130 billion to buy off potential unrest. He drew down Saudi reserves to raise salaries, build homes and improve the quality of life. It worked.

In 1992, when the Algerian army seized power after Islamists won parliamentary elections, the Saudis weighed in with the George H.W. Bush administration to back the army. The army takeover led to a decade of gruesome civil war in Algeria, a cathartic event that probably helped keep Algeria relatively quiet in 2011.

Despite the differences between a Wahhabi absolute monarchy and the socialist government of a People’s Democratic Republic, the Saudis are glad to have a fellow police state in the Maghreb. Former Crown Prince Mohammed bin Nayef had a palace in Algiers where he liked to rest. His successor, Crown Prince Mohammed bin Salman (commonly referred to by his initials, MBS), visited Algiers in December, but President Abdelaziz Bouteflika was too ill to receive him personally.

The Saudis have little capability to help the Algerian leadership, known as Le Pouvoir, hold on to power. Their reserves are much drawn down from 2011. MBS is the epitome of a ruthless dictator that the Algerian people are protesting against. His visit was widely denounced by Algerians. The Saudis probably will press the Donald Trump administration to back an army takeover, but the United States has little influence in Algeria. The Algerian army has long maintained a distance from the Americans.

The crisis in Algeria may be encouraging a rapprochement between Saudi Arabia and Morocco — two old allies who have had some tensions recently. Moroccan King Mohammed VI pointedly refused to meet with MBS last year after the premeditated murder of journalist Jamal Khashoggi, and MBS did not visit Morocco on the same visit that took him to Algeria. Morocco announced its withdrawal from the Saudi-led coalition in Yemen, which is MBS’s signature foreign policy program this winter.

But the two kings had a phone call this week to patch up the differences. The official readout stressed that the two kingdoms are brothers and any differences are minor. No doubt both Saudi Arabia's King Salman bin Abdul-Aziz Al Saud and King Mohammed VI are worrying about the future stability of Algeria.

In some ways, Saudi Arabia is better prepared to handle any domestic unrest today than eight years ago. MBS has instituted a reign of terror unprecedented in the modern history of the kingdom. Khashoggi's murder is only the tip of the iceberg of repression. Nayef is still under house arrest almost two years after his sacking, and the internet is closely surveilled by the state.

But in other ways, the kingdom is less prepared and more vulnerable. Reserves are much less and oil income is down. The detentions of many prominent citizens — including royal family members — has created divisions in the Saudi establishment that were not there in 2011. The Saudi leadership is eager to not take any chances. If Bouteflika goes, they hope the army keeps power.