The king of Saudi Arabia has replaced his successor with his favorite son Mohammed bin Salman in a move that was not entirely unexpected, but perhaps poorly timed for Saudi stability. 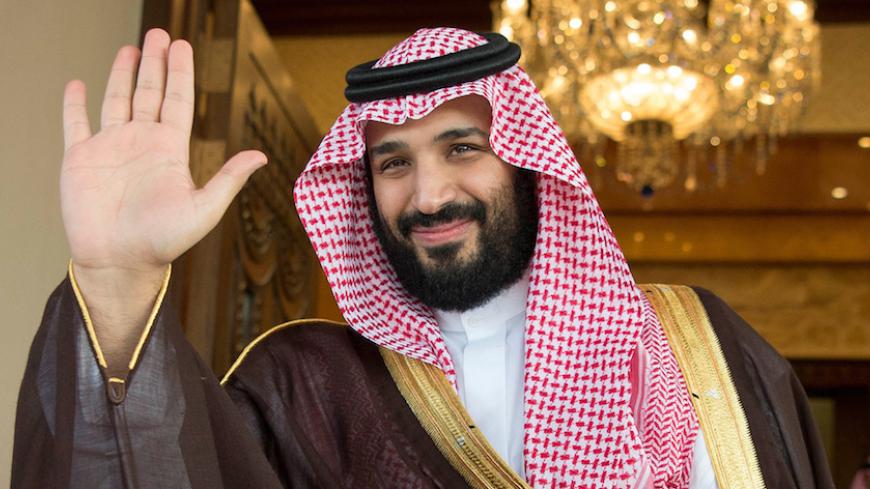 The king has now twice removed the sitting crown prince, a heretofore unprecedented move in the kingdom. Two years ago, Salman deposed his half-brother Prince Muqrin with no explanation and promoted Mohammed bin Nayef. The latest move puts Mohammed bin Salman, 31, next in line for the throne.

For over half a century, the line of succession in the kingdom moved laterally among the sons of the founder of the modern kingdom, King Abdul-Aziz. This process produced stable, legitimate and predictable outcomes, but its end was inevitable. By removing Muqrin, King Salman accelerated the moment of truth. Now he has skipped a generation in the succession process and gone to the grandsons of Ibn Saud. The royal court has announced that a majority (31 of 34) of the living descendants of Ibn Saud (the members of the Allegiance Council) approved the change.

Mohammed bin Nayef has been the powerful interior minister for a decade, overseeing a million-man bureaucracy that ruthlessly fought both terrorism and dissent. The "deep state" was his power base but Mohammed bin Nayef has seen his role steadily diminished by the king. Salman revoked the ministry's power to prosecute just days ago. Mohammed bin Nayef's health has also been a question since he survived an assassination attempt by al-Qaeda in 2009. He was so depressed that he spent over a month sulking in Algeria a year ago, neglecting his duties.

The king's health is also in question. At 81, he has kept a busy schedule so far this year, traveling for a month in Asia, attending the Arab summit in Amman and hosting the US president and 50 Muslim leaders for a summit in Riyadh. He suffers from pre-dementia, however, and often takes lengthy vacations.

Mohammed bin Salman is Saudi-educated, ambitious and popular with young Saudis. He enjoys public attention and cultivates his image in the Western media. He has positioned himself as a reformer who wants to reduce the kingdom's dependence on oil income. He is the author of Saudi Vision 2030, which promises economic reforms like opening the national oil company Aramco to limited outside investment. He has also promoted popular cultural changes like allowing concerts and other entertainment events, arousing muted criticism from the powerful religious establishment.

Mohammed bin Salman's signature policy initiative is the 2½-year-old war in Yemen, as its architect. The war is a disaster for the kingdom, the region and especially the Yemeni people. Instead of a quick and decisive victory, the Saudis have only achieved stalemate and quagmire. The Saudi military has proven incapable of defeating a much less equipped Yemeni enemy. The Houthi rebels and their ally former President Ali Abdullah Saleh are still in control of the capital and most of northern Yemen. They have destroyed many Saudi villages along the border and fired missiles at Saudi cities. Their ally Iran enjoys watching the Saudis spend billions in a war against the poorest country in the Arab world.

The war has undercut the kingdom's traditional alliances. Pakistan refused repeated requests to send troops to fight the Houthis. Oman opted to stay out of it. Egypt provides only token assistance. For Yemenis, the war has brought mass starvation. Cholera has broken out. A child dies every 10 minutes as a consequence of the war, and 7 million people are at acute risk. The United Nations has called the crisis the worst humanitarian disaster since 1945.

Saudi diplomacy also created a crisis in the Gulf Cooperation Council by trying to isolate Qatar after the Riyadh summit. The move has ruptured the traditional Saudi alliance structure. Turkey has come to Qatar's support and Iran is posturing as Qatar's ally, while Pakistan and Oman are again neutral.

Saudi Arabia is an absolute monarchy and theocracy. The king has complete authority and control. His choice of his favorite son is likely to provoke quiet muttering and complaining in the family and the clerical establishment, but not a challenge. The longer-term costs of upsetting the legitimacy of the line of succession in the midst of low oil prices and regional tensions are much more worrisome. The young prince is poised to inherit a kingdom under stress at home and abroad.