Why Egyptian farmers' sons would rather migrate than work in fields

​Agriculture in the Egyptian countryside is in decline as farmers' offspring would rather move abroad than stay at family farms. 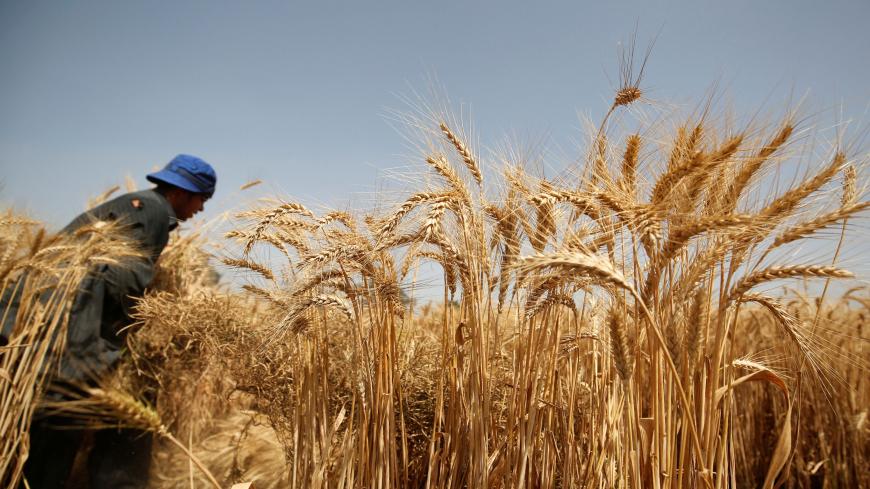 TATOUN, Egypt — With its well-kept European-style villas, high-rise buildings, chic cafes and pizzerias, Tatoun is a far cry from nearby villages in Egypt’s central governorate of Fayoum. The picturesque village, which has a population of 54,000, is known as “Little Italy,” because about one-fourth of its working-age residents live and work in Italy, sending money back home.

Many of those who have found their way across the Mediterranean have made use of the Italian legal system, which does not immediately deport unaccompanied minors, Hussein Mohammed, a member of the Tatoun village council, told Al-Monitor.

Italian legislation forbids the return of unaccompanied minors at the border, and, as per a 2017 amendment, simplifies the procedure for the issuance of “a special residence permit for minors” to non-asylum-seeking unaccompanied minors. Confident that they can enter the country illegally and then get a residence permit for employment or study when they turn 18, families from Tatoun do not hesitate to pay a trafficker to take their 16- and 17-year-old sons to the Italian coast.

Mohammed Ahmed went to Italy seven years ago, right before he turned 18.

“Here, a man is born dreaming to migrate to Italy. Every household in this village has two or three members working in Italy,” Ahmed, on a vacation in his hometown, told Al-Monitor.

He worked as a construction worker in Naples for seven years, saving just enough to buy land in his natal village. Land in Tatoun, a growing village with better infrastructure compared to nearby villages, is already expensive. Ahmed said he paid 1.5 million Egyptian pounds ($85,000) for his strip of land, about three times as much as a similar piece of land in another village. But he thought it was well worth the investment as the village was growing with newly constructed houses everywhere.

Local council member Hussein Mohammed told Al-Monitor that Tatoun is extending to the border of the neighboring villages. The village’s lands are changing hands already, as some of the residents sell their agricultural land to finance the journey of their sons to Italy and those who return buy new land in the village. However, most will use the land for the construction of houses, not for agriculture. Ahmed, for example, has no intention of staying and working on the land, following in the footsteps of his father. He said that he will return to Naples to work and continue to send money to his family in the village.

Awad Hamdi, a farmer and father of three, who lives in al-Hishma village located only a few miles from Tatoun, told Al-Monitor why the younger generation is abandoning agriculture. “Farmers can no longer make ends meet. Therefore they sell their strips of agricultural land to contractors who will build residences. Others who want to keep the land send their offspring to work outside the village and try to keep the farm going through what they receive,” he said.

Hamdi added that the farmers who want to keep running their farms face many difficulties, ranging from water shortages to the quadrupling fertilizer prices following the government's decision to lift subsidies on fertilizers in 2014.The price of seeds has risen by 100% and the increasing price of diesel and pesticides is also affecting the situation of farmers.

The Egyptian government sends strong messages that it wants to recover the agricultural sector. On Dec. 22, President Abdel Fattah al-Sisi inaugurated the “National Greenhouse Project” in 10th of Ramadan City, a first-generation urban community in Sharqiyah governorate. The project, carried out by the armed forces, will establish 7,100 greenhouses in an area of 34,000 feddans (roughly 35,200 acres) to the north of Cairo. This project is in line with a major project called "1.5 Million Feddan Project" launched two years ago, which aims at reclaiming desert lands and investing in them by tapping into groundwater and aquifers.

But despite those projects, both farmers and their associations complain that the government does not make life easier for those in rural areas. According to Hussein Abu Saddam, head of the Farmers Syndicate, infrastructure such as water, sewage and transport systems, as well as schools and hospitals, are lacking in most villages.

“As a result most farmers want their children to leave and work abroad,” he told Al-Monitor. “The new generation does not want to work on a farm like their fathers, particularly if they have a diploma that will enable them to work in another profession … even if they end up doing something that is not related to their area of study.”

Nour Jaber, a farmer in Harab Shant, a village 150 kilometers (93 miles) south of Cairo, told Al-Monitor that he sent his three sons to Cairo. They work in restaurants and send money to the family and put aside some funds for the cost of their sister's wedding.

Jaber still cultivates 2 acres he inherited from his father. "I cultivate crops [such as garlic and corn] that are easy to grow as I am the only one working on this farm now," he said.

In Harab Shant village in Beni Suef governorate, most agricultural fields look neglected — a sign that young people have left the small village and there is no one to work the land. Older residents complain that there are not enough employees working on farms to cultivate the fields efficiently. Yet they acknowledge that the youth in the village are better off working elsewhere.

Shaban Jaber, Nour's brother and a father of four, told Al-Monitor that the net profit he generates every agricultural season, spanning four months, does not exceed 3,000 Egyptian pounds ($170). He said that he does not want his children to work in agriculture when they grow up.

He had to sell part of his agricultural land to constructors who wanted to build residences on them. “Otherwise I would not be able to cover the family’s expenses and finance the education of my children,” he added.

Spokesman for the Ministry of Agriculture Hamid Abdel Dayem said that farmers are not in dire straits as the price of the cops increases, too. In a brief statement to Al-Monitor, he said, "At the time when the price of agricultural inputs has increased, the price of crops has seen a surge as well.”

But the former chairman of the Horticulture Research Institute, Gharib al-Banna, simply denies that, citing the price of wheat as a example. "The state imposes a compulsory pricing mechanism on farmers, which is lower than the global price," he said.

Banna argued that farmers’ lives have become miserable due to the state's negligence toward them. “Cultivating a strip of land no longer secures a satisfactory income that encourages the young generation to continue working in this profession,” he told Al-Monitor, suggesting that the government puts in place better programs for developing agricultural villages and allocates assistance packages for farmers.