Quality in education hasn't kept pace with the phenomenal increase in enrollment and facilities in Turkey's university system. 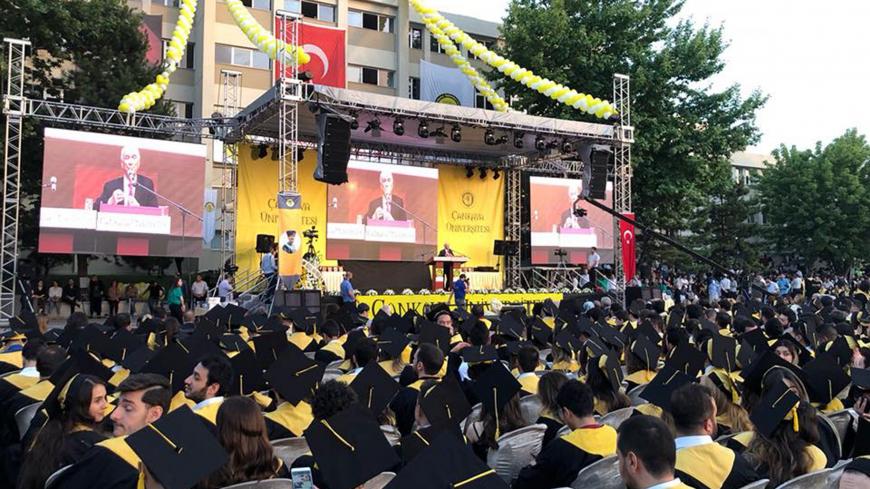 Undergraduate and graduate enrollment has increased spectacularly at Turkey's universities in recent years. And while the infrastructure has kept pace, the same can't be said of the quality of education.

In recent years, World University Rankings have consistently included six Turkish universities among the world's top 500, but only two made the 2019 list, showing serious deterioration in global standings.

Is there a ranking specifically of Turkish universities' quality? Sadly, there's no reliable and objective database. The Official Council of Higher Education (YOK), which regularly collects data about Turkish universities and should therefore have the most reliable information, doesn’t share it with the public. This, of course, is a major defect. Instead of objective information about the academic performance of universities, people have to rely on TV commercials, giant billboards and marketing ploys.

However, a report by Erhan Erkut, a professor at MEF University in Istanbul, attributed declining educational quality to the government’s policy of “a university for each city,” to the attractive profit to be made from undergraduate and graduate education and to private university education becoming a full-fledged, lucrative business.

In recent years, major corporations have focused on investing in "boutique" universities with enrollment capacities of 10,000-15,000 students. Many businesspeople dreamed of the prestige that comes from opening a university.

But the first danger signal of these relentless university investments came in 2018, when enrollment in private universities costing $4,000 to $10,000 annually declined significantly for the first time. While enrollment in free public universities last year fell to 85% of what it was just a few years before, private university enrollment was down to 73% of what it was previously. This shows that many students are being more selective and not applying to the most expensive private institutions.

“For a young academic candidate, the biggest problem is employment. We are having serious problems in finding financial resources to support our graduate and postgraduate studies,” she told Al-Monitor. “We have to pay back the credit given by the state. Also, you need more than academic competency to find jobs as researchers. First, to get a posting you would need connections, some sort of nepotism. Second, even if you find a job, you are obliged to provide services far beyond teaching and research, sort of as a clerk.”

Another academic from Episteme Academic Consultancy said the real problem in universities is at the doctoral level. “We mostly get demands to write theses and academic articles for our superiors. To write theses and academic articles for somebody else has become a lucrative sector in Turkey. Although we firmly reject such demands, they continue to pour in,” the academic told Al-Monitor on condition of anonymity.

It also appears that many students at the doctoral level do not receive the guidance they need from academic advisers.

In short, blame for the decline in Turkey's academic quality can be assigned to many factors. In addition to brain drain and the academic purges that have taken place since the failed coup in 2016, universities have also experienced the following: a serious lack of freedom of opinion and expression; control of universities single-handedly by the official YOK; private universities that focus on profits; inadequate training of academics; and the heavy workload of young academics. Also, sadly, when universities hire, connections often override merit.