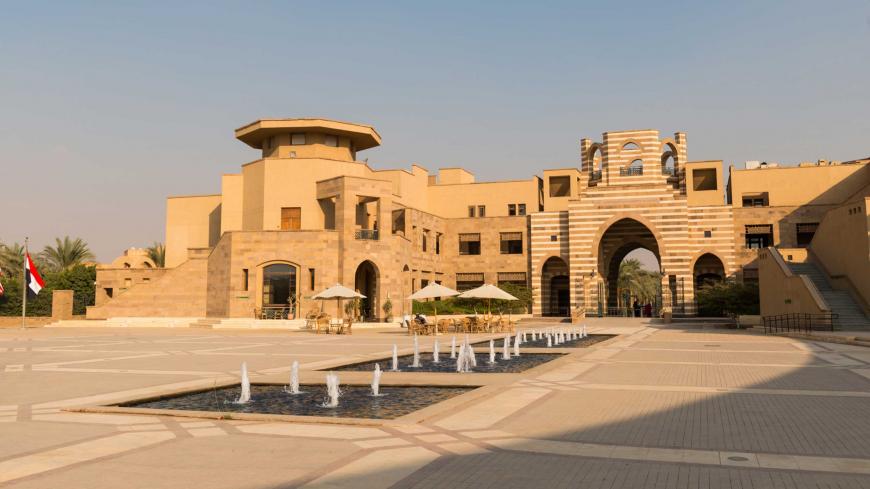 The campus of the American University in Cairo, Egypt, seen in a picture uploaded Feb. 27, 2018. - Facebook/aucegypt

CAIRO — In a bid to boost the levels of educational attainment in the undergraduate stages and in scientific research, Egypt’s President Abdel Fattah al-Sisi ratified on Aug. 6 a new regulatory law on the entry and operation of foreign universities to set up outposts in Egypt and award degrees.

“Egypt is maneuvering to extend its international engagement, to be a focal point for higher education in Africa and the Middle East,” said Adel Saleh, who is acting vice dean for the faculty of mass media at the British University in Egypt.

Saleh said the newly enacted law will make it easy for foreign universities to establish new branches in Egypt, avoiding the complication of lengthy procedures.

He also believes the new universities will help graduates obtain rewarding jobs and revive the job market, in addition to offering distinct advantages for the Egyptian academic staff, like enlarging the exchange programs for professional and academic development.

According to the law, the foreign universities have to emulate the same educational underpinnings and curriculum as applied on the home campus and set the typical admission criteria for students. Meanwhile, the proportion of Egyptian students shall not be less than half of the total number of enrolled students, in addition to allocating annual scholarship grants. Also, the new branches that will work as full-fledged universities have to apply the same accreditation and quality standards and propose a five-year vision plan to the higher education minister.

Furthermore, the law stipulates that the branch campus has to recruit seconded staff from the mother university, in addition to hiring international and local qualified staff.

According to the Higher Education Ministry, the total number of public universities with accessible study fees reached 24 universities in 2017 while grappling with a high rate of applicants and enrollees, while the number of private universities — which are often more expensive — rose to 26 universities.

The average costs for Egyptians to study at private universities range from 17,909 Egyptian pounds to 71,636 Egyptian pounds ($1,000 to $4,000) per year. However, the fees at public universities are estimated at $50. Meanwhile, there are a total of 158 private higher educational institutions in Egypt that offer lower degrees, which are different than university degrees.

The Education Ministry points out that the median enrolment of Egyptian students going on to higher education for the first time peaked at 2.7 million students in 2017 compared to 2.3 million in 2014; the accompanying teaching staff rose to 122,577.

On July 2, the first international campus of the University of Canada - Egypt was inaugurated in Sisi’s administrative capital in eastern Cairo. The university is currently accepting students and is set to commence operation in September, offering three degree programs in the first phase with annual fees starting at about 232,843 Egyptian pounds ($13,000).

According to Higher Education Minister Khaled Abdel Ghaffar, six international universities are set to be opened by 2019.

Meanwhile, on June 25, the Education Ministry signed a memorandum of understanding with the University of Liverpool for higher education and research collaboration.

“We are [not ranked in the top 500 universities in the world]. [I will] return [Egyptian colleges] to the top 50 universities,” Sisi stated in March.

According to the Quacquarelli Symonds annual world university rankings for 2019, Egypt’s five public universities, including Cairo, Ain Shams, Al-Azhar, Alexandria and Assiut universities, are ranked in ranges starting from 521-530 and going up to 801-1,000.

Kamel Wael, who is affiliated with the teaching staff of Helwan University, mounted criticism against this new type of transnational education, saying it will override the original goals and instead align more with the profitability goals for the sake of stakeholders, not aligning with the university’s core values.

“They are turning education from a service into a product,” Wael told Al-Monitor, noting that tensions between students from different social classes will be apparent in the branch campuses.

Attention must be paid to public universities that are packed with thousands of students and still operating under the old teaching strategy, Wael adds.

Egypt's university and other school education systems have been facing challenges in student quality, curriculum quality, research output, lack of financial allocations, well-qualified teaching staff and the absence of an updated curriculum design. All of this resulted in the current disappointing conditions that can be seen in the high rates of unemployment among youth given the lack of adequate qualifications. Hence, Egypt’s endeavors in creating high-qualified educational hubs could be a booming step.