Facing fallout in the West over the murder of Saudi journalist Jamal Khashoggi, Crown Prince Mohammed bin Salman hopes his upcoming trip to Asia will project an image of business as usual. 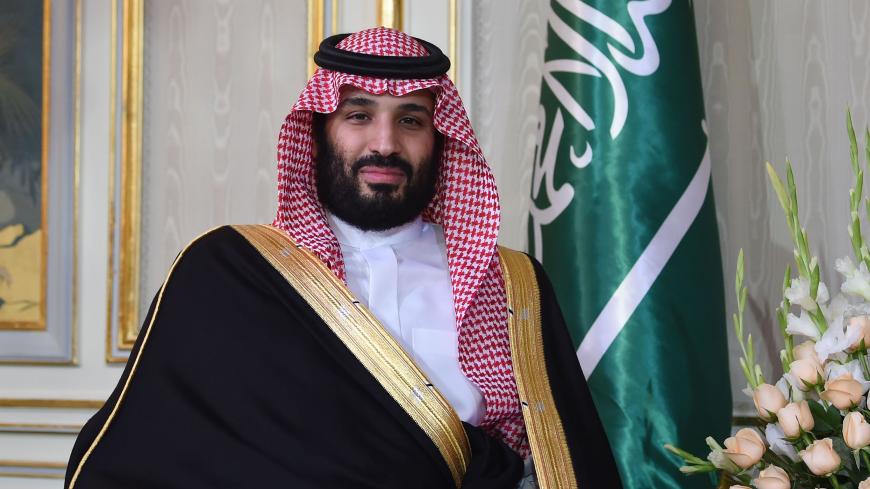 Saudi Arabia's Crown Prince Mohammed bin Salman is pictured while meeting with the Tunisian president during his arrival at the presidential palace in Carthage on the eastern outskirts of the capital Tunis, Nov. 27, 2018. - GETTY/Fethi Belaid

Saudi Crown Prince Mohammed bin Salman is traveling to five Asian countries later this month in his first foreign travels since the G-20 summit in Argentina. The Saudis desperately want to portray this as a business as usual trip, suggesting the fallout from the murder of Washington Post columnist Jamal Khashoggi in the Saudi Consulate in Istanbul is over. Details of the itinerary have been kept vague, probably for security reasons and fears of hostile demonstrations.

The crown prince, commonly referred to by his initials MBS, will first travel to Pakistan on Sunday. Pakistan’s Prime Minister Imran Khan was one of a handful of foreign leaders to visit Riyadh last October for an investment conference that was boycotted by most investors because of the premeditated murder of Khashoggi on Oct. 2. The crown prince is widely believed to have ordered the murder and dispatched a team of his henchmen to carry out the gruesome killing. The White House continues to try to shield him from investigation and sanctions, but the media and Congress are determined to hold him accountable.

For his attendance at the Riyadh conference and posing for pictures with the crown prince, Imran Khan was handsomely rewarded. He came home to Islamabad with over $6 billion in loans and deferred oil payments. The Saudis encouraged the United Arab Emirates to match their deal.

Despite the Saudi aid, the kingdom is not popular in Pakistan. Four years ago the Pakistani parliament voted unanimously to reject MBS' request for Pakistani troops to fight his war in Yemen. The Saudi war in Yemen is still deeply unpopular with Pakistanis. The crown prince is bringing his own vehicles and scores of bodyguards for security and the Pakistani army will be out in force to protect him.

The crown prince is bringing an entourage of over 1,100 people, including many Saudi business leaders. He is expected to sign multiple deals worth up to $15 billion in investments in Pakistan, including at its new Chinese-built port of Gwadar on the Indian Ocean.

After Pakistan he goes on to China, Malaysia, Indonesia and, finally, India. China and India are major consumers of Saudi oil. The Saudis are eager to attract foreign investors to the kingdom, especially as many in the West are leery of business with the Saudi prince after the Khashoggi murder and the continued revelations about his role in the killing.

As defense minister, MBS is responsible for the construction of a missile factory at a base for the intermediate ballistic missiles provided by Beijing back in the 1980s. The missile factory was only discovered last month. The Chinese and Pakistanis are both suspected of assisting in the construction of the factory. The two have a long history of cooperation in missile and nuclear weapons development. MBS’ visit to Islamabad and Beijing will doubtless rekindle suspicions of clandestine trilateral cooperation.

Indonesia sends more pilgrims to the hajj each year than any other country, but relations between Riyadh and Jakarta have long been frosty. Abuse of Indonesian domestic workers in the kingdom keeps the relationship strained. Past promises of large-scale Saudi investments have not materialized. The crown prince is eager to repair his image and reboot the relationship.

The visit to India comes in the midst of Prime Minister Narendra Modi’s campaign for re-election. The crown prince is likely to face some harsh media criticism over the Khashoggi murder from the usually contentious Indian press.

MBS was snubbed by the king of Morocco on his last trip and the president of Algeria did not receive him, citing poor health. The Saudis are eager for a better reception this time in South and East Asia.

Saudi King Salman made a similar trip to Asia in April 2017. King Abdullah made Asia the choice for his first foreign travel after ascending to the throne. The kingdom is increasingly tied economically to Asia. With the crown prince a pariah in the West, he needs a smooth trip in the East.