The Saudi pivot to Asia

The visit of Saudi Crown Prince Salman bin Abdulaziz al-Saud to China this week is also a signal to Washington. 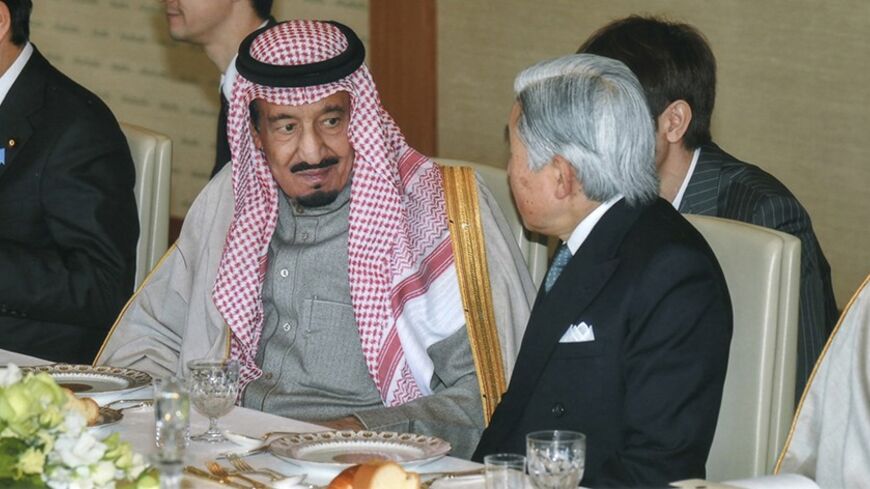 Saudi Crown Prince Salman bin Abdulaziz al-Saud’s visit this week to China — his second major state trip this year to Asia — underscores the kingdom’s pivot to the east. Long before the American pivot, Saudi Arabia has reoriented its economic and political priorities to South and East Asia.

Salman arrived in Beijing on March 13 for his first visit to China. Last month, the crown prince visited Pakistan, Japan, India and the Maldives. The two state visits symbolize the kingdom’s growing role in the economies of all five states. Saudi Arabia, the world’s largest oil exporter, now sells more than two-thirds of it oil to markets in south and east Asia. Saudi trade and investment are increasingly directed toward Asian markets rather than Europe or America.

Saudi Arabia’s turn to the east began almost a decade ago. King Abdullah bin Abdulaziz’s first foreign trip after becoming king was to India and China in January 2006. It was also the first ever visit by a Saudi monarch to China. At the time, Saudi officials cited the trip at a symbol of the kingdom’s growing interest in Asia’s two largest emerging economies. Saudi Arabia is today China’s largest trading partner in the Middle East.

The kingdom’s closest ties remain with Pakistan. The Pakistani press has reported that Riyadh provided a $1.5 billion loan to Islamabad to help Prime Minister Nawaz Sharif’s effort to get Pakistan’s economy out of its slump. The Saudis have a close relationship with Sharif, who lived in the kingdom in exile during the Pervez Musharraf dictatorship. Military and intelligence connections between the two are also very close. Saudi Arabia has provided more assistance to Pakistan over the last three decades than to any other country.

But Riyadh is eager to also have strong ties with India. Indian energy consumption is growing rapidly, and the Saudis have a keen interest in being a major exporter to New Delhi. The kingdom extradited a major terrorist from the Pakistan-based Lashkar-e Tayyiba group, Sayed Zabiuddin Ansar, to India in 2012, who had been involved in the November 2008 attack on Mumbai. Ansar was arrested while planning another attack on India from a Lashkar-e Tayyiba cell in the kingdom, and his arrest and extradition earned the Saudis significant favor in India. Both India and Pakistan have large diaspora communities working in the kingdom and the other Gulf states. There are over 1.5 million Pakistanis and a million Indians in the kingdom alone. Remittances home are crucial, especially to the Pakistani economy.

Last month in Tokyo, the crown prince celebrated the hundredth anniversary of the first Japanese Muslim to make the hajj to Mecca, and more importantly, signed a number of bilateral agreements on investment, trade and security cooperation. Japan imports more than a million barrels of Saudi oil every day.

Since the crown prince also serves as minister of defense, there has been extensive speculation about possible arms deals arranged behind the scenes on his two trips. Rumors that the kingdom solicited Pakistani shoulder-fired surface-to-air missiles for the Syrian opposition have been particularly frequent. There is also much speculation that the kingdom would like to replace its aging Chinese-provided intermediate-range ballistic missiles first delivered in the 1980s to Saudi Arabia with newer and more capable missiles. It is unlikely that either possible deal, if consummated, will be confirmed in public.

The crown prince’s travel undoubtedly is also intended to counter persistent reports of his ill health. Since the king’s health is also poor, it is important — with regard to the stability of the succession process in the kingdom — for Salman to be seen as conducting foreign and military business with the outside world. News of his visits in Islamabad, Tokyo, New Delhi, Male and Beijing, with photos of him meeting his counterparts, have been featured prominently in the Saudi press and television for the last month.

President Barack Obama travels to the kingdom at the end of this month for his second visit since 2009. The crown prince’s travels provide a subtle means of reminding Washington that it is no longer the only game in town for Saudi national security policy. The US-Saudi relationship remains a critical element in the kingdom’s foreign policy despite differences over Syria, Egypt, Bahrain, the Israeli-Palestinian peace process and Iran in the last year. Abdullah and Salman do not want to see further bumps in the American-Saudi partnership, but they also want to make certain they have other options besides reliance on America. Looking east is critical to that policy diversification.