Crown Prince Mohammed bin Salman's walk on the Great Wall of China, visits to Pakistan and India and the appointment of a Saudi princess as ambassador to Washington distract attention from the Khashoggi killing and the war in Yemen. 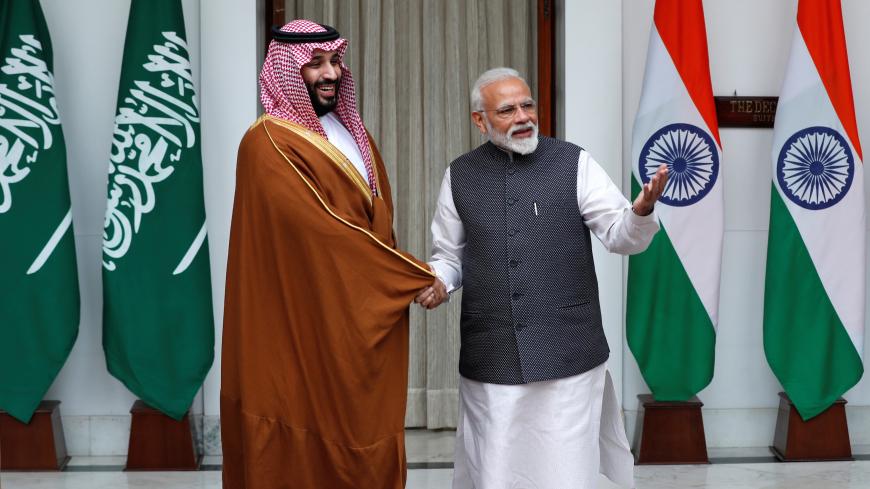 Crown Prince Mohammed bin Salman completed his reduced trip to Asia last week with an array of carefully staged photo opportunities to show he is still a credible figure on the world stage. His hosts — Pakistan, India and China — avoided awkward issues such as the premeditated murder of Jamal Khashoggi and the war in Yemen. In turn the crown prince promised huge investments and warm diplomatic support.

The principal goal of the trip was to restore the crown prince’s tarnished image and convince his Saudi audiences that he is still accepted internationally. The trip got off to an awkward start. First his arrival in Islamabad was delayed a day with no explanation provided as to why. Then two stops, Indonesia and Malaysia, were suddenly canceled, again without any explanation. Given that royal visits are carefully choreographed well in advance, the schedule changes suggest concerns that security issues arose, including fear of hostile demonstrations.

In Pakistan, Prime Minister Imran Khan staged a reception with bells and whistles. The Pakistani air force escorted the prince’s airplane inside Pakistani airspace. Khan was at the airport and personally drove Prince Mohammed — often referred to by his initials MBS — to his first appointment. The decades of close Saudi-Pakistani relations were hailed and an even better future promised. Mohammed was awarded Pakistan’s highest medal and received a golden machine gun.

Both sides need the other. Pakistan is in deep economic trouble. It is also accused by its three neighbors — Iran, Afghanistan and India — of harboring terrorists. Relations with Iran and India are especially strained currently. The crown prince needs a great reception to dismiss the stain of the Khashoggi murder and the humanitarian catastrophe in Yemen; both are widely blamed on him.

MBS promised $20 billion in new investment in Pakistan. Few experts take this seriously given his track record of big promises with little follow-through. Very few of the deals hyped during President Donald Trump’s visit to Riyadh in 2017 have materialized.

India insisted that the crown prince could not fly directly from Islamabad to New Delhi, a sign of how dangerous Indo-Pakistan relations are in the wake of several terrorist attacks by the Pakistani-created Jaish-e-Muhammad group this month. So the Saudis flew home to Riyadh from Pakistan and then back to India.

Prime Minister Narendra Modi rolled out another red carpet and hugged his visitor. The Saudis promised $100 billion in deals. The prime minister faces elections this spring so he wants to play the role of statesman.

In China, Mohammed walked on the Great Wall, an iconic photo op, and was filmed meeting with the Chinese leadership. China is Saudi Arabia’s biggest trading partner.

He also publicly supported China’s policy of interning its Muslim Uighur population in concentration camps as necessary to fight terrorism. A Saudi endorsement of the Chinese anti-Muslim program was a big concession by Riyadh. The backing of the Custodians of the Two Holy Mosques gives Beijing some cover in the Muslim world. Uighur activists had urged the Saudi leadership to help them but they were ignored. Saudi silence ensures the silence of the Organization of Islamic Cooperation.

Meanwhile, King Salman bin Abdul-Aziz Al Saud has gone to Sharm el-Sheikh to attend the first summit conference of the Arab League and the European Union. It’s his first foreign visit in more than a year. At the same time the kingdom announced that Khaled bin Salman was out as ambassador to Washington, a recognition that his association with his older brother made him toxic in the capital. He will become the deputy defense minister and Princess Reema bint Bandar Al Saud will be the new ambassador. Appointing the daughter of a very successful longtime ambassador to Washington, Prince Bandar bin Sultan Al Saud, is an attempt to reboot the kingdom’s image in America. It’s a recognition that the Khashoggi scandal is still a hot button issue in the United States.

Saudi Arabia has been tilting East for the last two decades because that is where the market is for its oil exports. The crown prince’s tour is a follow-up to visits by Kings Abdullah and Salman. It is also a way to distract attention from the negative press and commentary about the crown prince in America, Canada and Europe over Khashoggi, Yemen and other issues. But it doesn’t make those problems go away. The question is when will the crown prince be able travel to Western democracies again.