Gulf states are seeking to become major economic players in post-war Syria, but US sanctions are causing some states to proceed with caution. 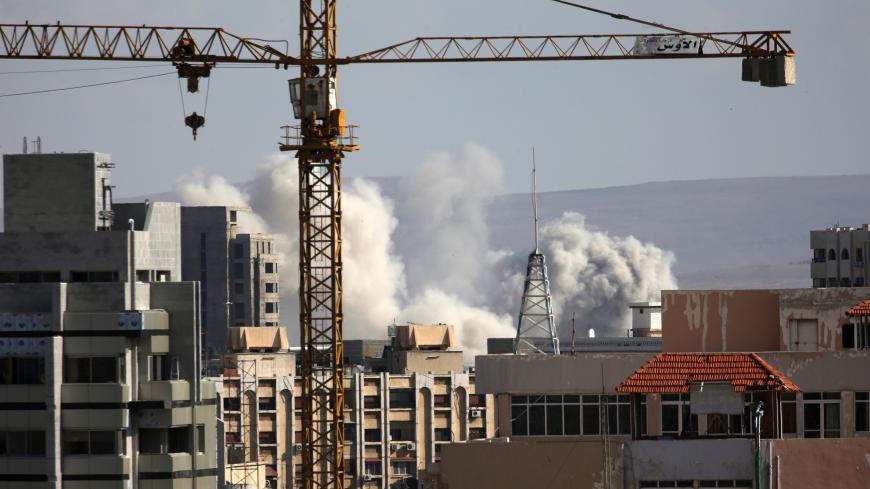 Since December 2018, Syria has achieved major diplomatic victories in terms of Damascus’ reintegration into the Arab world’s diplomatic fold. Regional states, which, to various extents, supported the Syrian rebels fighting to topple President Bashar al-Assad’s regime earlier in the conflict, have mostly come around to accepting the inevitable and started normalizing their relations with Syria. Yet the United States shuns Syria’s re-entry into the mainstream diplomatic arena of Arab states, believing that regional regimes should later leverage the opening of ties with Damascus as a bargaining chip to extract greater concessions from Assad.

By opposing the legitimacy of Assad’s government and continuing to impose sanctions on Damascus and individuals in Assad’s clique, Washington is creating dilemmas for Gulf Cooperation Council (GCC) states, such as the United Arab Emirates, that see Syria’s reconstruction as representing important opportunities for economic and geopolitical empowerment. Undoubtedly, securing lucrative contracts in Syria’s reconstruction will inevitably entail cooperating with the Damascus regime. Yet this reality has potential to create further complications in regional dynamics, as well as US-GCC relations.

The UAE’s hosting of a Syrian trade delegation earlier this month was a case in point. Mohammed Hamsho, a Syrian closely tied to the Assad family who has been sanctioned by the US Treasury, led the delegation. Other Syrian lawmakers and businessmen also targeted by US sanctions attended too. The long reach of US sanctions is unquestionably a concern for GCC states that seek to exert their influence in Syria, primarily via construction projects. Non-US companies, such as Emirati ones, seeking to enter Syria must account for Washington’s sanctions because any involvement of US citizens or American firms risks trouble. Given that Syria’s business climate is opaque, even careful companies that do their due diligence may find themselves violating US sanctions if they deal with Syrian individuals or entities targeted by Washington.

In September, the US administration announced the imposition of new sanctions on Syrian individuals and entities for having provided Assad’s regime with weapons and fuel. Two of the companies were UAE-based: International Pipeline Construction FZE and Sonex Investments Ltd. The US State Department may well target more entities in the Emirates based on their ties with the Damascus regime.

The Caesar Syria Civilian Protection Act passed in the House of Representatives on Jan. 23 but is currently pending in the US Senate. If signed into law, the legislation would require America’s executive branch to sanction individuals or entities engaged in major transactions with the Syrian regime or non-state actors allied with Assad in sectors such as construction, energy, engineering and defense, which are all key lifelines for Syria’s government. The bill would also result in punitive measures being taken against the Central Bank of Syria if the US Treasury Department concludes that the institution is a major concern in terms of money laundering.

From the perspective of American politicians and media pundits rallying behind the Caesar Syria Civilian Protection Act, sanctioning Assad’s regime severely limits Damascus’ access to economic support and limits the regime’s ability to continue consolidating its control over land it has retaken from the Islamic State and Sunni rebels. The US leadership believes that without its military leverage on the ground, financial pressure must sit at the center of Washington’s strategy for affecting the Syrian regime’s conduct, and that of non-Syrian Shiite militias backing Assad, including the Fatemiyoun Division and Zaynabiyoun Brigade, which the US Treasury placed on its financial blacklist Jan. 24.

From Abu Dhabi’s perspective, the GCC states’ failure to play a pivotal role in Syria’s reconstruction could only result in Iran playing that role. The UAE’s leadership sees the further consolidation of Tehran’s influence in post-conflict Syria and the Levant at large as a grave threat to the Arabian Peninsula sheikhdoms that must act to bring Assad’s regime back to the Arab fold and ultimately further distance Damascus from Tehran to the maximum extent possible. The lack of GCC participation in Iraq’s reconstruction following the fall of the Islamic State in Mosul and other territories last year cost the Arab Gulf states an opportunity to regain influence in Iraq at Iran’s expense, which is not to be a repeated experience in Syria as the Emirati leadership sees it.

Against the backdrop of America’s impending military withdrawal from northern Syria, both Washington and the GCC states share concerns about Iran acting quickly to fill a potential power vacuum. Yet the issue of sanctions on Syrian individuals and entities linked to the Iranian-backed Baathist regime will likely result in greater divergence between Washington and Arab Gulf states such as the UAE when it comes to dealing with the realities on the ground in Syria. As Arab governments continue exploring prospects for commercial opportunities in Syria’s post-war reconstruction and the renewal of diplomatic relations with Damascus, Washington is using its financial leverage to slow down the Syrian regime’s reintegration into the Arab world’s economic and political systems.

For the UAE and other GCC states, which seek to become major players in Syria’s post-conflict business landscape, US sanctions that require such entities in the Gulf to take even greater risk by entering Syria pose dilemmas as Abu Dhabi, Manama and other Arab capitals seek to gain greater economic, diplomatic and geopolitical influence in Damascus. The dynamics will likely serve to further frustrate GCC states, which have on many occasions throughout both Donald Trump and Barack Obama’s presidencies accused the leadership in Washington of failing to account for the interests of America’s closest allies in the Gulf when making key decisions on US foreign policy vis-a-vis Syria.