Are Russia, Iran engaged in tug of war over Syria?

Recent reports claim that pro-Russian and pro-Iranian forces are clashing in Syria, raising speculations on just how serious disagreements between Russia and Iran are in Syria. 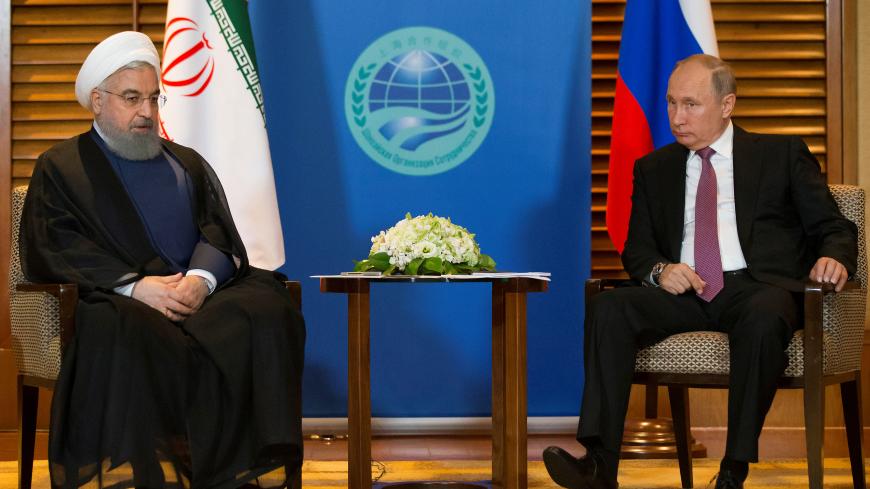 As Moscow urges Damascus and Ankara to cooperate and to revive the Adana agreement, Russian-Iranian relations in Syria face their next challenge. The controversy between Moscow and Tehran has always been a part of the Syrian conflict. However, the debates between the two have started to become more political in nature, influencing the future of Syria’s armed forces and other military entities.

On Jan. 25, Russia’s Deputy Foreign Minister Sergei Ryabkov told CNN that he would have rather avoided using the term "allies" to describe Russia's relations with Iran and Syria. He also said that Russia realizes the importance of maintaining Israel’s security. Three days earlier, the Israeli air force launched a heavy attack on Iranian facilities in Syria. Reacting to this, Heshmatollah Falahatpisheh, the chair of Iran's parliamentary foreign policy commission, said that the Israeli army may have a system of coordination with Russian air defense structures.

Earlier, the Iranians had expressed their displeasure over the lack of protection for Syrian military facilities, as well as the lack of Russian air support for operations in the Aleppo suburbs in 2016 and in al-Bukamal in 2018. Yet these concerns were conveyed via private channels and personal conversations. Also disclosed in private discussions was how Russia had reassured regional actors that it was making efforts to constrain Tehran's actions in Syria.

Sources in the Russian military industry who spoke with Al-Monitor conceded that since Russian specialists had started helping Damascus build up the efficiency of its air defense and are preparing to transfer the management of S-300 systems to Syrians, further Syrian or Russian reactions to Israeli activities could become a serious issue. For Moscow, this problem may become highly complex, if not intractable, even considering Russia's obvious interest in constraining Iran’s ambitions through Israel’s actions.

Officially, Russia emphasizes that it distances itself from the regional conflict and exclusively protects its own facilities. Furthermore, it views its support of Syrian air defense forces as a measure to re-establish the country’s sovereignty. In this regard, setting up the S-300 and integrating Syrian air defense into a semblance of a unified structure will allow it to keep its distance. At the same time, Moscow bears responsibility for the actions of its “client.”

Certain Syrian military leaders are reluctant to provide Iranian troops and associated Shiite militant groups access to their air bases, out of concern for being the target of Israeli assaults. However, the regime is unlikely to deny Iran, its main investor, the strategic pathway to supply its allies in Syria and Lebanon through Damascus' international airport.

Certain sources said that shortly before the Israeli attack, Russian representatives had asked Israel to avoid bombing the area around the airport, as it would have hampered the reconstruction process. Aviation officials of Bahrain and the UAE were assessing the prospects of re-establishing flights to Damascus, and Russian entrepreneurs were considering investing in the construction of a new terminal. Tehran, for its part, has no interest in igniting the conflict further and is likely to conceal its military preparations through economic projects. For instance, Iranians have created a de facto “security zone” around Damascus by buying real estate in the area. The Islamic Revolutionary Guard Corps managed to strengthen its position around Homs, where the Russian corporation Stroytransgaz mines phosphates and transports them to Latakia by railway.

Meanwhile, Russia is also building up its own zones of influence, though it has chosen other areas, specifically around the Tartus and Khmeimim bases, as well as the Idlib de-escalation zone. This arrangement can be witnessed from the outcome of the 10-day confrontation between the so-called pro-Iranian and pro-regime groups: the National Defense Forces and 4th Division led by Maher al-Assad, the Syrian president's brother; and the Tiger Force and 5th Assault Corps, under command of Suheil al-Hassan, an Alawite leader. Novaya Gazeta, a renowned Russian dissident newspaper, presented its own view of the Ryabkov statement, pointing out that Russia and Iran “decided to openly compete for the monopoly over the entire Middle East.”

The newspaper may have dramatized the issue for political reasons, although the conflict between Maher al-Assad and Suheil al-Hassan may indeed have a Russian component to it, in addition to the local rivalry and business interests.

Moscow is gravely concerned about the reforms of Syrian pro-regime troops and other military entities, as it wants to curb corruption and constrain pro-Iranian actors. According to Asharq al-Awsat, Moscow recently asked Damascus to create an inspection board specifically to prevent corruption in the government troops. Moreover, it is known that Russian military officials started inspecting Syrian bases back in the summer of 2018.

The military sources Al-Monitor spoke with argue that during the campaign in the southwestern de-escalation zone, the controversy between the 4th Division and Russian troops became especially apparent. For a while, the 4th Division had already been a heavily overstaffed entity, covering the entire country and incorporating Shiite groups such as Liwa al-Imam al-Hussein and Liwa Sayf al-Mahdi. First, the pro-Iranian militants wearing 4th Division symbols refused to leave the areas under Russian control, as listed under the Russian-Israeli agreements. Second, the officers prevented the opposition squads, who were ready to “reconcile,” from joining the 5th Corps, trying to sabotage the “Sunni buffer zone” along the Israeli border. Maher al-Assad’s protege, Col. Ghiath Dalla, played a significant role in this process. Some sources suggest that Russian pressure in the spring of 2018 had forced him to give up the leadership of the eastern Ghouta campaign in Suheil al-Hassan’s favor.

It is auspicious that the recently published footage of Russian advisers training the Sunni Palestinian Quds Brigade, known as Liwa al-Quds, in Aleppo, may also attest to Moscow’s attempts to gain the support of paramilitary squads, which occasionally confront the 4th Division. As a famous Russian blogger pointed out, Liwa al-Quds militants are unlikely to return to civilian life, and it is quite obvious they are going to work in the field of security when the war ends.

Hence, it appears that Moscow’s attempts to devise a post-conflict scenario for Syria have made it realize the importance of supporting Syrian institutions and various social groups — at least as a way to reach agreements on the reconstruction process with regional actors. However, one can hardly tell whether Russia has actually managed to form a foundation out of Alawite and Sunni groups that is sturdy enough to rely upon in the long run.