Russia’s attempts to centralize the command of numerous pro-Assad militias operating in Syria have been a mixed bag, to say the least. 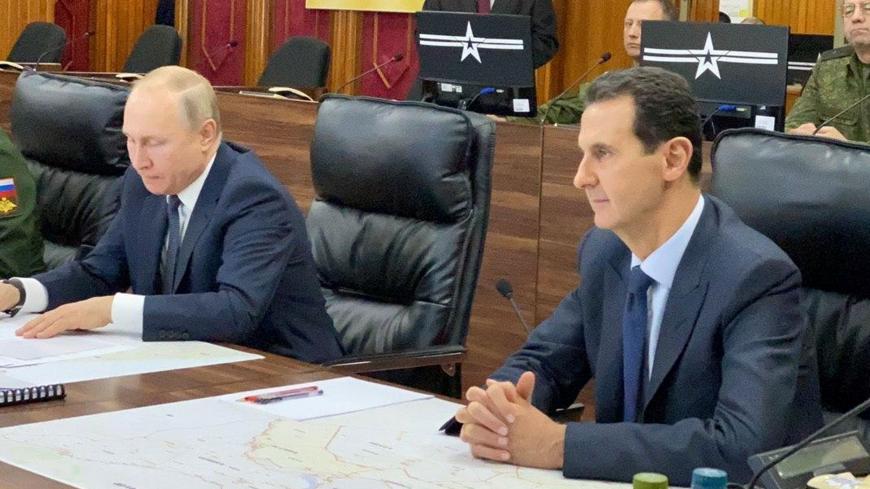 Part of the Russian military's methodology as it seeks to establish belts of influence in Syria is the creation and support of loyalist militia units. But despite superficial efforts to centralize Syrian armed structures, Russia is actually contributing to their disintegration. Iran, for its part, is trying to integrate the militias into the permanent military structures of the Syrian army.

The Turkish government-run Anadolu news agency previously reported that the United States sabotaged Russia’s plans to form an ethnic Kurdish militia in Hasakah. The report suggested that Americans had persuaded locals to refuse to join a pro-Russian structure and warned them that “Russia was going to use the members of this structure as mercenaries in Libya.”

While some notable experts dismissed the Turkish report, there also was speculation that the Kurdish administration was to coordinate this very recruitment process with the United States in order to stop the spread of Turkish influence. Whatever the case, the recruitment attempt by the Russian military is not denied.

The Russian proposal's first stage would reportedly require several hundred young people — mostly Kurds — to be trained by Kurdish YPG instructors under Russian supervision. Later they would have to either join the units that guard the Russian military facilities in Amuda and Tal Tamr or to escort Russian military patrols. The long-term goal of this recruitment campaign was to expand Russian influence in northeastern Syria and to create a precedent of integration of Kurdish groups not with the Kurdish-dominated Syrian Democratic Forces but with pro-Russian militias. To date, however, attempts that started in late 2019 to set up militia units that would provide safety for Russian military facilities in northern Syria have not yet yielded results.

This is but one example of how the Russian experience of recruiting Syrians and forming belts of influence has been a mixed bag.

Since the beginning of the Syrian campaign, Russia has faced a double challenge: It had to upgrade the professional and fragmented armed forces of the Syrian Arab Republic and at the same time regularize numerous local militia units created by Iranians and Hezbollah that acted as a de facto parallel army.

Attempts to centralize management of the units initially led to the formation of the 4th Assault Corps — a local division carrying out operations around the Syrian coast that was supposed to limit Iranian influence. However, the Russians failed to create a fully functioning influence belt around the Khmeimim base. The security of the facility continues to be mainly provided by a well-supervised exclusion zone around its perimeter and a system of Russian checkpoints and roadblocks. The pro-government squads play a negligible role in this. At the same time, these units have been suspected of attempting to cover up attacks on the Khmeimim base that some speculate were made by pro-Iranian groups.

Moreover, the Russian military failed to create the 4th Corps from the newly formed 2nd and 6th divisions as a result of an inability to fully grasp the local realities: Most militias were reluctant to lose their autonomy, abide by the personnel and organizational rules of the Syrian army and be integrated into it, with the militants to be granted the status of official servicemen.

The next stage included creating the 5th Assault Corps, an all-Syrian formation, and merging it with various paramilitary squads such as the Desert Hawks Brigade. Currently, the 5th Corps continues to expand. In Russia, this structure is considered a successful instance of building a combat-suitable armed force from scratch and a prototype of a brand-new, upgraded Syrian army able to integrate with both pro-Assad groups and former rebels, as took place in southwestern Syria. At the same time, this integration became possible only after 2018 as a result of agreements between Russia, the United States, Jordan and Israel, with the United Arab Emirates participating covertly.

The recruiting attempts Russians had made in the Suwayda region a year before the “reconciliation” between the regime and the opposition were met with distrust by local communities, even though the financial support for the recruits was quite substantial by Syrian standards.

Moreover, both the 4th and 5th Corps, being basically militias, turned out not to be fully loyal to Russia. As Fatih Hassoun, leader of Harakat Tahrir Watan, pointed out in his interview with the Russian newspaper Kommersant, in fact the 4th Corps is controlled by Iran; also, the Hezbollah movement, which had taken part in the creation of the 5th Corps, allegedly acted as a conductor of Iranian interests in the 4th Corps.

In early 2019, attempts to remove pro-Iranian forces of the National Defense Forces and the 4th Division under the command of President Bashar al-Assad brother Maher Assad from the front line in Idlib did not work; ultimately, these structures were allowed not only to maintain their positions, but also to become a fully acknowledged part of the separation zone together with other Shiite groups.

Russia’s efforts to centralize numerous militias under the flag of the 5th Corps created the narrative according to which Iran is trying to fragment armed structures with its militant groups, while Russia, on the contrary, is regularizing and uniting them under a single command center.

This perception, however, is erroneous.

It seems that Russian military advisers took the failures of the 4th Corps into account and used a nonstandard numbering system to label brigades and regiments within the 5th Corps, avoiding hints of the groups' regular nature and affiliation with the Syrian Arab Army. It is noteworthy that various formations such as the Sunni Palestinian Quds Brigade, known as Liwa al-Quds, and the Islamic State Hunters are trained by Russian military advisers, both regular and private ones, and act under the 5th Corps' command, while at the same time without being formally integrated into it.

An in-depth look into the Syrian armed groups shows that Russia was interested in formations initially having a problematic, poorly regulated status, and mostly focused its work on them while avoiding their centralization. In particular, this refers to the umbrella system, including the Tiger Forces, which was an air force intelligence structure of Suheil al-Hassan guided by Russian special forces, and tribal militias of Sheikhs Turki Abu Hamad, Ghazi Ibrahim al-Dair and Suleiman al-Shwakh.

At the same time, as Al-Monitor’s contributor Kirill Semenov pointed out, Iran is the only actor able to effectively unite militias with the structures of the regular army and to create obstacles to prevent the "separation of its proxy structures from the government's army."

Later, probably also with Iranian influence, the Tiger Forces became the 25th Special Forces Division and were placed under the Syrian Arab Army. The tribal militias, in turn, started to be clearly referred to as pro-Iranian local defense forces with serviceman status.

Considering all this, it is hardly surprising that the latest reports show that Russians are interested in creating loyal militias in eastern Aleppo based on the local defense forces. Moreover, they recruit locals in eastern Ghouta and Quneitra in order to send them to serve in Libya as soldiers of self-proclaimed “field marshal” Khalifa Hifter. All of this suggests that it would be a gross exaggeration to say that Moscow’s influence on the Syrian military and security system is strong and that attempts to replace pro-Iranian commanders with pro-Russian ones are actually successful. Moreover, many personnel transformations can be explained by Russia’s search for a suitable distribution of influence in Syria between itself and Iran and by the mere reshuffling of assets among Syrians.