The coronavirus outbreak in Syria may give Russia an opportunity to limit the Iranian presence. 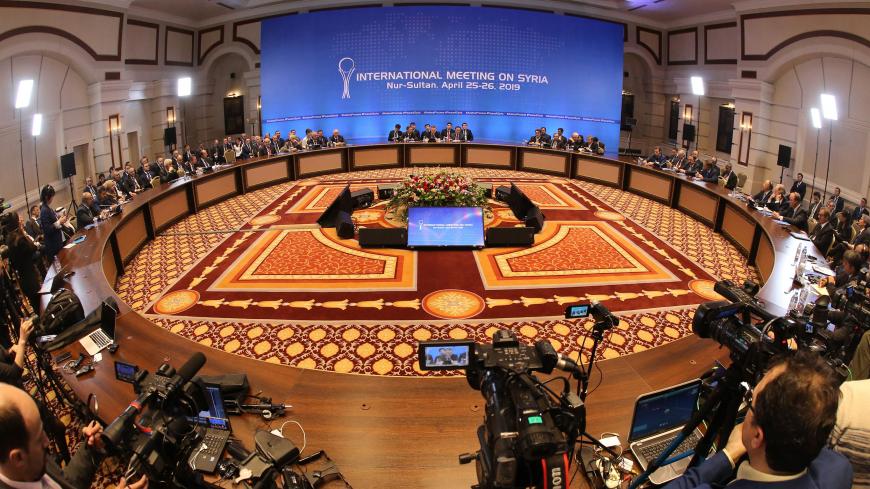 On March 27, Syrian President Bashar al-Assad had a phone conversation with Sheikh Mohammed bin Zayed Al Nahyan, the crown prince of Abu Dhabi, who is also deputy supreme commander of the United Arab Emirates' armed forces. Among other things, the two discussed efforts to jointly fight the coronavirus.

“Sisterly Syria will not remain alone in these critical conditions,” the prince later tweeted.

In spite of the public contacts between Syrian officials and Emirati diplomats, until now it has been difficult to figure out whether the member of the royal family was actually willing to negotiate with the Syrian presidential administration. In late 2018, the UAE reopened its embassy in Damascus and embarked on a number of initiatives to help boost the Syrian regime. All these measures were taken in exchange for Damascus and Moscow’s attempts to limit Iranian and Turkish influence — or at least to take some steps in this direction.

Although Moscow intensified its contacts with the UAE during the Syrian-Turkish clashes of February and March, Russia clearly demonstrated that Ankara is a significant partner. Iran's actions, in turn, have long been quietly met by Russia with various countermeasures. They included personnel transformations within the Syrian army, efforts to centralize control over militias and restraining pro-Iranian groups both in Syria's southwest and northwest.

Al Modon, a Lebanese periodical, has reported that Russian commanders in Syria decided to turn the situation related to the coronavirus epidemic in Iran to their benefit by starting to filter out pro-Iranian forces fighting on the side of the Syrian Arab Army. The Russian command allegedly imposed a rule requiring deployment of Syrian army formations loyal to Russia separately from pro-Iranian forces. These precautions were introduced in order to prevent infection among the soldiers that, in some way or another, come into contact with the Iranian “Shiite international forces” and local militias affiliated with Tehran.

It should be noted that such isolation, if true, could be imposed only in select areas, involving certain groups — the 5th Special Mission Forces Division, also known as “Tiger Forces,” under the command of Syrian Brig. Gen. Suhail al-Hassan and Russian special forces’ patronage, and brigades of the pro-Russian 5th Corps. It is widely known that numerous local militias affiliated with Iran, collectively called the Local Defense Forces, are included in the regime's army, and a number of Shiite international forces such as Liwa al-Imam Hussein (Lions of Hussein Brigade) and the Liwa Sayyaf al-Mahdi (Lions of the Warriors of the Mahdi Brigade) are integrated into Syrian Maj. Gen. Maher al-Assad’s 4th Division.

Russian Defense Minister Sergei Shoigu recently discussed the coronavirus pandemic and Idlib in Damascus with the Syrian president. A source in the Russian military told Al-Monitor on condition of anonymity that the presence of Adm. Igor Kostyukov — head of the Russian armed forces' General Staff's main intelligence department — in the Shoigu-Assad meeting could in part be read as a Russian intention to maintain the agreement with Turkey over Idlib just as Ankara is preparing a limited counterterrorist operation to restructure opposition groups.

“The discussion had indeed addressed the events at the eastern bank of Euphrates; however, it was also related to the pandemic issue,” the source said.

He added that prospects of new Turkish-Russian tactical cooperation in this field may be dependent on the territorial exchange in the Tel Rifaat area in the north of Aleppo province. This de-escalation zone was created in 2017 and has been viewed by Moscow and Ankara as a territory for potential co-patrolling. Some reports suggest that the Kurdish forces have already informed local commanders and their relatives that they have to leave the city as soon as possible and move to other areas to the east of the Euphrates.

Hints for a new plan involving seizing oil-rich areas currently controlled by the Americans east of the Euphrates were voiced by the Turkish government in early March. At the time Turkish President Recep Tayyip Erdogan offered to work with Russia in the region to “help Syria, devastated by the war, to get back on its feet.”

“It is only natural that groups of military advisers and special forces personnel would face a security issue during the pandemic, considering the threats in central and eastern Syria created by [air connections] with Iran and Shiite pilgrims traveling back and forth,” the Russian military source said.

It is noteworthy that maintenance of new agreements between Erdogan and Russian President Vladimir Putin depends on stability in Idlib; at the same time, a number of key areas around towns such as Saraqeb and Kafranbel are mostly controlled by pro-Iranian militias. The effect of the coronavirus further complicates the dilemma Tehran has been facing since the murder of the influential Islamic Revolutionary Guard Corps commander, Maj. Gen. Qasem Soleimani, on how to unite its proxy forces in the region.

Nevertheless, the separation of professional soldiers from pro-Iranian formations is not a brand-new measure taken during the Syrian campaign. After the missile strikes conducted by the United States, the UK and France on Syrian facilities in April 2018, the Syrian air forces chief command requested that Iranian forces and allied Shiite militias limit the number of Syrian military airports and hangars where they operate. Though Tehran prefers to deploy its military facilities near Russian bases and strongholds in order to protect them from Israeli air attacks, the facilities that Iran disguises as economic projects are placed a considerable distance from Russian forces due to competition with Moscow.

It is rather likely that the pandemic will officially allow those opposing Iranian influence in Moscow and within the Syrian government to take “temporary” measures to isolate Iranian forces and gradually make this isolation permanent. However, these steps will hardly be able to alter Tehran’s general infiltration into the Syrian army and security apparatus and even less able to drive Iranian militias out of the eastern regions.