Kuwait breaks from GCC on warming up to Israel

While Kuwait is joining its fellow GCC nations in terms of supporting Syria's return to the Arab League, Kuwaiti officials want nothing to do with Israel. 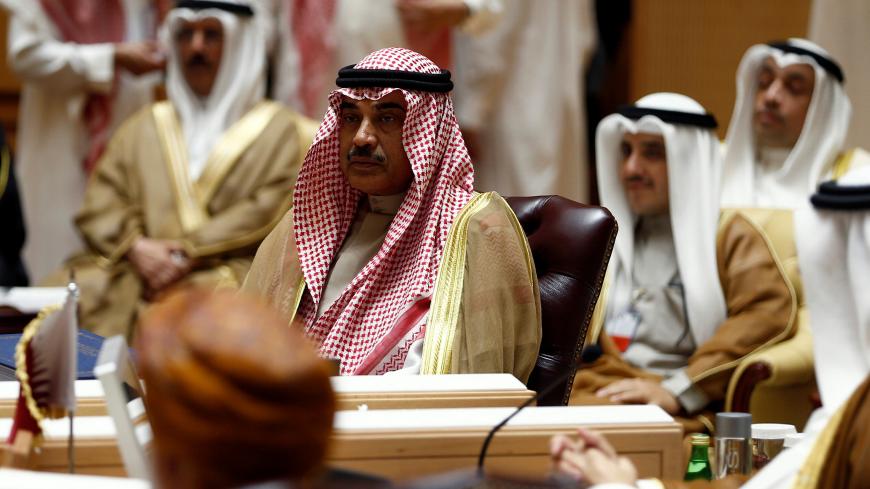 Despite mostly opposing the regime of Bashar al-Assad during the Syrian Arab Spring, the Gulf Cooperation Council (GCC) states have essentially come around to recognizing that it is most pragmatic to have ties with Damascus. The recent rapprochements of Bahrain and the United Arab Emirates (UAE) with Assad’s regime underscore this trend, as do expectations that Kuwait will soon follow Manama and Abu Dhabi’s lead. Oman has maintained official ties with Damascus on all points since 2011.

This reacceptance of Syria plays out against the backdrop where GCC states have been moving toward increasingly normalized relations with Syria’s neighbor, Israel. Although a formal establishment of diplomatic relations between GCC members and the Jewish State might not be expected in the near term, assuming Israel continues refusing to recognize a Palestinian state, the Arab Gulf monarchies are warming up to Tel Aviv. Prime Minister Benjamin Netanyahu’s historic visit to Oman in October, other Israeli government officials and athletes’ trips to Qatar and the UAE and the Saudi crown prince’s rhetoric about Israel and Palestine underscore the GCC states’ keenness to explore closer ties with Israel despite the political risks of doing so.

As the Arabian Peninsula’s sheikdoms pursue increasingly normalized ties with Damascus and Tel Aviv, Kuwait is displaying its independent approach to regional politics and asserting its traditional role as a champion of pan-Arab causes in diplomatic forums. While Kuwaiti officials are joining their GCC counterparts in terms of support for bringing Syria’s government back into the Arab League from the cold, Kuwait is not on board when it comes to Israel.

Late last year, Kuwait stood by Lebanon at the UN Security Council, accusing Israel’s Operation Northern Shield of being in violation of Lebanese sovereignty. Kuwaiti officials emphasized that Israel’s actions, purportedly to counter the alleged threat of Hezbollah’s tunnels, posed a greater threat to regional peace than any conduct on the part of Iran’s Lebanese ally, which the GCC bloc recognizes as a terrorist organization. Notable was that Bahrain expressed support for Israel in that episode. Also in 2018, as a non-permanent member of the UN Security Council, the Kuwaiti government considered opening an embassy in Palestine, marking another point of contention between Kuwait City and Tel Aviv.

This month, Kuwait Football Association President Sheikh Ahmad  Yussef told the Kuwaiti daily Al Rai that Kuwait would not co-host the 2022 FIFA World Cup soccer tournament with Qatar given that FIFA regulations would require Kuwait to allow people of all nationalities into Kuwait, which was clearly a reference to Israel. For years, the legal fallout from Kuwait Airways not permitting Israeli nationals to board its planes has also put Kuwait in the global press’ headlines in ways that play well to the greater Islamic world and portray the emirate as a defender of Palestinian rights.

Kuwaiti officials have not ignored the dire situation and despair in Gaza. Last year they advocated the establishment of an international protection force to be deployed to the Gaza-Israel border in order to ensure the protection of Palestinians in the besieged enclave from future Israeli human rights and other international law violations.

Much like the Qatar crisis, where Kuwait has sought to promote Arab unity, the Palestinian question pits Kuwait apart from Saudi Arabia and other GCC members. Prior to the Gulf War of 1990-1991, Kuwait was historically an important champion of the Palestinian cause among Arab League members as well as the birthplace of Fatah in the 1950s. Yet Saddam Hussein’s invasion of the emirate led to a crisis in Kuwaiti-Palestinian relations after Yasser Arafat, the Palestine Liberation Organization leader, sided with Iraq, resulting in the famous Palestinian exodus from Kuwait.

Also, under previous kings, Saudi Arabia often stood in defense of the Palestinians in diplomatic forums. Yet with Crown Prince Mohammed Bin Salman at the helm, Riyadh is moving much closer to Israel on major geopolitical issues, particularly regarding Iran-related matters. Amid Prince Mohammed's ascendancy to power, Kuwait has stepped up as the Palestinians’ “best friend” in the GCC, restoring its historic position. The Kuwaiti leadership’s rhetoric and diplomatic support for the defense of Palestinians markedly contrasts with the Saudi crown prince's declaration last year that the Palestinians “must negotiate with Israel or shut up.” To this point, according to The Wall Street Journal, Netanyahu might be on the verge of making a trip to Riyadh with the White House and Saudi leadership eager to move past the Jamal Khashoggi saga. Such a visit would mark a “capstone of the Trump administration’s effort to isolate and contain Iran” and for Netanyahu “it would be a dramatic breakthrough on the order of Anwar Sadat’s 1977 visit to Jerusalem,” as Karen Elliott House put it.

The Trump administration’s close alignment with Netanyahu’s government and the influential pro-Israel lobby in Washington may possibly result in Kuwait’s pro-Palestinian stances fueling some degree of tension in US-Kuwait relations. Certainly, much as Qatar’s relations with Hamas has made Doha a target of neo-conservative elites in Washington, Kuwait may become one, too, because of the Israel-Palestine front.

This year, the odds are good that Israel’s government will continue to take advantage of the Trump administration’s policies in order to further accelerate the expansion of settlements in the occupied Palestinian territories, moving both sides further away from achieving a two-state solution. Yet within this context, which is extremely dangerous for Palestinians’ security, Kuwait has become the one GCC state that refuses to see warmer ties with Israel as prudent. In the process, Kuwait has embraced an overall position toward the Palestinian struggle that is far more aligned with the average man or woman on the Arab Street than with Arab regime elites in the region and officials in Washington who hope to see Israel join a so-called Arab NATO alliance to counter Iran without any consideration of Israel’s conduct vis-a-vis the Palestinians.