With no solution to the Qatar-GCC crisis in sight, the United Arab Emirates and Saudi Arabia have formed their own alliance to support their regional foreign policy. 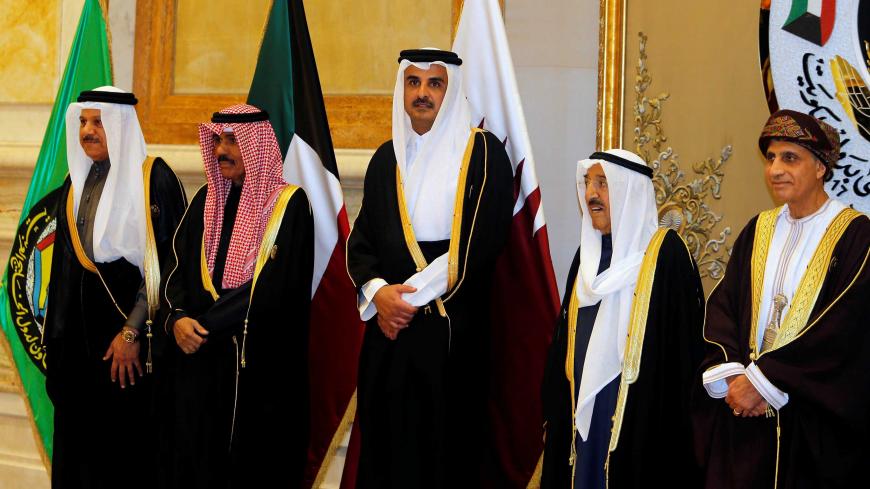 In a move that certain observers saw as an effort to undermine the Kuwaiti emir, the United Arab Emirates (UAE) announced a new partnership with Saudi Arabia. The announcement came only hours before the Gulf Cooperation Council (GCC) summit in Kuwait on Dec. 4, which fell apart after two hours and was only attended by two council members’ heads of state: the Kuwaiti and Qatari monarchs. The summit will be remembered as the worst GCC summit to date. In addition, the Kuwaiti efforts to mediate the six-month-old Qatar crisis have thus far proven futile.

This new UAE-Saudi partnership represents an alternative to the GCC while the Qatar crisis continues. Yet it is premature to conclude that it intends to be a substitute for the subregional organization founded by six Arabian Peninsula monarchies in 1981. Regardless, the UAE-Saudi partnership’s purpose is to achieve between these two nations essentially what the GCC was intended to accomplish among all six of the GCC members: enhance transnational cooperation in the areas of military, economics, culture and politics.

The formation of this new partnership is truly illustrative of the UAE and Saudi Arabia’s close alliance. As Crown Prince of Abu Dhabi Mohammed bin Zayed put it, the UAE and the kingdom have “passed beyond the usual diplomatic ties and could be considered as one.” At a time when much turmoil besets the Middle East and security threats loom large in countless areas, Abu Dhabi and Riyadh see the region through prisms that are extremely similar, both being focused on security and opposed to Iran and Qatar. The two countries share the same threat perceptions of the region’s dominant nonstate actors: Yemen’s Houthi rebel movement, Hezbollah, Iranian-backed Shiite militias in Iraq and Syria, and Islamic State and al-Qaeda franchises.

Zayed and Saudi Arabia’s de facto ruler, Crown Prince Mohammed bin Salman, have an extremely close relationship, which has largely driven Abu Dhabi and Riyadh into closer alignment. Decision-making authority has also consolidated substantially under both Zayed and Prince Mohammed in recent years, underscoring how these two leaders are truly at the helm of the UAE and Saudi Arabia’s increasingly muscular foreign policies.

It is unclear whether this “alternative GCC” will bring in new member countries. The probability is high that Bahrain will become a member. With Manama heavily influenced by Riyadh’s foreign policy — and highly dependent on Saudi Arabia’s security and financial support amid a period of relative instability and economic dilemmas stemming from the 2014 plummeting oil prices — Bahrain aligns very closely with Riyadh. The archipelago state has joined all other Saudi-led, security-focused regional blocs and coalitions: the four-member Anti-Terror Quartet (ATQ), the military coalition in Yemen and the 41-member Islamic Military Counter Terrorism Coalition (IMCTC), previously known as the Islamic Military Alliance to Fight Terrorism (IMAFT).

Geopolitically, a more delicate question pertains to the relationship the new UAE-Saudi Arabia partnership will have with Kuwait and Oman. As the GCC’s two “neutral states,” Kuwait and Oman want to maintain good relations with all Persian Gulf countries, including Iran and Iraq, particularly in Muscat’s case. To be sure, the Kuwaiti and Omani leaders want their countries to remain close allies of all in the Riyadh/Abu Dhabi bloc, yet pressure from Saudi Arabia and the UAE to support an anti-Qatari and anti-Iranian foreign policy will not sit well. Kuwait and Oman seek to balance relatively cordial and warm relations with all in the region while promoting greater dialogue in pursuit of solutions to regional conflicts instead of taking sides in wars with strong geosectarian undertones such as Yemen where the Persian Gulf’s larger powers have pitted their proxies against each other.

Oman — despite being a founding member of the GCC and the 41st IMCTC/IMAFT member — has sat out of the ATQ and the Riyadh-led Arab military coalition in Yemen. The UAE and Saudi Arabia are unlikely to convince the sultanate to abandon its growing relations with either Qatar or Iran, particularly as both states’ economic/energy relations with Oman have key roles to play in the country’s plans to economically diversify away from oil.

It remains to be seen how Kuwait City or Muscat would calculate the costs and benefits of joining the UAE’s recently announced partnership with Saudi Arabia if either receives an invitation to join. As both Kuwait and Oman believe the Qatar crisis could and should be mediated behind closed doors, they remain hopeful for a resolution of the bitter diplomatic row. It is unclear whether Kuwait and Oman will view the UAE-Saudi Arabia partnership as a valuable alternative to the GCC or yet another variable that undermines the prospects for a rapprochement between both sides of the GCC’s Qatar rift.

At this juncture, the failure of the involved parties to resolve the Qatar crisis is prompting all in the region to seek alternative forums, institutions and coalitions to achieve the objectives that the GCC set out to achieve over 3½ decades ago. The UAE, in announcing this new partnership, is signaling its vision to collaborate with those in the GCC that are committed to cooperate in pursuit of its regional agenda and policies. The new partnership will be shaped by a common cause in countering the expansion of Iranian influence and rejecting Qatar as a responsible or trustworthy brother in the Gulf family until Doha’s foreign policy adjusts in line with the ATQ’s demands for a restoration of official diplomatic and economic relations.

How this new bilateral institution serves to advance the UAE and Saudi Arabia’s interests and how it impacts other GCC members in the process will shape its trajectory in the aftermath of this month’s GCC summit, which marked a low point in the subregional organization’s 36-year history.