Russia embraces yet another US ally in the Gulf as Moscow seeks partners for its "inclusive collective security architecture" in the Middle East. 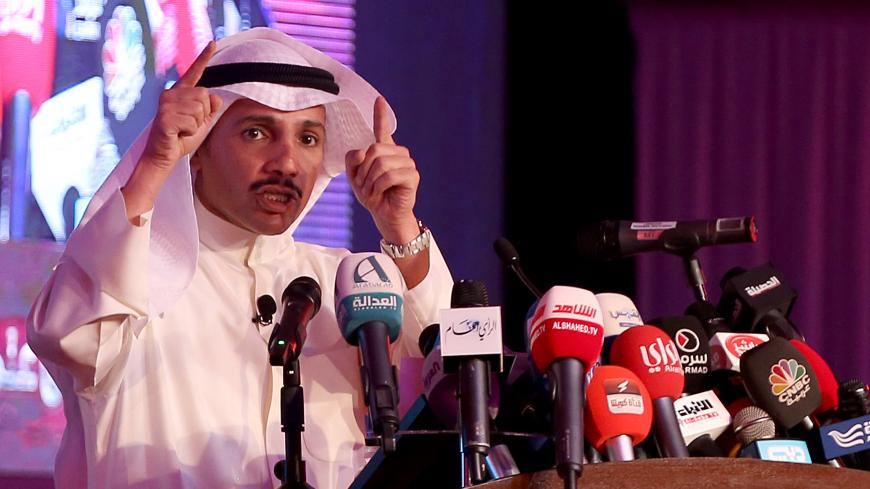 Kuwaiti parliament Speaker Marzouq al-Ghanem delivered an address April 22 to members of Russia’s upper house, the Federation Council. During his speech, Ghanem extolled the “solid and deep-rooted partnership” between Kuwait and Russia, and praised Russia for its opposition to US President Donald Trump’s decision to recognize the Golan Heights as Israeli territory.

Ghanem’s words of praise for Russian foreign policy is intriguing as they come at a time when US-Kuwait relations are getting stronger. In August 2018, the US military opened its largest aerial supply port in the Middle East near Kuwait International Airport, and US Secretary of State Mike Pompeo glorified the unprecedented strength of the US-Kuwait alliance during his visit to the country in late March. Despite these developments, Russia hopes to cooperate more closely with Kuwait on resolving regional conflicts, as both countries wish to burnish their reputations as conflict arbiters and establish an inclusive regional order that does not isolate Iran or Qatar.

Russia’s diplomatic outreach to Kuwait has focused on increasing bilateral cooperation on ending the civil wars in Syria and Yemen and promoting intra-Gulf reconciliation. Russian policymakers believe that both countries can cooperate in Syria, as they share similar positions on the need for Bashar al-Assad’s government to normalize relations with other Arab countries and on investing in a Syrian government-led reconstruction process.

Since the Syrian civil war began in 2011, Kuwait has consistently been more circumspect than Saudi Arabia and Qatar about isolating Assad’s government. Although Kuwait closed its embassy in Syria in 2012, it broke with the majority of its Gulf allies by keeping a Syrian Embassy open in Kuwait City. The Kuwaiti government also refused to officially sanction arms transfers to Syrian rebel forces, though Kuwaiti businessmen still donated funds to Islamist opposition factions in Syria. Despite alleged countervailing pressure from the United States and Saudi Arabia, Kuwait has supported Russia’s efforts to normalize Syria’s relationships with other Arab countries. During his meeting with Foreign Minister Sergey Lavrov in March, Kuwaiti Foreign Minister Sheikh Sabah Al-Khalid Al-Sabah claimed he would be “very happy” with the return of Syria to the “Arab family” and described Syria as a “pivotal state in the region.”

Kuwait has also distinguished itself from many of its Gulf partners by expressing a desire to participate in Syrian government-led reconstruction initiatives, which are supported by Russia. During the September 2018 Damascus International Fair, Kuwaiti businesses joined their Russian counterparts in opening Kuwait’s market to Syrian agricultural products. In October, Assad publicly praised Kuwaiti Emir Sheikh Sabah Al Ahmad Al Sabah’s hosting of international fundraising summits for Syria in an interview with Kuwaiti newspaper Al-Shahed that was widely circulated in the Russian press. Although Kuwait’s refusal to open its embassy in Damascus until the Arab League readmits Syria and arrest of pro-Assad businessman Mazen al-Tarazi could cause friction with Moscow, Russia hopes that the common ideas it shares with Kuwait on conflict resolution will lead to long-term cooperation in Syria.

Russia also views Kuwait as a potentially helpful partner in Yemen, as Moscow seeks to bolster its reputation as a facilitator of dialogue between conflicting Yemeni factions. Much like their Russian counterparts, Kuwaiti diplomats have repeatedly emphasized the importance of implementing a political solution to the Yemeni civil war and facilitated the arrival of the Houthis at the peace talks in Stockholm in December. This convergence in perspectives was highlighted by Kuwaiti Deputy Foreign Minister Khalid Al-Jarallah’s statements at the Arab-Russian Forum in Moscow last month. During this conference, Jarallah urged Russia to work with Kuwait on facilitating the implementation of UN Resolution 2216, which calls for a cease-fire in Yemen.

Russia and Kuwait have also challenged US efforts to frame Iran as the leading agent of instability in Yemen. In February 2018, Kuwait’s UN representative Mansour Ayyad al-Otaibi condemned Houthi ballistic missile strikes against Saudi Arabia, but mirrored Russia’s refusal to blame Iran for supplying missile technology to the Houthis. In December 2018, Russia and Kuwait blocked the passage of a British draft resolution in the UN Security Council, which included the US government’s concerns about Iran’s military support for the Houthis. The preference of both countries for a UN resolution, which refused to single out particular nations for arms embargo violations, reflect Russia and Kuwait’s mutual desire to shield Iran from UN criticism.

Russia also views intra-Gulf reconciliation as an area of cooperation with Kuwait, as Moscow has consistently supported Kuwaiti mediation efforts since the Saudi Arabia-led Anti-Terror Quartet (ATQ) imposed a blockade on Qatar in June 2017. In August 2017, Lavrov traveled to Kuwait in order to highlight Moscow’s support for Kuwaiti mediation efforts in the Gulf and emphasized the importance of Gulf unity. During this trip, Lavrov announced he would spearhead a Moscow-led intra-Gulf reconciliation effort to supplement Kuwait’s arbitration process, if this proposal gained a broad consensus within the Gulf Cooperation Council (GCC).

Although Lavrov did not repeat this mediation offer during his most recent trip to Kuwait, Andrei Baklanov, the Russian ambassador to Saudi Arabia from 2000 to 2005, told Al-Monitor that Russia would still be willing to reprise this role in support of Kuwait’s mediation efforts if it felt as if it was a desired “third power” in the Gulf. The prospects for enhanced Russia-Kuwait cooperation on intra-Gulf reconciliation were revealed by Lavrov’s calls for the reestablishment of a Russia-GCC forum and consideration of potential concessions from both sides during his trip to the Gulf in March. In spite of Lavrov’s efforts, Russia’s mediation initiatives gained little traction. This failure deals a blow to Russia’s efforts to demonstrate to Kuwaiti policymakers that its arbitration efforts can compete with US intra-Gulf reconciliation initiatives.

Although the US-Kuwait alliance is as robust as ever, Russian policymakers are engaging in dialogue with their Kuwaiti counterparts with greater frequency, as Moscow wants to cooperate more closely with Kuwait on resolving regional security crises. Common ideas shared by Russia and Kuwait on ending the civil wars in Syria and Yemen and promoting intra-Gulf reconciliation could cause both countries to coordinate more closely on conflict resolution in the months to come.