Russia's foreign minister calls for Syrian control of areas after US withdrawal; IS suicide bomber kills 16 in Manbij; more worries expressed about election fairness in Turkey. 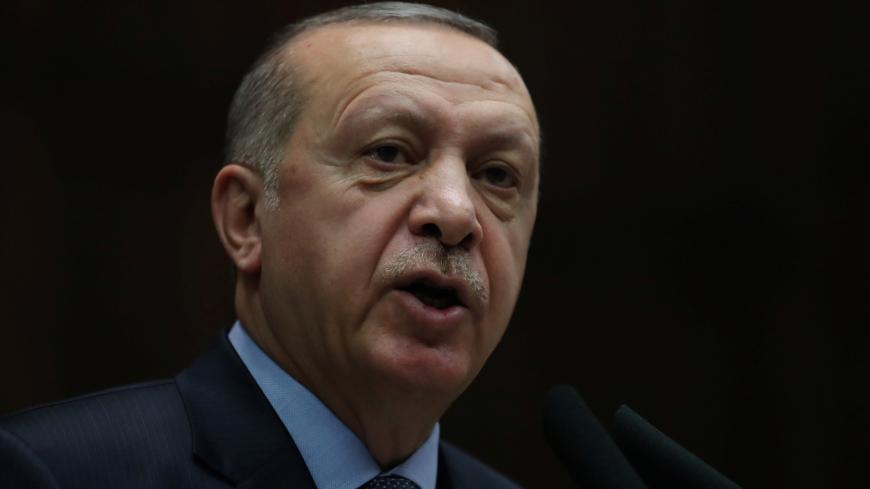 ANKARA, Turkey — Russia and the Islamic State made separate claims of sorts to northern Syria today.

Russian Foreign Minister Sergey Lavrov said that after US troops withdraw, the territory should revert to the control of the Syrian government. And hours after Lavrov spoke, a suicide bomber blew himself up in the north-central Syrian town of Manbij, killing 16 people, according to the Syrian Observatory for Human Rights. The bomber belonged to the Islamic State (IS, or ISIS), the group said in a statement quoted by The Associated Press.

“US service members were killed during an explosion while conducting a routine patrol in Syria today,” the US military said in a tweet. It did not give figures for the dead and wounded.

The bombing inflicted the first US fatalities since President Donald Trump announced Dec. 19 that he was pulling American troops out of Syria because “we have won against ISIS.”

Turkish President Recep Tayyip Erdogan said the explosion “might be interpreted as an attempt to influence” the US withdrawal from Syria.

The US troops were reportedly walking through the town center with members of the Syrian Democratic Forces (SDF), the coalition of Arab and Kurdish forces that drove IS out of Manbij in 2016.

A photograph published by the Syrian Kurd news agency ANHA showed a restaurant gutted by fire after the explosion.

Nine of the fatalities were civilians, the Syrian Observatory for Human Rights reported, adding that other people were wounded.

The attack occurred a day after Erdogan said he and Trump had agreed on the need for a buffer zone along the Turkish-Syrian border to guard against the infiltration of militants. In a speech to his party’s legislators, Erdogan said Turkey would establish a 20-mile-deep (32-kilometer) zone, but he later told reporters that no decision had been made and the two countries would negotiate the details.

Gen. Yasar Guler, the chief of Turkey's General Staff, and Gen. Joseph Dunford, the chairman of the US Joint Chiefs of Staff, held talks in Brussels today, the NTV channel reported. The talks concerned the US withdrawal and the buffer zone.

Manbij has been a focus of activity since the US withdrawal was announced. NTV has broadcast footage of Turkish troops and their Syrian opposition allies, the Free Syrian Army, on the outskirts of Manbij, while Russian armored vehicles drive around on the opposite side of the town. The Russians support the Syrian government army, which has deployed to the outskirts of Manbij.

The opposing forces are poised for a race to capture Manbij as soon as the US Army leaves. No doubt Guler asked Dunford today if he would give a date and time for the US departure.

The Russian air force will control the skies once the Americans have left, and Lavrov made it quite clear today how his government thinks the issue should be decided.

“We are convinced that the best and only solution,” Lavrov told reporters in Moscow, “is the transfer of these territories to the control of the Syrian government.

He added, "We welcome and support contacts that have now begun between Kurdish representatives and Syrian authorities so they can return to their lives under a single government without outside interference."

The Kurds, who control the largest segment of northern Syria, have flatly rejected the idea of Turkey erecting a buffer zone. In a statement to The Associated Press on Tuesday, a top Kurdish official said Erdogan’s proposal would be tantamount to an occupation.

Bedran Ciya Kurd, an executive member of the Democratic Society Movement, the coalition governing the Kurdish area, said the Kurds would accept a “safe zone” only under the auspices of the United Nations. Alternatively, Syrian government troops were a possibility, he told the news agency.

In another development, the Turkish Central Bank today decided to keep its benchmark interest rate at 24%, carrying the unusually high cost of borrowing into a fifth month.

The Monetary Policy Committee “has decided to maintain the tight monetary policy stance until the inflation outlook displays a significant improvement,” the bank said in a statement.

InfIation is currently at 20%. The bank warned there would be “further monetary tightening” if necessary.

The announcement had two effects. The Turkish lira rose to 5.37 against the dollar, a strengthening of 1.5%. Second, the bank seemed to impress observers with its message that there would be no easy money before the local elections March 31.

“The central bank is helping put to rest speculation that it could usher in a new wave of currency depreciation with monetary easing before the vote on March 31,” Bloomberg reported.

But while the Central Bank earned respect today, the Supreme Electoral Council saw its reputation fall even further. One of the most established newspapers in the country, Cumhuriyet, said the council's lists of voters for March 31 contained the names of no fewer than 6,389 people aged between 100 and 165. “Most of them are older than 120 years,” Cumhuriyet reported.

Under the banner headline “165-year-old voter,’’ Cumhuriyet reported that a lady called Ayse Ekici, aged 165, “will vote for the first time in this election” in the provincial town of Melik Gazi, Kayseri.

Ayse Ekici does not have an identity number and does not appear in the population registry, but she is on the SEC list. The fact she is a first-time voter suggests that her name has been recently added to the list.

Another Ayse, aged 148, of Aydin province and Zulfu, aged 149, of Sanliurfa province “appear on the voter lists without any surnames,” Cumhuriyet said.

The report contains no response from the electoral councli, but says the main opposition, the Republican People’s Party (CHP), has asked the council about these long-living voters.

This Al-Monitor reporter can recall the years when Turkish elections were clean. The ruling party always enjoyed more publicity on state television, but votes were generally counted as cast. The fraud that did occur was marginal, and elections frequently toppled the party in power.

But the elections of 2014 and 2018, and the referendum of 2017, were mired in controversy. The electoral council did not allay concerns when it quickly rejected appeals that were supported by well-founded evidence. Nor did it appear to take on board the criticisms of the monitors of the Organization for Security and Cooperation in Europe. Unfortunately for the losing parties in these polls, the electoral council’s decisions cannot be appealed. They are final.

The leader of the opposition, Kemal Kilicdaroglu, said last week he would not be appealing to the electoral council against the speaker of parliament’s decision to run for mayor of Istanbul in the coming elections without resigning from his post because of a lack of faith in the council. The speaker, former Prime Minister Binali Yildirim, had told reporters that anybody who objects to his being a candidate for the ruling Justice and Development Party should complain to the council.

Kilicdaroglu told reporters his party does not trust the electoral council, which he said ”has become pro-government. It does not make decisions in accordance with the law. It cannot, because it lacks the power. The power is at the (presidential) palace,” Kilicdaroglu said.