After a lengthy deadlock, Iraqi Kurdistan's main political parties have agreed to form a new government. 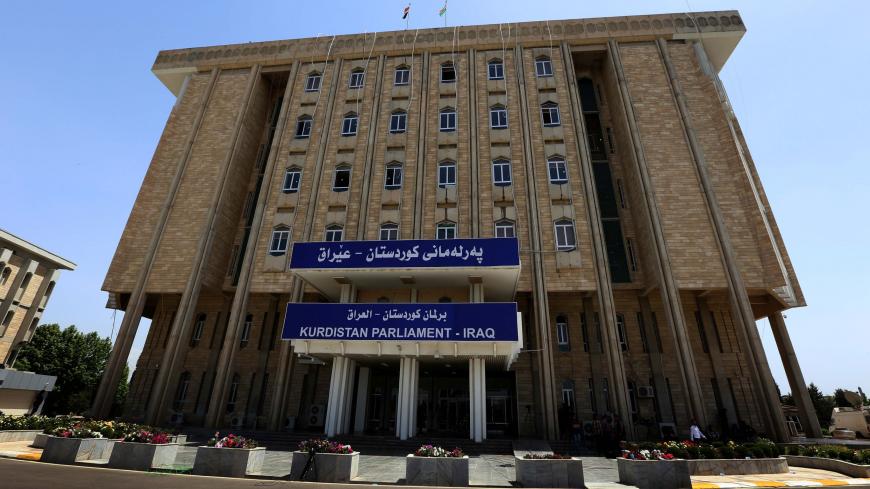 Kurdish political parties in northern Iraq are taking big strides in hammering out their differences in order to form a new regional government, pledging to bring stability and prosperity to the people of this semi-autonomous region.

This new opening comes at a vital time for the Kurdish people, who have endured four years of war with the Islamic State (IS), as well as a harsh financial crisis. Now that the battles with IS are over, the region's two main parties, the Kurdistan Democratic Party (KDP) and the Movement for Change (Gorran), have locked horns over how to run the government, resulting in the closure of parliament and most ministries.

The KDP and Gorran, with the help of the Patriotic Union of Kurdistan (PUK), are now in the final stages of reaching an agreement that could usher in a stable government for the next four years. The KDP and PUK have also agreed to negotiate a new agreement that outlines major policy positions, thus replacing the 2005 "strategic agreement" signed by Masoud Barzani and Jalal Talabani. Kurdish participation in Baghdad politics, in particular the return of the KDP, is a vital component of this new beginning in Kurdistan.

“The meetings are to establish a solid foundation, to create trust, to create a strong government that could serve the people of Kurdistan,” Dana Abdulkarim, a member of the Gorran negotiating team, told reporters Jan. 22 in Erbil, after their third meeting with the KDP delegation.

Gorran took a beating in last September's elections, losing half of its 24 seats in parliament. The party was created over a decade ago, on a platform of reform. Back in 2013, when Gorran entered the government, the tension with the KDP created years of instability in which the electorate were the main losers. After Gorran's loss, the KDP has realized that the main challenge to creating a stable government for the forthcoming prime minister, Masrour Barzani, is not presented by the PUK, but by Gorran.

The KDP wants to avoid the mistakes of the last four years, when Gorran was forced out of the government, creating serious doubts about the legitimacy of the Kurdistan Regional Government (KRG) administration. Due to the war with IS, the international community continued to work with the KRG, but with the war coming to a close, the KDP leadership knows it cannot behave as it did in October 2015, when it barred the parliamentary speaker from entering Erbil, the capital of the Kurdistan region.

With its charismatic leader Nawshirwan Mustafa dead and its power in parliament reduced, Gorran has realized that the past several years of tension with the KDP produced nothing but hardship for the people of Kurdistan. Now that the next election is in sight, Gorran wants to be part of the government, in the hope that it will recover its lost seats. Because of this, Gorran has presented a comprehensive program to reform the KRG. This would put Gorran in a position to oversee the reforms within the peshmerga, the Kurdistan Region Security Council, and the ministries of Interior and Finance. Peyser Press, funded by Gorran, reported Jan. 22 that the KDP had agreed to some of Gorran’s demands, specifically its request for positions within the Kurdistan Region Security Council.

Yet the PUK, which has balanced the tension between Gorran and the KDP, all the while continuing to negotiate with the KDP over the governorship of Kirkuk province, believes that the negotiations over the government should continue. “We want a stable and coherent Cabinet to be formed, so in the future it won't face the problems that the previous Cabinet encountered," senior PUK official Farid Asarsad told Kurdistan 24 Jan. 21. "Even when the previous Cabinet was formed, it was done in a hurry and needed more negotiations. It is better if we negotiate with each other longer, [rather] than forming a Cabinet in a haste.”

Asarsad said that, in the negotiations, the issue of Kirkuk and the KRG's relations with Baghdad should be one package. If the PUK and KDP are not singing the same song in Kirkuk, it could affect the stability of the KRG Cabinet in Erbil.

When asked what would happen if Gorran and the KDP formed a Cabinet without the PUK, Asarsad sounded the alarm. “This would be a bad option," he said. "That means leaving the PUK out. If the PUK is out, all the possibilities are open and there is no such thing called the KRG [without the PUK].” He said that regardless of how many seats the PUK has in the regional parliament, the KDP should be realistic and deal with the PUK differently, because the PUK rules a region similar in size to the KDP-controlled area and has the same number of security forces under its command.

While the negotiations continue, the outlook in the Kurdistan region is positive. Perhaps the political parties have come to their senses to work together, with the backing of international and regional actors. Al-Monitor has learned that Iran's foreign minister, Mohammad Javad Zarif, who met with the representatives of the major parties in his recent trip to Iraq, urged all the parties to work together to establish a stable Cabinet.

The most striking aspect of the recent negotiations has been how the KDP and Gorran have changed their rhetoric. Just a year ago, Gorran and the KDP were accusing each other of "treason" over contentious issues, such as the Kirkuk debacle of October 2017. “We are not saying we have a magic wand … we say we are in negotiation for this [reform] program," said Sardar Qader, a senior member of Gorran, Jan. 22. "If our [national] council decides to participate, we will join [the government] based on these principles. … Joining the government is not treason and staying as opposition is not treason either."