While the UN envoy to Syria lamented the 11th meeting of the Astana talks as a "failed possibility" to make progress, other participants felt differently about the results. 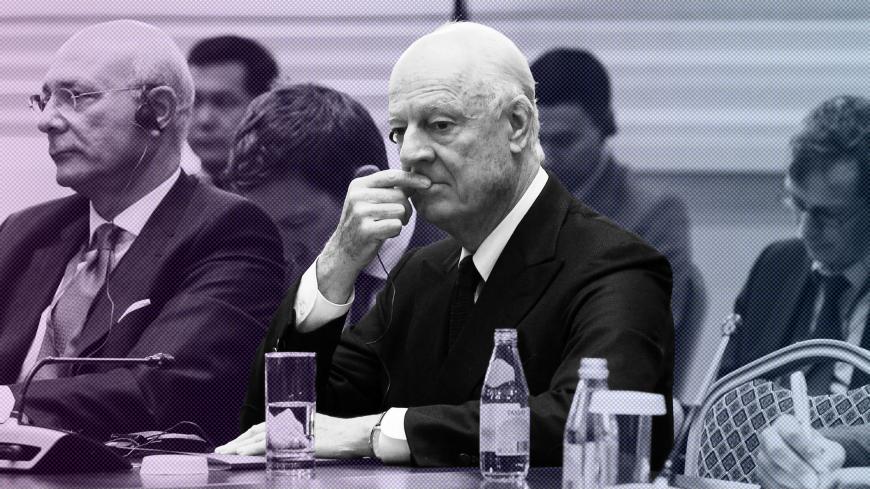 The 11th round of Astana talks on Syria, held Nov. 28-29, turned out to be the shortest in the process thus far. The guarantors published a joint statement in the morning of the second day, contrary to the established tradition of doing so in the evening. The brevity of the talks clearly demonstrated that the sides had failed to achieve any significant results. In all fairness, however, few had expected a breakthrough in a round that stressed new priorities such as prisoner exchanges.

Shortly before the meeting, at a coordination council session of the Russian-French Trianon Dialogue, Russian Foreign Minister Sergey Lavrov expressed his hope that the participants “take measures needed to finish the formation of the Constitutional Committee,” which is supposed to draft a new constitution for Syria under UN auspices. Meanwhile, TASS, the Russian state news agency, reported that complex questions had been “avoided within the summit’s agenda,” and no decisions “on the de-escalation zone in Idlib and on the Constitutional Committee” were made.

The sides did not even agree on the committee’s membership because of issues surrounding the third list of civil society representatives that the United Nations must approve, although 142 out of 150 suggested representatives have been agreed upon. Delegates from the Syrian opposition linked the controversy to “Russia’s attempts to impose certain names” that Staffan de Mistura, the UN secretary-general’s special envoy for Syria, had already rejected.

De Mistura, who has announced that he will be stepping down in December, expressed his regret at the lack of substantial progress over the past 10 months. He called the meeting a “failed possibility,” promised to succeed in forming the Constitutional Committee by Dec. 31 and joked about the lack of women in the delegations.

Nevertheless, Alexander Lavrentiev, the Russia president’s special envoy for Syria, said Russia considers the results of the summit to have been positive. “We actually discussed a wide range of issues, from the situation on the ground around Idlib to the problems in other parts of Syria, as well as the general stabilization process,” he said.

Ahmed Tomeh, head of the Syrian opposition delegation, also put a positive spin on the talks. He noted, “The result did not meet our ambitions entirely, but the Astana format’s advantage is that it is currently the only effective way to solve the problems.” He added, “Regarding the problem of Idlib, the negotiation has been successful.” The opposition's reaction can probably be explained by the position Russia adopted at the talks.

On the one hand, the sides agreed to continue prisoner exchanges between the government and the opposition. The first such exchange took place Nov. 24, following a “10 for 10” formula. Lavrentiev hopes that the sides will manage to exchange 50 to 60 people the next time. The leader of the Russian delegation said that Damascus and the opposition have accused each other of illegally holding large numbers of people — the regime’s list cites 16,000, the opposition’s up to 15,000 — but added that the allegations must be fact-checked.

On the other hand, Russia’s stance at the talks has grown increasingly open and less propaganda-based. Of note, Lavrentiev as well as Russian state media did not avoid mention of the “moderate opposition” in regard to the situation in Idlib.

Lavrentiev was quoted as saying, “We do wish sincerely that the situation in the province stabilizes, that the moderate opposition actually succeeds in suppressing the radicals there. It is hard to estimate how soon the problem will be resolved, though certainly it should be done without delay, as civilians are suffering.” He added that the number of militants associated with Jabhat al-Nusra stands at 15,000 people. Citing its own source, state-run RIA Novosti reported that the cleansing of the Idlib demilitarized zone of militants is lagging and that Russia “is ready to support Turkey and the armed opposition in this work,” if necessary.

This hardly reflects a shift in Moscow's official position. First, Russia realizes that support of the operation in Idlib will come at a price; thus its own interest lies in encouraging Turkey’s efforts there and in northern Aleppo, which also helps it avoid strong criticism. Second, due to the opposition's fragmentation and the obvious weakness of its political delegation, the formation of the Constitutional Committee will greatly benefit Assad, who sabotages even the most glaringly decorative political reforms.

The Syrian government’s delegation, as usual, accused Turkey of territorial annexation while ignoring the opposition's presence in Astana. The Syrian Arab News Agency emphasized that the summit’s objective was to wrap up consultations between the Russians and Iranians.

Considering claims by Ankara and its Syrian rebel allies about their intention to conduct a military campaign in northern Syria east of the Euphrates, it is noteworthy that the situation in Syria's northeastern provinces was highlighted for the first time within the Astana format. On the first day of the summit, Lavrentiev spoke about progress in the area.

“The latest news is quite hopeful,” Lavrentiev said. “The government troops finished the eradication of [Islamic State] remnants in several areas of Syria, including Suwayda.” He added, “We are certain that the operation against the terrorists to the east of Euphrates and along the border between Syria and Iraq will be equally victorious.”

Lavrentiev did not make a mistake by mentioning the prospect of taking action in the region controlled by the US-backed Syrian Democratic Forces, as later on he said the Astana process guarantors question the extent of the need for the US military presence in the area given that the enemy there does not exceed 1,500, while the Kurdish groups fighting them stand at 60,000.

It is clear, however, that Moscow does understand the reason behind the international coalition’s presence on the east bank of the Euphrates, but discussing the legitimacy of the actions by the United States and its allies allows it to emphasize the guarantors’ efforts at maintaining Syria’s territorial integrity on the one hand while on the other showing diplomatic respect to Turkey, encouraging its (still fruitless) attempts to resolve its problems with the Kurdistan Workers Party and the associated People's Protection Units. The current dynamic in Russian-Turkish relations generally reinforces Russia’s negotiating position as concerns the Syrian agenda, but if Turkey decides to launch a limited-scale campaign in the northeast, pro-government forces will not hesitate to exploit the situation, launching an operation in another area simultaneously.

The 11th round of the Astana process saw a continued focus on refugee repatriation, a process as political as it is humanitarian, designed to demonstrate the stability of the Syrian regime. According to Lavrentiev, about 2.5 million refugees remain in Jordan and up to 1.5 million in Lebanon. He said the number of Syrians who have returned home from these countries is "less than several dozens of thousands." As Lavrentiev pointed out, Russia relies on the aid of international organizations when it comes to repatriation efforts.