Does ‘Syrian trio’ of Russia, Iran and Turkey have a future?

There are signs that the Astana talks on the Syrian war — which began in 2017 and are sponsored by Moscow, Ankara and Tehran — have little prospect of making progress going forward. 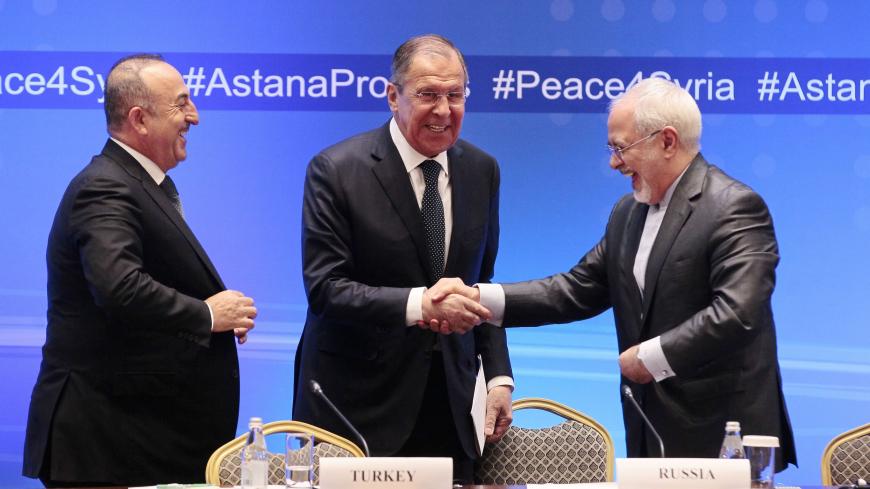 On Feb. 16-17, the Russian seaside town of Sochi hosted the 15th round of Syrian peace talks between Russia, Iran and Turkey — the three guarantor countries of the so-called Astana talks. The Astana process began over four years ago, when the trio hosted talks between a Syrian opposition delegation and representatives from Damascus in the Kazakh capital of Nur Sultan (formerly Astana) in January 2017.

In addition to the three sponsor states, representatives of international organizations — including the UN and the International Committee of the Red Cross — as well as delegations from the Syrian government and the opposition took part in the latest round of negotiations. The event was held in Sochi due to COVID-19 restrictions in Nur Sultan.

While the Astana talks were created to address tasks not given due attention in the UN-backed Geneva process — primarily for work “on the ground,” ensuring cease-fire-related measures and facilitating the exchange of prisoners — there are indications the talks largely have outlived their usefulness. They were never able to become an alternative to the Geneva platform by filling the agenda with political and military aspects.

Meanwhile, military issues are increasingly being raised in bilateral negotiations between the presidents of Russia and Turkey and are being implemented by the Russian and Turkish military and diplomats, without reference to the Astana format. Oftentimes, decisions by Moscow and Ankara related to Syria are approved retroactively at Astana trio summits attended by heads of state of Russia, Turkey and Iran.

At the talks in Sochi, the Russian delegation, led by President Vladimir Putin’s special envoy for Syria, Alexander Lavrentiev, tried to focus on continuing the fight against terrorism, namely against the Hayat Tahrir al-Sham group in Idlib, as well as the Islamic State and al-Qaeda. This broad goal was affirmed by the attendees in the second paragraph of the final summit document, yet the following paragraph emphasized the need to maintain peace “on the ground” through the full implementation of all existing agreements on Idlib. The document also indicated that the Syrian crisis does not have a military solution. In this context, Lavrentiev's calls on the sidelines of the event for the Syrian opposition delegation to intensify efforts to free Idlib from the presence of Hayat Tahrir al-Sham are also of interest.

“I think the time has come for the Syrian opposition to try to take this matter into its own hands and free these territories from terrorist organizations,” Lavrentiev said.

This indicates Moscow will not take military steps in the near future in this regard, and is ready to abandon the course of solving the problem of radicals in Idlib through joint military operations with the government in Damascus. It is likely the Russians will continue to exert limited military pressure, using targeted airstrikes, but only to push Turkey and the Syrian opposition to start hostilities against Hayat Tahrir al-Sham.

The final document also contained an obvious message to the United States, criticizing its support for the Kurdish-led Syrian Democratic Forces.

In particular, it is indicated that the participants in the meeting rejected all "illegal initiatives for self-government under the pretext of fighting terrorism, and expressed their determination to oppose separatist plans in the Trans-Euphrates region, aimed at undermining the unity of Syria and threatening the national security of neighboring countries.”

A large prisoner exchange between the government and the opposition could be one way to boost the Astana format at this stage — yet in the final document the parties only “confirmed their determination to build up and expand cooperation within the Working Group on the Release of Detainees/Hostages.” The lack of progress here falls on the Syrian regime, which takes part in negotiations on this topic under pressure from Moscow, yet publicly refuses to deal with the opposition and recognize it as a legitimate party to the negotiation process.

For Syrian President Bashar al-Assad, all of his opponents who did not lay down their arms, regardless of ideology and political spectrum, and those civil forces that support them, are "terrorists." Thus Damascus would like to avoid an equivalent exchange of prisoners, as this could be perceived as a recognition of the armed opposition as a belligerent rather than as a terrorist community that must be destroyed.

While two paragraphs of the final document adopted by the Astana troika in Sochi were devoted to the Constitutional Committee, they were purely declarative in nature and are unlikely to speed up the process of agreeing on a new constitution or amending the old one. The slow progress here results from the approach of Damascus, which considers itself a winner in the war and not in need of any reforms. The Syrian regime itself is not represented in the Constitutional Committee, and Assad said that the committee's “governmental” list only represents the point of view of the country's leadership and should be considered “government-backed,” not “governmental.”

That is, the regime reserves the right to reject any provisions adopted by the committee, considering them mere recommendations that the government isn’t bound to implement since it did not officially participate in their development.

Damascus' objective when it comes to the Constitutional Committee is to engage in minimal participation in order to delay the committee's work long enough for Assad win the 2021 presidential election in accordance with the current constitution. The participation of the Syrian regime in the work of the Astana format has nearly identical goals.

At the same time, the Astana format will continue to be in demand as a necessary element of legitimizing the military presence of its three sponsors — Russia, Iran and Turkey. Therefore, the meetings within the troika will continue regardless of the presence or absence of results.

So when Damascus says the Turkish presence in Syria is illegal, is is to some extent disingenuous — at least when it comes to Idlib. Agreements on the deployment of Turkish observation posts and armed forces were reached at the sixth round of Astana talks in September 2017, and the parameters of their presence were agreed upon and approved by all participants prior to the Turkish military entering Idlib.

In turn, for Russia and Iran it is also important that their military presence in Syria is based not only on agreements with Damascus, but also on corresponding agreements within the framework of the Astana talks.

Despite constant statements that the Assad regime is the only legitimate government in Syria, Moscow and Tehran are certainly aware of Assad's dubious legitimacy for a significant part of the international community and the presence in UN Security Council Resolution 2254 of the provision that Syria should form a new inclusive executive body to replace the old institutions.

Thus, the Astana agreements are also capable of providing additional legal grounds for their military presence. This is due to the fact that representatives of the UN, the International Committee of the Red Cross and observer countries such as Jordan, Lebanon, Kazakhstan and Iraq are participating in the Astana process itself. American diplomats have also previously attended the Astana events, up to and including the eighth round of negotiations in December 2017. The Russian side, in turn, does not give up hope that the United States will also resume its participation in the meetings within the Astana process.

“We sent an invitation to our American partners to participate in the conference, but unfortunately we were refused. At present, the Americans are busy with internal affairs and, apparently, have not yet completely decided on the line in the Syrian direction,” Lavrentiev told reporters on the eve of the talks on Feb. 16 in Sochi.

At the same time, attempts to institutionalize the Astana trio — through expanding the sphere of common interests of Russia, Iran and Turkey — have not yet led to any success. During the Nagorno-Karabakh clashes in July 2020, the trio was not able to extrapolate the experience at Astana to deal with an issue outside the Syrian war. The same is not true for the Moscow-Ankara duo — which continues to show its viability both on Syria and other topics.