The BDS movement proudly presents all of its "achievements" in the last year, yet all of these campaigns did little to advance the end of the conflict and the occupation. 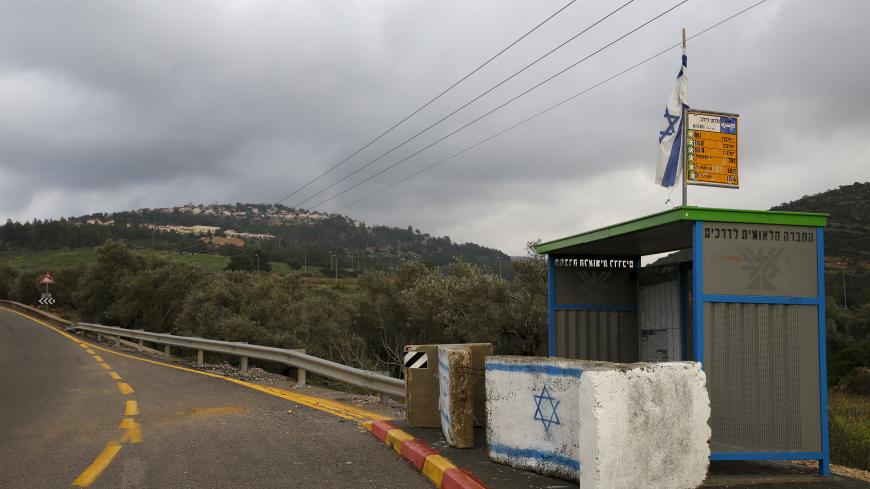 A general view shows a road leading to the Jewish West Bank settlement of Dolev where rental properties listed on Airbnb were offered, Feb. 23, 2016. - REUTERS/Baz Ratner

In recent weeks, the boycott, divestment and sanctions (BDS) movement has logged several impressive achievements. The giant home-sharing Airbnb site announced Nov. 19 that it was removing listings of accommodations in Israeli settlements in “the occupied West Bank,” claiming they were at the heart of the Israeli-Palestinian conflict — although the movement expressed disappointment that the decision did not cover listings in East Jerusalem.

Shortly after, on the Nov. 28th International Solidarity Day with the Palestinians, the Irish Senate moved forward with legislation boycotting products made in the Israeli settlements after Israel’s efforts failed to soften the language of the proposed bill. On the following day, Chile’s Congress gave overwhelming approval to a proposal calling on the government to boycott the settlements in any future agreements with Israel, and to re-examine past agreements. Lawmakers also decided to issue directions to all Chileans visiting Israel or doing business there to “ensure they will not support colonization or cooperate with the violation of human rights in the occupied territories.”

The BDS movement recently issued a list of 18 “extraordinary strides,” as it described them, that it took in 2018 on behalf of Palestinian rights by “exposing Israeli crimes and apartheid policy.” The movement called on its supporters to donate money in order to turn the words “freedom, justice and equality” from an aspiration into reality.

Indeed, the Israeli occupation of the West Bank and the settlements it established there constitute an ongoing violation of international law, reminiscent in large measure of South Africa’s apartheid regime. However, it is high time the leaders of the BDS movement took a clear look at the situation and asked themselves a simple question: Have their “extraordinary strides” brought the Palestinians an iota closer to realizing their desire for freedom, justice and equality than they were when BDS was launched in July 2005?

The BDS activists can find the answer to the question of the movement’s influence in the findings of a new study that examined the link between a sense of national coherence (SONC) and fear of the “other” — the link between identification with a consensual ethos and the rejection of other peoples or, in other words, how the desire of Israeli individuals to feel part of the Jewish nation affects their approach to non-Israelis/Jews and especially to Palestinians.

According to Shifrah Sagi, who directed the study, the findings indicate a negative link between the desire to identify with a national ethos and the willingness to accept as legitim the collective narratives of other peoples.

Sagi, a leading expert on conflict management, says that boycotts such as the BDS campaign against Israel actually mobilize Israeli society around the Israeli narrative and increase fear of the “other.” They distance the possibility and ability for reconciliation.

“The boycotts strengthen Israelis’ national coherence, which is based to a large extent on victimhood and common threats,’’ emphasizes Sagi. She says that one of her students found that the level of SONC after the summer 2014 war with Gaza known as Operation Protective Edge was significantly higher than before.

Ironically, Sagi, who has been active for years in various Israeli-Palestinian peace advocacy groups, was herself a victim of BDS recently. Under pressure from the movement, Stellenbosch University in South Africa canceled her participation and that of a half dozen Israeli researchers, among them Mohammed Dajani of East Jerusalem, in a Dec. 5-9 conference headlined “Recognition, Reparation, Reconciliation: The Light and Shadow of Historical Trauma.” In explaining their decision, organizers cited the Nationality Law adopted this past summer by the Knesset, among other reasons.

Ashraf Kagee of the Stellenbosch University did more than support the cancelation. He wrote to Sagi personally, saying, "This is absolutely not a personal issue against yourself or your colleagues. It is a political matter of not allowing the normalization of the Palestinian-Israeli conflict by means of discussions about reconciliation, empathy and forgiveness while Israel continues [in its path of occupation].’’

Sagi agrees. “It’s a political issue,” she says, immediately adding, “It’s stupid politics." When it became known that the conference had disinvited the Israeli researchers, Sagi says the Foreign Ministry was quick to contact her and offer its help. “I told them that I don’t want them in the picture,” Sagi recalls. If they were to become involved, “The political right would also exploit the boycott for the sake of nurturing the sense of victimhood and threat,” Sagi adds.

Indeed, the government of Prime Minister Benjamin Netanyahu has turned the boycott into a boomerang. In its campaigns, the BDS wages war not only against West Bank settlements but also against the State of Israel. By combining Jewish West Bank settlements and the State of Israel itself into one campaign, the movement is blurring the Green Line that has historically delineated Israel from the territories it occupied.

And so, the campaign has turned itself into an asset for the political right, arguing that it is attacking Israel and not the occupation policy. It portrays the BDS as an expression of anti-Semitism and uses it to nurture a sense of victimhood among the Jewish diaspora. Tourism Minister Yariv Levine even went as far as to compare the removal of several dozen accommodation listings from the Airbnb site to the Nazi selection of Jews in the death camps. The BDS tactics have not advanced the two-state solution nor returned a single Palestinian refugee to Israel; they did not stop the building of a single Jewish settlement outpost nor the razing of a single Palestinian home in the West Bank.

But while the movement failed as far as bringing results, for many people who wish to express their objection to the occupation, this is the right route to take.

On the other hand, a concerted effort by a handful of Israeli and foreign peace activists in the West Bank against the expropriation of Palestinian lands has been far more effective than all the BDS boycotts. The determined campaign waged by these volunteers against the evacuation of the Palestinian West Bank village of Khan al-Ahmar, for example, has resonated around the world — including the International Criminal Court (ICC) in The Hague — far more loudly than all the BDS boycotts combined.

The chief prosecutor of the ICC, Fatou Bensouda, recently described the planned Israeli razing of the village to make way for Israeli settlers as a war crime. The prosecutor’s threat to use her authority to launch criminal proceedings against Israel under the Rome Statute seems to scare Netanyahu more than Education Minister Naftali Bennett and former Defense Minister Avigdor Liberman, who are threatening to outflank him from the right (demolition has been suspended for now). That’s all he needs — as if he does not have enough criminal cases already piling up against him.