Tourism Minister Yariv Levin is willing to sacrifice Israel's tourism industry for the sake of his pro-settlement ideology and the fight against the boycott movement. 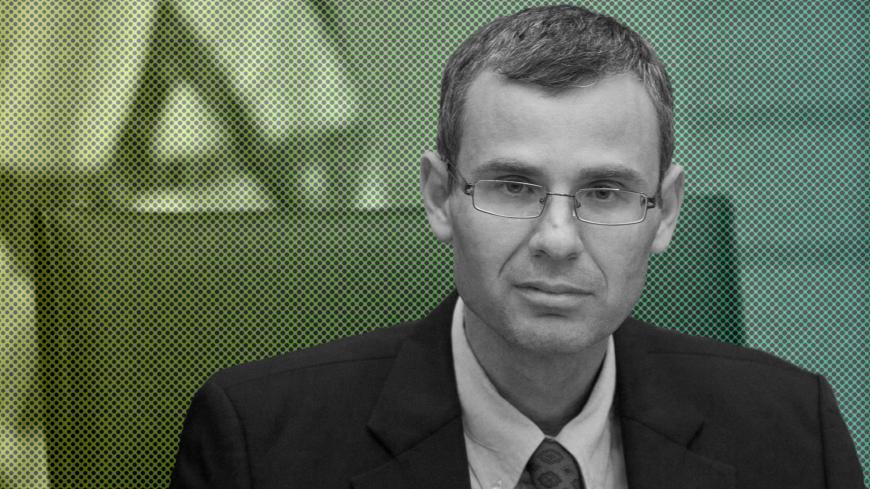 The global property rental giant Airbnb announced Nov. 19 it was removing some 200 listings in Israeli settlements located in the West Bank. ”We concluded that we should remove listings in Israeli settlements in the occupied West Bank that are at the core of the dispute between Israelis and Palestinians,” according to the company’s press release headlined “Listings in Disputed Territories.” The company went on to describe the process that led to its decision, including discussion of “whether companies should not profit on lands where people have been displaced.” It concluded by expressing hope “that someday sooner rather than late … there will be a resolution to this historic conflict.”

Airbnb had been mulling the issue for some time. PLO Executive Council head Saeb Erekat demanded in 2016 that the company remove from its listings houses in West Bank settlements, arguing that they had been built illegally on Palestinian lands in violation of international law. This week, he welcomed Airbnb’s decision as “an initial positive step.”

Israeli peace organizations were also pleased. The anti-settlement Peace Now movement said that even if Prime Minister Benjamin Netanyahu and Education Minister Naftali Bennett cannot see the Green Line — Israel’s internationally recognized eastern borderline — “the rest of the world distinguishes between sovereign Israel and the occupied territories.” The Yesha Council, the umbrella organization of Israeli settlements in the West Bank, had an interesting reaction. It simply accused the Airbnb management of “anti-Semitism or capitulation to terrorism, or both.” The settlement leaders added, “A company that has no trouble renting apartments in dictatorships around the world and in places where there is no semblance of human rights picks on the State of Israel.”

Airbnb’s decision touched the most sensitive points of the Israeli-Palestinian conflict. The reactions by the settlers, the peace organizations and certainly the Palestinians were therefore expected. So was the Nov. 21 statement by Justice Minister Ayelet Shaked that she was considering legal steps against the company for its "discriminatory" policy.

Tourism Minister Yariv Levin took a different tack. He condemned the “shameful” decision by Airbnb, but also said he had instructed his office to take immediate steps to curb its operations throughout Israel. Levin also instructed the ministry to formulate a plan promoting tourism and vacation rentals in the West Bank.

Levin’s announcement is strange for two reasons. First, does Levin’s office really intend to market the settlements of Efrat, Tekoa, Sussiya and Beit El around the world and encourage tourists to go visit settlements located far from Israeli urban centers in regions at high risk of violence? Promoting tourism to the West Bank does not require a special campaign, especially not one at the expense of the Israeli taxpayer. The government and its affiliated bodies funnel huge amounts of money via every possible channel to the local councils there and to the various settler organizations. They can market the settlements themselves to a dedicated target audience, generally visitors who go there to make a supportive political statement rather than to vacation. Second, Levin’s decision will harm foreign tourism to Israel just so he can defend the settlement enterprise if he fraudulently presents a visit to Tekoa, Beit El or Amona as no different from a vacation in Tel Aviv, Jerusalem or Haifa. Is his office not in charge of increasing the number of tourists to Israel?

The Tourism Ministry conducts regular campaigns around the world at a cost of millions of dollars to encourage visits to the Holy Land. It offers tours of historic sites and to places holy to the three Abrahamic religions, along with medical and spa tourism to the Dead Sea, unending sunshine in the Red Sea port of Eilat and the exciting night life in Tel Aviv, emphasizing the city’s openness to the LGBT community.

At the same time, the head of the Israel Incoming Tour Operators Association, Yossi Fatal, is warning that the greater the number of tourists, the greater the dissatisfaction with their experience due to a severe shortage of tourist accommodations, among other reasons. Fatal warned Nov. 6 against a “crisis of confidence by global tourism markets in the Israeli tourism product.” Nonetheless, the tourism minister thinks it makes sense to clash with the world’s biggest vacation rental agency and try to force it to toe the right-wing government policy on the disputed settlements.

Airbnb is very active in Israel. In November 2017, the municipality published a poll among tourists to the city indicating that Tel Aviv had set a world record in the number of tourists renting Airbnb accommodations. According to the poll, 51% of visitors to the city rented on Airbnb compared with only 30% who opted for a hotel (9,700 Airbnb vacation rentals are available in Tel Aviv, compared to 8,000 hotel rooms). The reason is obvious: Hotel prices in Israel, especially in Tel Aviv, are high to prohibitive. Were it not for the Airbnb options, tourist numbers would certainly have declined and the ministry would have been unable to boast of record-high tourism.

Minister of Public Security Gilad Erdan is willing to sacrifice Israeli tourism in the name of defending the settlements. He formed a special unit to deal with the anti-settlement boycott movement, and it backfired. Erdan essentially set up a thought police that bars anyone suspected of supporting the boycott in the past or present from entering Israel. In doing so, he turned the movement into a greater threat than it was. Levin is also willing to sacrifice Israeli tourism to stand alongside Erdan and shout for the world to know that a visit to the settlements is the same as anywhere else in Israel.