Palestinians are hoping other online giant companies will also boycott Israel and its settlement activities after Airbnb decided to remove its listings from Israeli settlements in the West Bank. 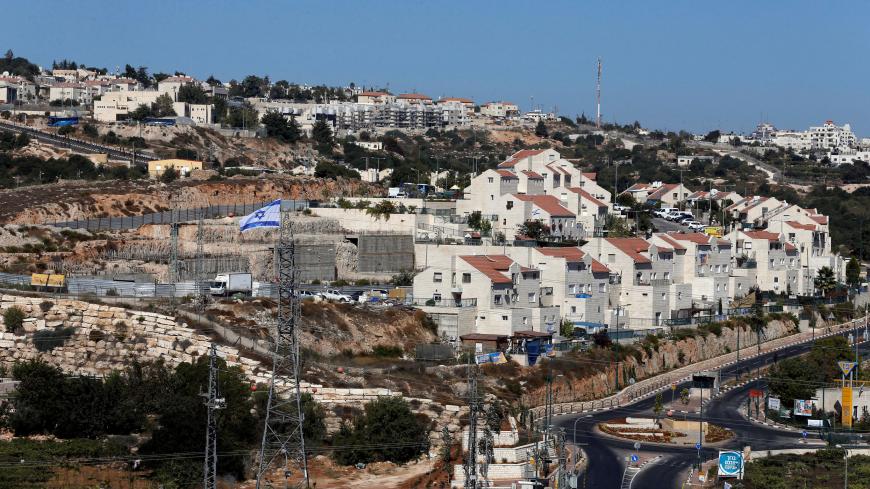 The decision by the online rental giant Airbnb to remove its listings in the West Bank settlements puts the company in the forefront of major US companies that are feeling international pressure to stop legitimizing and profiting from Israel's occupation. The major question now is whether other tech giants will follow suit.

In its Nov. 19 announcement, Airbnb said that despite the fact that US law allows for business as usual in Israeli settlements, “We must consider the impact we have and act responsibly.”

After listing a five-point framework for evaluating what to do on a case-by-case situation, the rental giant concluded, “We should remove listings in Israeli settlements in the occupied West Bank that are at the core of the dispute between Israelis and Palestinians.”

What Airbnb didn't say was that its announcement came on the eve of the publication by Human Rights Watch of a 65-page investigation titled “Bed and Breakfast on Stolen Land.” The report gave detailed documentation of homes listed by Airbnb and Booking.com that are built on confiscated private Palestinian land.

In its Nov. 20 report, the US-based HRW said Airbnb listed at least 139 properties in settlements, excluding East Jerusalem, between March 22 and July 6, 2018. HRW also said Booking.com had 26 such properties listed as of July 2018.

Among those interviewed by HRW researchers was a US citizen — Awni Shaaeb — a 70-year-old resident of the Palestinian village of Ein Yabroud. Shaaeb told HRW that Israeli settlers began to seize Palestinian villagers' land in 1975 to establish the exclusive Jewish settlement of Ofra. HRW said aerial photos obtained by the Israeli nongovernmental organization Kerem Navot show “that rental property on his land now listed on Airbnb was built in 2006 or 2007.”

Shaaeb added that he has never been given the opportunity to consent to rentals on his land or profited from them. The report concludes that despite being a US citizen who lived in the US for more than three decades, Shaaeb cannot enter Ofra to visit the rental property because he holds a Palestinian ID. “For someone to occupy your land, that’s illegal,” he said, adding, “But for someone to build on your land, rent it out, and profit from it — that is injustice itself.”

Omar Shakir, the Israel and Palestine director at Human Rights Watch, told Al-Monitor that the decision of Airbnb to pull out of settlements is “significant,” arguing that by doing so, the online giant is “adhering to international law and responsibilities.”

Shakir hopes that the decision “sends a clear message to other companies” that continue to profit from the Israeli illegal settlements.

Shakir was referring to a report HRW produced in January 2016 entitled “Occupation Inc.: How Settlement Businesses Contribute to Israel’s Violations of Palestinian Rights.”

While the HRW reporting might have pushed Airbnb toward this significant decision, what Airbnb doesn't admit to is the huge international solidarity force that the Palestinian-led boycott and divestment movement (BDS) has had.

BDS activists around the world have been targeting Airbnb and others for some time. This is reflected indirectly in the online giant's statement, which notes that Airbnb is “a global platform operating in 191 countries and regions and more than 81,000 cities.” Airbnb continued that "there are many strong views as it relates to lands that have been the subject of historic and intense disputes between Israelis and Palestinians in the West Bank.”

In a Nov. 22 statement, the Palestinian BDS National Committee welcomed the Airbnb decision, calling it an “important first step” but saying it was not comprehensive. The committee said the decision by Airbnb doesn’t include occupied East Jerusalem and the occupied Syrian territory, referring to the Golan Heights, which Israeli unilaterally annexed; no country in the world has recognized the annexation.

The BDS committee noted, however, that “Airbnb is contradicting its own statement by failing to delist properties in illegal Israeli settlements in occupied East Jerusalem, including the Old City. All Israeli settlements in occupied Palestinian — and Syrian — territory constitute war crimes under international law. East Jerusalem is no exception.”

Unlike the BDS committee, the Palestinian leadership was strangely quiet. Nabil Shaath, a senior adviser to Palestinian Authority President Mahmoud Abbas, was the only exception. Shaath told Al-Monitor that BDS is “the only effective weapon” against the Israeli occupation, its war crimes and its discrimination policies.

Shaath argued that BDS “has a strong chance to turn our case to one like that of South Africa, where international sanctions produced impressive results.”

Shaath said that while he is a “strong supporter of BDS,” Abbas and the government are tied down by the Oslo and Paris agreements, which bar the Palestinian Authority from supporting boycotts and sanctions against Israel. “But the commitments made by the Palestinian National Authority are not obligatory on the Fatah movement,” Shaath added.

Shaath said both Fatah and the PLO's Palestine National Council have supported the international boycott movement, but noted that these decisions are not receiving the necessary backing. “When I was head of the international affairs in Fatah, I used every occasion I had internationally to call for boycotts of the Israelis,” he said.

Airbnb's decision will no doubt push others to do the same under pressure from BDS activists, who will undoubtedly continue in their activities regardless of what the Palestinian president and government ultimately decide. But it is becoming clear with every passing day that the Palestinian Authority, an organization mandated under Oslo, is becoming more of a liability than an asset in terms of its role in speeding up international solidarity and support for the cause of freedom and independence that Palestinians yearn for.