Does the US want a war with Iran over Syria?

Despite Trump’s initial caution about an indefinite military commitment, the risks of the United States getting drawn into the Syria conflict are growing. 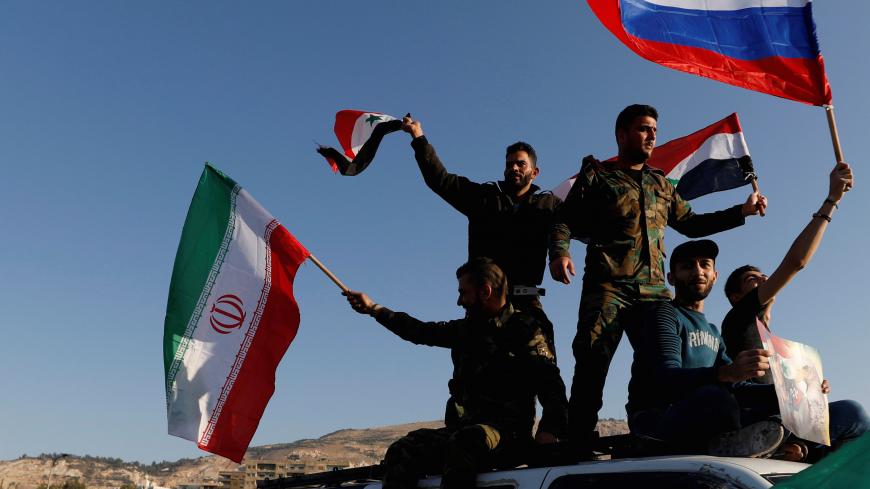 In February, we wrote, “Although the Islamic State (IS) is near defeat, Syria now risks a confrontation among the major regional and world powers. This turn of events can only be characterized as a failure of imagination and leadership, requiring an urgent rethink of the endgame in Syria … a turnaround in Syria requires a change of mindset. The final chapters of the battle against IS should have been a transition of opportunity rather than crisis. But the situation today is nonetheless in crisis. The ‘proxy war’ approach has turned into something more ominous. US, Russian, Turkish, Iranian and Israeli forces are now all active parties to the conflict. The Syrian actors, and their regional backers, have the potential to become the tail wagging the dog, unless the United States and Russia can turn things around.”

That risk of escalation, including accidents, has only grown over the past 10 months. US President Donald Trump has stepped back from his previous hesitancy about an open-ended commitment in Syria, perhaps distracted by the special counsel investigation over Russian meddling in the 2016 US presidential election, political fallout from the Republican loss of the House of Representatives and transitions in the White House staff. Although he said April 14 that “America does not seek an indefinite presence in Syria, under no circumstances,” national security adviser John Bolton set the circumstances for an indefinite presence when he declared Sept. 24, “We’re not going to leave as long as Iranian troops are outside Iranian borders and that includes Iranian proxies and militias.”

As Mohammad Ali Shabani explained here, the US policy of “maximum pressure” is unlikely to break Iran’s commitment to Syria. The Iranian parliament is also moving ahead with “bills related to the Financial Action Task Force that supporters say would create transparency in Iranian banking and facilitate trade with Europe,” as Al-Monitor staff reported last week.

Meanwhile, Iran’s bilateral ties with Turkey have grown as US-Turkish relations have sunk. “Europe’s failure to deal with Russian threats, particularly regarding Crimea and the Syrian crisis, has also prompted Turkey to stop waiting for Europe and instead deal with Iran and Russia on its own,” writes Saeid Jafari. “Iran’s actions following the failed 2016 putsch in Turkey — when compared to the actions of other Persian Gulf states — helped promote ties and trust between the two countries. The common challenges created for both Tehran and Ankara by Saudi Arabia should also not be forgotten. For example, Riyadh’s behavior toward Qatar, an ally of Turkey and a friend of Iran, has pushed Ankara more toward Iran than Saudi Arabia, in regard to regional policies. … At a time when Iran is facing pressures from the United States and Saudi Arabia, it is unlikely that Turkey will join the latter, especially since Ankara’s own relations with these countries is going through its worst period.”

While the United States claims that it does not seek regime change in Iran, some in the Trump administration consider the Iranian government as on the brink of collapse because of a failing economy and the rise of a more globally connected generation tired of the autocracy and diktats of the ayatollahs. There is of course volatility and discontent in Iran, well covered by our Iran Pulse. But one is reminded of what Michael Corleone said in "The Godfather: Part II" of his rival Hyman Roth — “he has been dying of the same heart attack for the last 20 years.” In Iran’s case, we are talking about a nearly 40-year heart attack since the Iranian Revolution. Someday there will be change, but the United States has so far set itself up to play a marginal role regarding when, how and on what terms that change might come. There is also the question of what comes next, and whether there would be consequences for US interests and stability in Iraq, Syria and Lebanon, as well as for the people of Iran, in the event of a transition.

Iran is not Poland in 1989, where Solidarity, backed by President Ronald Reagan and Pope John Paul II, both popular figures among Poles, forced the Communist government from power. Nor are we approaching Iran with the prudence and light touch that President George H.W. Bush displayed during the fall of the Soviet Union. The United States has instead taken the tack of maximum pressure, dismissing, for now, direct diplomatic contact, and in the process ceding influence and leverage in Iran to Russia and China. While US sanctions no doubt have put Iran in a bind, whether they are winning hearts and minds among Iranians with crippling sanctions is an open question. US sanctions and name-calling by senior US officials have “revived a sense of patriotism among many Iranians and rallied them behind the flag, a sentiment that the Islamic Republic might need to counter mounting US pressure and alleviate public anger at economic hardships, as we reported here last month.

Iran is also not Iraq in 2003. There is some deja vu in the steady drip of the accusations of Iranian malfeasance and support for Hezbollah that could create the paper trail for retaliatory military action, reminiscent of the litany of perils of Saddam Hussein’s alleged weapons of mass destruction programs in the lead-up to the war in Iraq in 2003. The difference between then and now is that leading up to the US invasion of Iraq, everyone knew it was happening. The George W. Bush administration committed its full political capital and military resources for that effort, which Trump has called “the single worst decision ever made.”

This makes the current US approach to Iran in Syria something of a puzzle. Trump reportedly told Bolton, “I’m not going to let you start a war with Iran.” We find it hard to believe that Trump, given his well-documented resistance to indefinite military commitments in the Middle East, would want to be remembered for just such a commitment in Syria, with all the attendant risks of escalation.

Trump’s hesitancy about an open-ended military commitment in Syria is shared by Americans across the political spectrum. His predecessor, Barack Obama, who like Trump also opposed the war in Iraq, resisted advice from those in his administration who argued for a more extensive militarily engagement in Syria. Public opinion is uneasy, at best, about deeper military engagement in Syria or with Iran. A Huffington Post/YouGov poll in March showed that only 23% of Americans support a US declaration of war on Iran. Only 18% of Americans supported the use of ground troops in Syria in a CBS news poll in April 2017.

Or perhaps Trump will look for the art of the deal, at some point, with Iran. While Bolton and others may believe that sanctions will cause a teetering Iranian government to buckle, Trump, despite his consistent hostility to the Iranian government, may not have ruled out a better deal than the Joint Comprehensive Plan of Action, if such an agreement can address Iranian missiles and regional issues. In September, Trump tweeted that while he had no plans to meet with Iranian President Hassan Rouhani, “maybe someday in the future. I am sure he is an absolutely lovely man!” There is precedent in Trump’s approach to the renegotiation of the North American Free Trade Agreement and his turnaround on Kim Jong Un, as we wrote here in March.