Iran, Iraq look to expand economic ties amid US sanctions

Despite US sanctions, Iranian and Iraqi officials hope to increase economic ties. 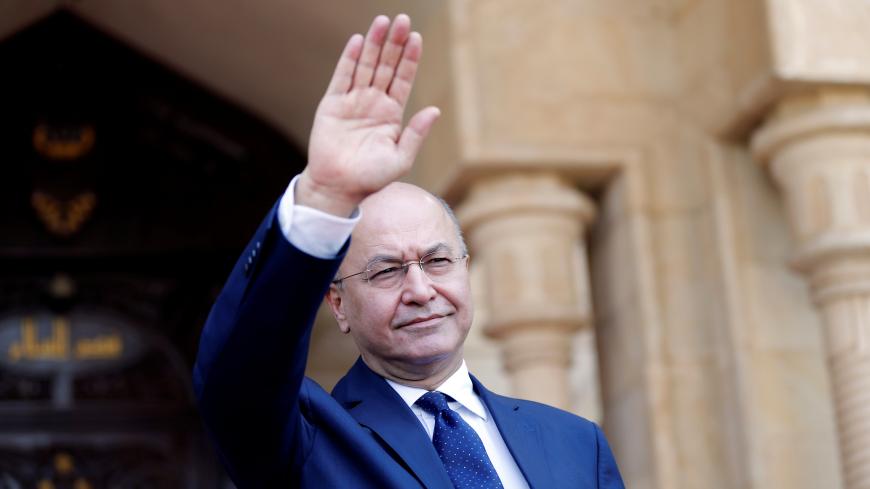 Weeks after the United States reimposed sanctions on Iran — even though UN monitors said Iran was in compliance with the nuclear deal that was signed under former US President Barack Obama's administration — Iranian President Hassan Rouhani said that Iran-Iraq bilateral trade could increase to $20 billion from its current $12 billion, and he spoke of expanding economic ties and relations between the two countries.

Rouhani made those remarks during a press conference with Iraqi President Barham Salih, who is currently visiting regional countries after assuming office in October. His next stop was Iran’s regional rival Saudi Arabia. Rouhani said the two leaders discussed economic issues including cooperation in electricity, gas, petroleum, oil exploration and extraction, and a railroad connection between the two countries for the purposes of trade and transportation of pilgrims between western Iran and southern Iraq.

In November, the United States granted Iraq a 45-day waiver to import natural gas and energy supplies from Iran. Salih said that Iraq is still currently negotiating with the United States over the fate of Iran-related sanctions after the waiver period. Some of the paths discussed publicly by Iranian and Iraqi officials for the purpose of evading US sanctions is the use of the dinar instead of the dollar, using a barter system for Iraqi goods in place of Iranian gas and the creation of a free-trade zone.

Salih thanked Iran for its help in fighting against Saddam Hussein's rule and also for its support in fighting against the Islamic State (IS). He discussed the importance of jointly addressing environmental issues and water issues in the region. Salih also said that Iraq can play a role in helping other countries establish relations — an indirect reference to the Iran-Saudi Arabia rivalry.

Salih met on Nov. 18 with Supreme Leader Ayatollah Ali Khamenei, who said that Iran and Iraq have an “incomparable relationship,” with a prime example being the Arbaeen pilgrimage in which millions of Iranians partake every year in Karbala, Iraq. This year, 2 million Iranians took part in the pilgrimage to commemorate the third Shia saint, Imam Hussein.

Khamenei congratulated Salih on Iraq’s elections but warned that some countries are promoting instability in the country. He said the only way to “fight these plots is to protect and support unity between Iraqi groups such as Arabs, Kurds, [Shiites] and Sunnis.” Salih, a Kurdish politician from the Patriotic Union of Kurdistan party, was selected by Iraq’s parliament to be president. As part of a 2003 power-sharing agreement, the top positions are divided among ethno-sectarian lines, with Iraq’s president being Kurdish, the prime minister Shiite and the speaker of parliament Sunni.

Khamenei also stressed the importance of relying on youth in the country, adding, “A prime example of an excellent result in relying on the youth is the formation of the Hashid Shaabi [Popular Mobilization Units (PMU)] in fighting against terrorism.” The PMU were instrumental in rolling back the advance of IS when the group took large parts of Iraq in 2014. The PMU were supported on the ground by Iranian advisers and in the air by US forces. The United States wants Iraq to “disarm, demobilize and reintegrate” the PMU. In the meeting with Salih, Khamenei said that because of their important role, the PMU should be “preserved.”