The anti-IS campaign in Iraq has deepened sectarian divisions between Sunni, Shiite and Kurdish regions, but despite communal and political fractures, many communities remain loyal to the Iraqi state. 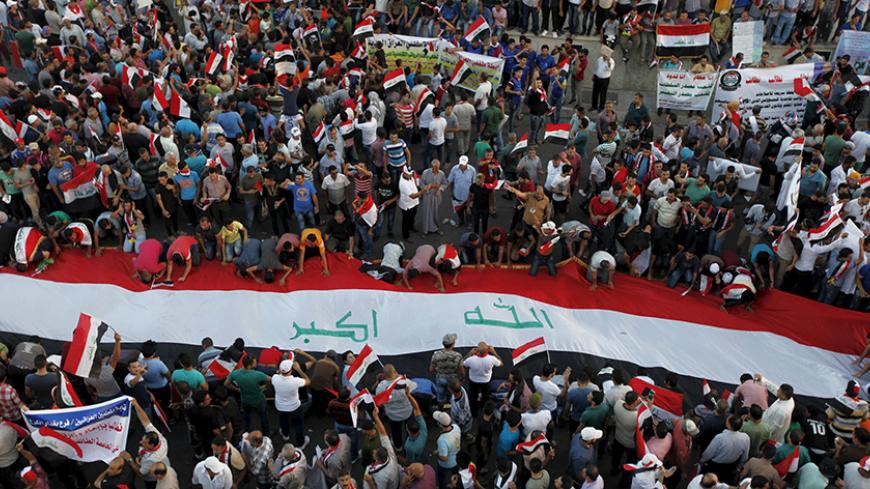 In many ways, Iraq’s battle against the Islamic State (IS) has deepened ethno-sectarian schisms between Sunni, Shiite and Kurdish regions. Sectarian militias act autonomously from Baghdad while the Kurds dig trenches around their expanded territories. Internal divisions are being encouraged by regional states seeking to create spheres of influence across the country. Iran has extended its reach to Shiite groups in Baghdad and southern Iraq, as well as the Kurdistan Region. Turkey has penetrated northern Iraq through Sunni Arab and Kurdish groups. Still, alongside these communal and political fractures is a resilient commitment to the Iraqi state. Distinct communities may benefit from the anti-IS campaign, external patrons and a weak Iraqi government, but they also have their own power struggles and political red lines that enforce Iraq’s sovereignty and territorial integrity.

Iraq’s aggrieved Sunni Arab populations are alienated from Baghdad, seek greater autonomy and oppose Iranian-backed Popular Mobilization Units and hard-line Shiite groups. They are also Iraqi nationalists and do not want to break up the state. In the absence of a cohesive political agenda or unifying leader, Sunni Arab Iraqis are pursuing distinct and competing local projects — all of which depend upon structures, resources and populations within the Iraqi state. Some Sunni Arab leaders want their own Sunni region while others seek to create new governorates based on greater decentralization. One proposed project includes Christians and other minorities in a new province to be carved out of Ninevah. Other Sunni Arab tribal groups are collaborating with Baghdad against IS and support a stronger government and local self-rule. In Ramadi, about 40,000 Sunni Arab fighters have joined the Popular Mobilization Units to defend their localities.

Nor have Iraqi Shiite groups given Iran carte blanche in Iraqi affairs. Indeed, most are grateful for Tehran’s immediate and ongoing military assistance against IS. Some Shiite political parties and militias continue to act as proxies for Iran's Quds Force commander Qasem Soleimani. Yet another part of the Shiite community seeks to balance Iraq’s interests in the region and assure Iraqi sovereignty. Iraqi Prime Minister Haider al-Abadi has attempted to mediate the Saudi-Iranian dispute — to no avail — by insisting on Iraq’s neutrality.

Efforts are also being made to bridge sectarian divisions at the societal level. In Karbala, for instance, while most of the 180,000 internally displaced persons (nazahin) from the IS onslaught are Shiite Turkmens or Shabak (Shiite Kurds) from northern Iraq’s Ninevah province, about 250 families are Sunni Arabs from Anbar. Some Sunni Arabs who fled Ramadi and Fallujah five years ago remain in Karbala, and Anbar sheikhs visit regularly for business and other affairs, even if is not their final destination. Attesting to the reception and assistance they have received in Karbala, leading Anbar sheikhs remarked that this assistance “makes one feel we are still unified … although this sense of unity would include ordinary people and exclude the politicians.”

Even the Kurds have not fully or consistently turned away from Iraq, despite their indisputable commitment to Kurdish national identity and territory. Erbil’s real choice is not whether to secede from Iraq or not, but whether to be tied to Ankara or Baghdad, even nominally. Part of the Kurdistan Region under Barzani’s control may have chosen Ankara; however, the rest of the Kurdistan Region opposes a Barzani family dynasty linked to Turkish President Recep Tayyip Erdogan, particularly as the Kurdish problem in Turkey remains unresolved. This is why Gorran representatives in the Iraqi parliament and populations in Sulaimaniyah also opposed Turkey’s military expansion in Ninevah, arguing it was an interference in Iraq and Kurdish affairs. For these groups, Baghdad remains an important political outlet to balance power inside the Kurdistan Region, check Barzani influence and appease Iran, even if financial dependencies have waned.

These dynamics are unlikely to bring Iraq’s disparate groups together under a cohesive sense of Iraqi identity anytime soon. Different communities continue to mark their own territories, display their own flags and claim their own resources, often in disregard to Baghdad or other groups. Still, the shifting local balance of power and interdependencies between substate actors challenges the "end of Iraq" thesis or the division of Iraq into three strong, unified ethno-sectarian communities. What has emerged instead are hyper-fragmented political entities that are attempting to reorder power inside the state. The survival and interests of these small and dependent entities not only requires political pacts and economic exchanges with other groups, including Baghdad, but also assurances that the Iraqi state remains intact.