The myth of a tripartite Iraq

Although it is often claimed that a federal state with an autonomous region for Sunnis, Shiites and Kurds would stabilize Iraq, this proposition has little bearing to the realities on the ground. 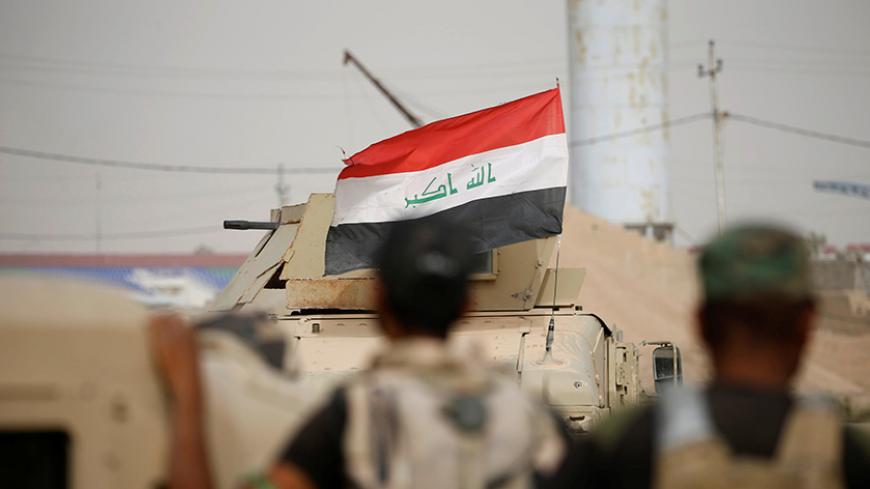 Since the overthrow of Saddam Hussein in 2003 and breakdown of the Iraqi state, ethno-sectarian partition has become a popular political mantra. The assumption is that a federal state based on three autonomous regions — Sunni Arab, Shiite Arab and Kurd — is the most realistic way to stabilize Iraq and keep its borders intact. This claim has revived alongside the devastation and communal distrust created by the Islamic State (IS) and the territorial, demographic and political changes resulting from the campaign to counter IS.

The problem is that a tripartite Iraq has little bearing to realities on the ground, particularly in a post-IS context. Sunni Arab, Shiite Arab and Kurdish communities may be religiously and ethnically distinct and concentrated in particular regions, but they have also been dispersed across territories since the IS onslaught and are deeply fragmented. Internal boundaries and the uneven distribution of resources remain disputed between and within groups, creating additional challenges to reordering borders along clear ethno-sectarian fault lines. Instead of three self-sustaining regions, Iraq has become an amalgam of hyper-localized entities seeking self-rule and self-protection, while remaining dependent on Baghdad and prone to proxy conflicts.

A deeper look at Iraq’s three main communities reveals the complexities of reordering internal boundaries along ethno-sectarian lines. The Kurds may have gained extensive territories in the anti-IS campaign; however, their de facto borders have been drawn in blood and not through negotiation. Key Sunni Arab groups that largely populate the disputed areas, as well as Yazidis and Assyrians, regard these territories as their own, and demand some form of autonomy. Some seek integration into the Kurdistan Region while others want to remain tied to Baghdad. None want to see strong regions emerge alongside their own borders.

Among the Kurds, divisions run deep over claims to territories and their resources. Although the Kurdistan Regional Government (KRG) has gained de facto control over parts of Kirkuk and its oil fields and considers these territories an essential part of the Kurdistan Region, the Kirkuk governor, a Kurd from the Patriotic Union of Kurdistan (PUK), is calling for an autonomous region that may or may not be tied to the KRG. In the disputed area of Sinjar, the potential for conflict has emerged between Massoud Barzani’s Kurdistan Democratic Party (KDP) and groups affiliated with the Kurdistan Workers Party (PKK) that are present in the area, including the People’s Protection Units and some Yazidi forces. Underpinning these tensions are disagreements over KRG political priorities. While the KDP presses for an immediate referendum for Kurdish independence, other groups such as the PUK and Gorran focus on institution-building and greater decentralization within the region.

A single Sunni Arab region is even less likely to come to fruition. Iraq’s Sunni Arab community, which has profound grievances against the Baghdad government, is deeply fragmented and without a common leader or political agenda. Except for former Ninevah Gov. Atheel al-Nujaifi, who seeks a distinct Sunni Arab entity in Ninevah, most other Sunni Arab groups demand different forms of self-rule within existing or newly created provinces to reflect post-IS realities. These demands affirm their ongoing distrust of Baghdad, as well as fear of retaliation by Shiite, Kurdish and other Sunni Arab tribal groups in IS-liberated territories. Intracommunal distrust coexists with Sunni Arabs’ sense of Iraqi nationalism and their commitment to Iraq’s territorial integrity.

Nor do Shiite Arab communities seek their own Shiite region. To be sure, Iraq’s southern provinces continue to challenge Baghdad’s authority. People living in Basra insist on greater control of their oil resources and revenues and want privileges similar to what the KRG has enjoyed in Iraq since 2003. The Shiite religious establishment, or marja'iyya, also protects Shiite communities and has important sway over southern Iraq, reinforcing a distinct sense of Shiite identity and regionalism.

Still, Shiite Arabs, who comprise about 60% of Iraq’s population, are deeply fragmented. The political chaos in Baghdad is largely driven by competing Shiite power centers tied to local religious and political leaders, some of whom are influenced by Iran and others driven by Iraqi nationalism. The marja’iyya also continues to play an important role in bridging sectarian divisions at the societal level in an effort to overcome Sunni-Shiite Arab fractures.

The hyperfragmentation of the Iraqi state and society leads to fundamentally different challenges to stabilization than does a tripartite end-state. Competing groups are not only seeking greater self-rule, but are engaging with regional actors, namely Turkey, Iran and the Gulf states, to advance their political agendas and economic interests — while they also remain legally and financially dependent on Baghdad. These dynamics are reinforcing fragmentation, further hindering reconciliation and encouraging proxy conflicts and regional tensions.

Under these conditions, stabilization efforts should focus on strengthening state institutions and determining how the various component parts can live together. They should prioritize territorial federalism and decentralization, particularly by enhancing local institutions and the capabilities of provincial and regional administrations. This effort may also require creating new provinces and districts to reflect territorial and demographic shifts and the deep distrust that has emerged within communities. At a minimum, it will demand new revenue-sharing, development and security arrangements that empower local leaders in coordination with Baghdad, and which encourage the necessary deal-making across communities.