US President Donald Trump heaped scorn on ally Saudi Arabia, saying the operation that killed journalist Jamal Khashoggi was “very bad” and the cover-up in weeks afterward was the “worst … ever.” 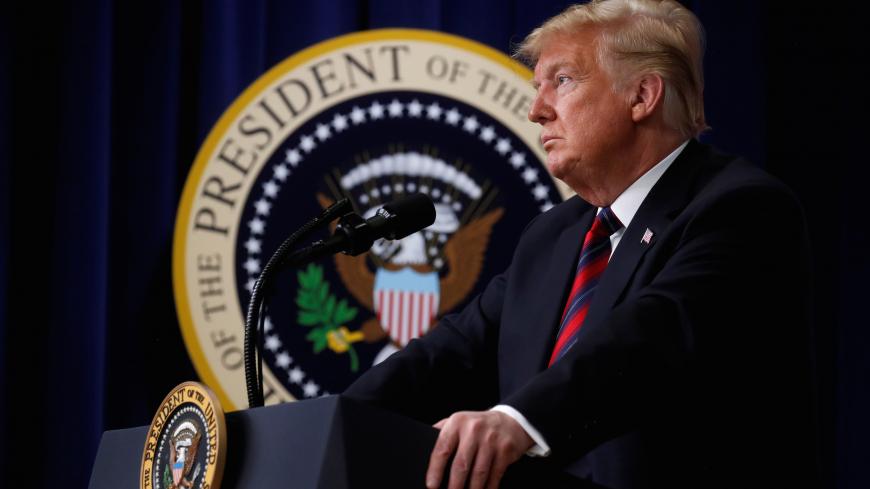 US President Donald Trump gives remarks during the White House State Leadership Day Conference for local officials of Alaska, Hawaii and California at the White House in Washington, US, Oct. 23, 2018. -

WASHINGTON — US President Donald Trump heaped scorn on ally Saudi Arabia today, calling the Oct. 2 plot that killed journalist Jamal Khashoggi in the Saudi Consulate in Istanbul “very bad” and attempts for weeks afterward to dissemble about it “the worst cover-up ever.”

“They had a very bad original concept, it was carried out poorly and the cover-up was the worst in the history of cover-ups,” an exasperated Trump told the White House press pool in the Oval Office today. “They had the worst cover-up ever.”

Trump’s considerably tougher tone on Riyadh came as US Secretary of State Mike Pompeo announced that as a first step, the United States would be revoking the visas of those Saudis it has identified as being part of the operation, and would explore the possibility of imposing Global Magnitsky Act sanctions.

“We have identified at least some of the individuals responsible” in Khashoggi’s killing, including from Saudi Arabia’s intelligence services, royal court and other government ministries, Pompeo told journalists at the State Department late this afternoon. The administration is moving to revoke their visas and put them on visa watch lists, while it continues to “seek all relevant facts.”

“These penalties will not be the last word,” Pompeo stressed. “Neither the president or I are happy with this situation.”

Twenty-one Saudi suspects in Khashoggi's death will have their visas revoked or be ineligible for a US visa, a State Department spokesperson later said.

Pompeo declined to say if he believed that Saudi Crown Prince Mohammed bin Salman was ultimately responsible for authorizing the plot to abduct or kill Khashoggi, who had written columns for the Washington Post critical of Salman’s war in Yemen and of intolerance for dissent and free expression at home.

Trump, who sent CIA Director Gina Haspel to Turkey this week to learn what evidence the Turks have uncovered, said he expected to have more information soon. But already, he seemed increasingly exasperated with Riyadh.

"We have people over in Saudi Arabia now. We have top intelligence people in Turkey, and we're going to see what we have,” Trump said. “I'll know a lot tomorrow.”

“I think I’ll know everything in a short period of time,” Trump said. “I want to see the facts first.”