Can Syrian refugees in Turkey benefit from amendment to citizenship law?

The Turkish decision to ease some requirements to apply for Turkish citizenship will not help a large number of Syrian refugees in Turkey as they cannot meet the conditions required. 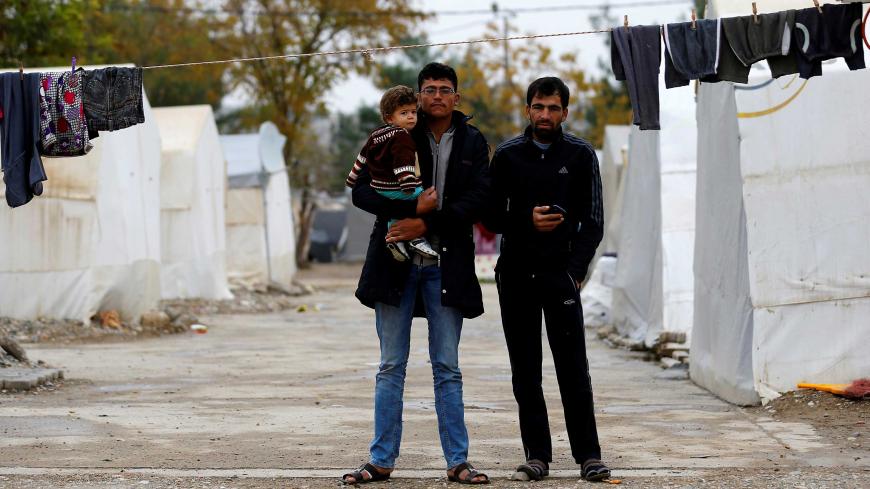 ALEPPO, Syria — The Turkish government issued Sept. 19 a decision to amend the eligibility requirements for foreigners applying for Turkish citizenship. The amendment includes several encouraging provisions for investors and expats to apply for citizenship.

The decision sparked wide controversy among Syrian refugees in Turkey, as some consider the requirements impossible to meet and believe they target businessmen and investors, who only constitute a small fraction of Syrian refugees residing in Turkey.

As per the amendment, foreigners can now acquire Turkish citizenship when they purchase real estate worth more than $250,000, as opposed to the minimum of $1 million set previously, provided that the property is not sold for three years.

Another amendment is the deposit of a certain amount in a bank operating in Turkey; the capital value to be invested has been reduced from $3 million to $500,000. In addition, the minimum fixed capital investment amount of $2 million has been reduced to $500,000 as a condition to obtain Turkish citizenship.

The requirement for an entrepreneur to provide employment to 100 people to acquire citizenship has been changed to providing employment to 50 people.

The amendment, which entered into force upon publication in the official gazette Sept. 19, states that any foreigner meeting the eligibility requirements can apply for Turkish citizenship.

Yehya Mayo, a Syrian refugee who has been living in Gaziantep, southern Turkey, for the last three years, told Al-Monitor, “Around 3 million Syrians live in Turkey, many of whom await an opportunity to acquire citizenship. However, not many Syrians will benefit from the recent amendments. Investors and company owners who have the money and can fulfill the requirements are the only ones who will benefit, be they Syrian refugees or foreigners from other nationalities residing in Turkey. But Syrian refugees who do not fit the requirements will not stand a chance.”

He added, “The amendment mainly aims at attracting capital to Turkey after the economic collapse in the past few months and the drop in the exchange rate of the Turkish lira against the US dollar and other currencies. I tried to acquire Turkish citizenship — before and after the amendment — but have failed. I have lived in Turkey for the last three years and I do not have investments, real estate or money in a Turkish bank.”

As most Syrian refugees are not well-off and will most likely not be eligible for Turkish citizenship as per the amendment, they can still apply through another decree — “extraordinary citizenship” — that grants nationality to prominent businessmen and individuals. During an iftar event in the Turkish city of Kilis on July 2, 2016, Turkish President Recep Tayyip Erdogan stated this would include Syrian refugees.

Erdogan said that his government would make an exception in granting Syrian academics and investors Turkish citizenship.

As per this decree, Turkey grants Syrian refugees citizenship based on certain criteria. Academics and holders of scientific degrees or those with professional expertise are eligible. But those who are illiterate or who do not hold a relevant degree cannot acquire Turkish citizenship. The individual has to live in Turkey for at least three years and have a work permit, he should not have committed any felony while in Turkey and should not be affiliated with any terrorist group. The Directorate General of Migration Management, affiliated with the Ministry of Interior, decides on who to grant citizenship to based on these requirements.

In August 2017, the directorate in the different Turkish governorates collected and studied data of Syrians living in Turkey and summoned teachers, higher education degree holders and those with a work permit to the General Directorate of Security in the area where they live. From the first cohort, 7,000 Syrian refugees received Turkish citizenship.

Yasser al-Ahmad, a Syrian refugee who has been living in Kilis since 2014, qualified for citizenship on April 1 after having gone through several stages first.

He told Al-Monitor, “I hold a bachelor’s degree in sociology from the University of Aleppo. In early 2017, I submitted a copy of my university degree to the Directorate General of Migration Management in Kilis. The department summoned me in August 2017 to tell me that I had been granted the 'extraordinary citizenship.' I finished the paperwork and was interviewed in the next few months. I was officially granted Turkish citizenship on April 1.”

There are no official statistics on the exact number of Syrians who have obtained Turkish citizenship, but of the roughly 3 million Syrian refugees in Turkey only few have obtained citizenship through privileges offered by the Turkish government. Those who have are investors and property owners, many of whom may not go back to Syria as they have established businesses in Turkey and built new lives there. Meanwhile, the bulk of Syrian refugees are waiting for a chance to obtain citizenship through "extraordinary citizenship."