How Erdogan is redefining who is a Turk 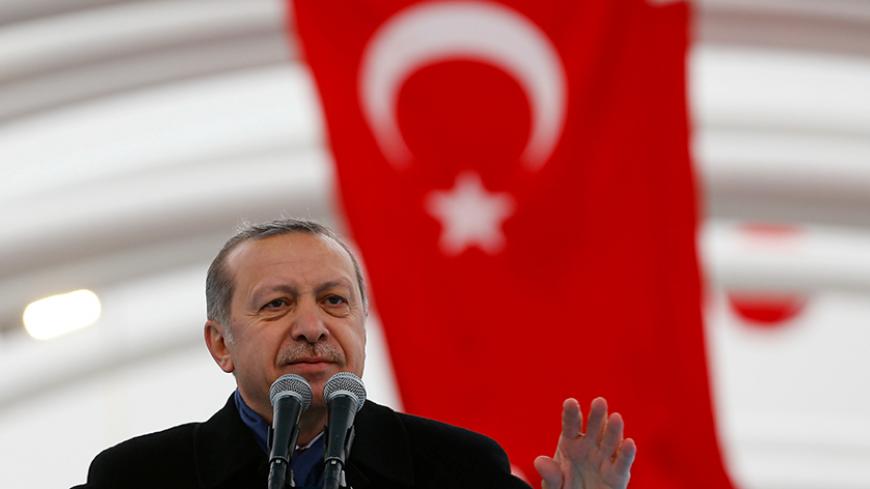 In the midst of a controversial constitutional amendment process and the possibility of another election or referendum approaching, Turkey is making drastic changes to its citizenship laws without any public debate or parliamentary oversight.

On Jan. 6, another round of legislative decrees was introduced with the sole approval of the president and his Cabinet. Decree No. 680 stipulates that individuals who are under investigation from one of eight different articles of the Turkish penal code could be stripped of their citizenship if they fail to return to Turkey in 90 days. Pro-Justice and Development Party (AKP) newspapers reported this news with jubilation, focusing exclusively on members of the Gulen organization.

However, the idea of stripping people of Turkish citizenship has been on Erdogan’s mind since before the attempted coup in July. For example, in April, Erdogan said, “We are determined to take all precautions including stripping the supporters of terror organizations from [Turkish] citizenship.” Finally, it is now the law in Turkey.

Indeed, this is the reincarnation of a decree from the 1980 coup era. In 2009, it was the AKP that had abolished it. Because of the 1980 law, 14,000 dissidents lost citizenship. Ironically, in 2011, Erdogan extended an invitation to all the victims of the 1980 decree, asking them to return home.

A prominent law professor, who asked to remain anonymous, told Al-Monitor, “Here the key issue is that this is only an investigation, and in Turkey under emergency law, hundreds of thousands of citizens are being investigated. This is enough to order someone to return to Turkey or lose citizenship rights. In addition, some of these penal codes are rather vague. One mentioned possible offenses against the state, and the other against the constitution. These can be interpreted quite broadly.” Anyone living abroad who is critical of the Erdogan administration has more reason to fear now.

Ayhan Bilgen, the spokesman for the Peoples’ Democratic Party and a member of the parliamentarian commission on human rights, told Al-Monitor, “To limit citizenship rights arbitrarily or use them as a tool to pressure or threaten individuals is a sign that a country is moving away from the rule of law. In Turkey, we are used to military coup administrations utilizing such methods. We must also caution that high numbers of academics and journalists are under threat with this law. If this is applied to individuals who are clearly not involved with the coup attempt, then we can conclude the purpose of the law is not to punish the putschists.”

Diren Cevahir Sen, an attorney and activist, explained to Al-Monitor that this law is an extension of the witch hunt. “If you are not an AKP supporter, then you could be labeled a terrorist. The government has turned the coup attempt into a pretext to silence all critics, particularly Kurds and socialists.”

Fatih Yasli, an academic and a prominent columnist for BirGun Daily, has authored several books on the AKP and right-wing movements, including nationalism and Islamism in Turkey. His book “AKP, [Gulen] Organization, and Sunni-Nation” elaborates in detail on the establishment of a new regime in Turkey. Yasli told Al-Monitor that given what has happened so far since the coup attempt, “the law of stripping one from citizenship could be used against anyone who is abroad.” It is a blanket legislation that could generate a high number of victims due to haphazard judicial proceedings.

On the day of the legislative degree to strip citizenship of Turks, Erdogan announced that the Interior Ministry has started the process of granting citizenship to Iraqi and Syrian refugees. He said, “There are highly qualified people among them; there are engineers, lawyers, doctors. Let's make use of that talent. … Instead of letting them work illegally here and there, let's give them the chance to work as citizens like the children of this nation.”

Indeed, Erdogan has been talking about this issue for months. However, public opinion in Turkey has been persistently negative on accepting Syrian and other refugees as permanent residents in the country. Every time Erdogan brings up the issue, hashtags that translate to “I do not want Syrians in my country” become a trending topic on social media. While Turks were happy to welcome Syrian civilians as guests initially, over the last six years with the increasing rate of crime, terror activities and unemployment, anti-Arab sentiment in Turkey rose. Who among these refugees will be eligible for citizenship and what kind of integration policies will be introduced are not yet clear. In the meantime, several social media users shared the new law with the headline “AKP markets Turkey” with photos of Arabic advertisements selling homes in Trabzon province on the Black Sea coast.

Yasli has observed the growing anti-Syrian sentiment among the working class as strong. He said, “As undocumented migrants work for lower pay, this generates resentment among the poorest in the society. Ultranationalism is gaining strength.” Both Yasli and Bilgen expressed their concerns about overwhelmingly Sunni Syrians being relocated in Kurdish and Alevi towns that have been destroyed by the recent conflict in southeastern Turkey. Bilgen highlighted that relocating Kurds coupled with the settlement and naturalization of Sunni Arabs is a way for the AKP to generate a new voter base in Kurdish areas.

Although Erdogan has been using the Syrian refugees as a bargaining chip with the European Union, the immediate effects of taking in the refugees are felt in Turkey. Particularly after the Reina attack, which showcased the possibility of foreign jihadi fighters settling in Turkey with their families, Turks are even more suspicious of foreigners. Plus, Turkish citizens fear that prompt naturalization of refugees who do not even have formal refugee status in Turkey would cause integration issues and make foreign travel with a Turkish passport all the more challenging. Erdogan’s decision in a way has dashed the last ounces of hope for visa-free travel to the EU for Turkish passport holders.

Sen wondered how much Turkish citizenship would help the refugees or contribute to the efforts of ending the civil war in Syria. She asked, “Should we not assume they would want to return home once the war is over?”

While the Turkish public was trying to figure all this out, on Jan. 12, the Official Gazette announced that foreigners who meet one of the following conditions will be able to acquire citizenship in Turkey: purchase property worth at least $1 million, invest $2 million or employ 100 people in Turkey. Alternatively, one could deposit $3 million in a bank in the country or purchase state bonds equaling that amount to acquire Turkish citizenship. This law generated the headline “Turkish citizenship for sale” in a few opposition news outlets, some of them representing ultranationalist groups. Another interesting fact is there are several European countries, such as Malta, Spain and Portugal, where one could acquire citizenship for much less money than Turkey. However, these countries have a quota for investment citizenship opportunities. Most of them have not been able to meet the quota. So who would spend more for a Turkish citizenship rather than an EU passport through this process? One cannot help but wonder if it will be preferred by those engaged in large-scale money laundering and other possible illicit crime networks since Turkish laws no longer question those entering the country with suitcases full of cash.

In less than a week’s time, the Turkish government has announced crucial laws that redefine Turkish citizenship. These regulations established during the extended state of emergency, without any say from the Turkish parliament, will have long-lasting effects on identity politics of the country and have economic and cultural consequences.