To attract much-needed foreign currency to the country, Ankara is offering Turkish citizenship to wealthy foreigners, but given Turkey’s gloomy economic and political outlook, the plan may lead to disappointment. 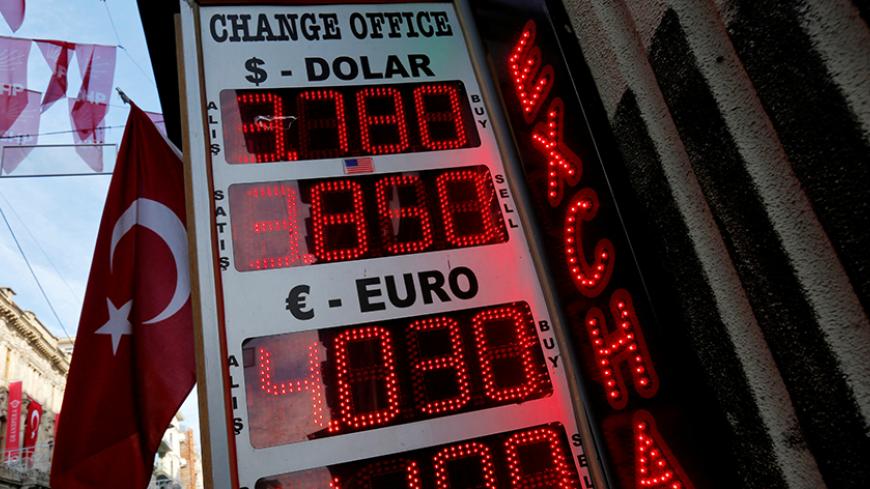 ANKARA, Turkey — On Jan. 12, Turkey’s official gazette published a government decree on granting citizenship to foreigners who bring in large sums of foreign currency, a plan that Ankara had long been considering.

The decree, which amends rules on the implementation of the Turkish Citizenship Law, puts a price tag of at least $1 million on citizenship. Approved also by President Recep Tayyip Erdogan, the amendment describes the eligible foreign nationals as follows:

The timing of the long-discussed amendment has to do with the foreign exchange crunch that Turkey is currently grappling with. Still, other aspects of the timing cast doubt on how effective the measure can be.

Above all, Turkey today is under the strain of mounting domestic and external tensions, marked by a wave of terrorist attacks in big cities that have fueled the people’s safety concerns. Also, Turkey’s international image has taken a severe blow amid government practices eroding democracy and Erdogan’s drive for an authoritarian presidential regime. While the country is drifting away from the European Union and the West in general, it feels the heat of wars in neighboring Syria and Iraq, and on its own territory, the Kurdish conflict continues to claim lives.

This outlook already led to a serious decline in the flow of tourists last year, and this year’s prospects do not look promising either.

Given this state of affairs, many now question how attracted foreigners will be to putting large sums of money in Turkey in return for citizenship.

Moreover, many of Turkey’s own citizens have been looking for ways to emigrate to more democratic countries since the failed coup attempt in July 2016. In the ferocious crackdown that followed the putsch, tens of thousands of Turks have landed behind bars or faced expulsion from public service, including hundreds of academics.

The German Interior Ministry, for instance, has reported a significant increase in the number of Turkish nationals, mostly Kurds, seeking asylum in Germany. While the monthly number of applications stood at 109 in January 2016, it shot up to 702 in November, with the 11-month total reaching 5,166. Most recently, 89 Turks, including diplomats and military officers, were reported to have sought asylum in Norway.

Under the ongoing state of emergency, the Turkish government issued a legislative decree Jan. 6, which stipulates that Turkish nationals abroad who are wanted on arrest warrants but fail to return home within three months after being officially summoned will be stripped of their citizenship. This means that many Turkish journalists, academics, diplomats, military officers and businesspeople who have sought to escape the post-putsch crackdown are now left with two options only: Either return home and go behind bars or brave the risk of becoming stateless.

Ankara, meanwhile, has been considering granting citizenship to Syrian refugees as well. The plan, first floated before the putsch last year, was put on the back burner after harsh public reactions. On Jan. 6, however, Erdogan brought up the issue again, saying that the Interior Ministry was working on a plan to naturalize skilled Syrian and Iraqi refugees such as engineers and doctors.

The investment-for-citizenship plan has been welcomed enthusiastically in Turkey’s construction sector, where many companies are hoping to sell homes to foreigners. Nazmi Durbakayim, the head of the Istanbul Builders Association, estimates that the citizenship incentive will boost home sales to foreigners by about 20% this year, meaning at least 20,000 sales.

Ali Agaoglu, the president of a leading luxury housing company, announced plans to launch an extensive campaign abroad to promote the citizenship incentive. Stressing that Turkey had sheltered millions of refugees, he said, “Now, let those with the deep pockets come.”

Others, however, are more cautious. According to Omer Faruk Celik, the head of the Housing Developers and Investors Association, the bulk of homes foreigners buy in Turkey are worth between $100,000 and $300,000, while properties worth $1 million or more make up only 2%-3% of the sales. Celik believes that granting residency permits to those purchasing homes of between $100,000 and $300,000 will be more effective in stimulating the market.

Iraqis, Afghans and Saudis are among the top foreign home buyers in Turkey today. Russians have dropped down on the list in the wake of the plane-shooting crisis between Ankara and Moscow in November 2015. The interest of Iraqis and Afghans seems understandable, given the climates of war and chaos in their countries.

Home purchases aside, the investment conditions Ankara seeks for citizenship are rather tough. According to data compiled by Turkey’s leading financial paper Dunya, citizenship and residency permit conditions in countries such as the United States, Canada, Ireland, Portugal and Malta are relatively easier and cheaper. Plus a Turkish passport does not come with added advantages such as visa-free travel to EU countries and the United States.

And in Turkey’s current economic downturn, when the country’s own businesspeople are shying away from investing, the prospect of foreigners bringing in millions of dollars in return for Turkish citizenship seems even bleaker.