Disappointed by the impact of a citizenship incentive offered to foreign homebuyers last year, Ankara is expected to lower the bar from $1 million to $300,000. 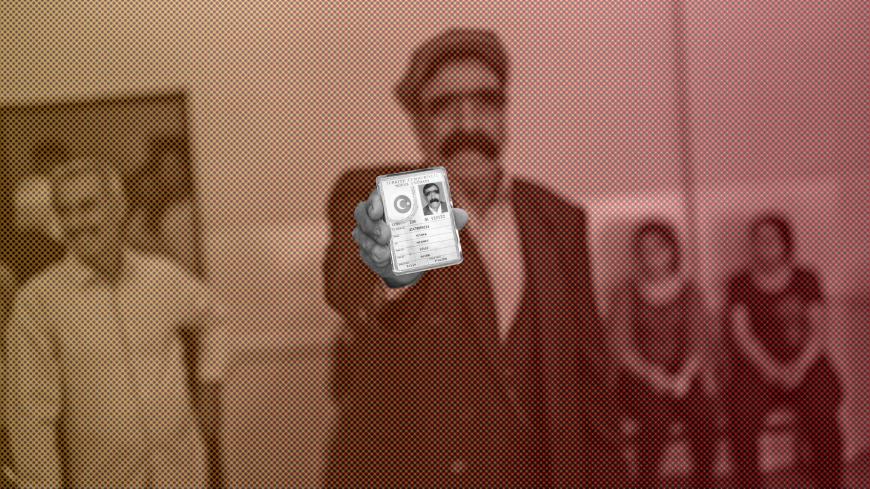 A man shows his Turkish identity card as he arrives to vote at a polling station in Diyarbakir, Turkey, June 7, 2015. A government plan offering Turkish citizenship in exchange for the purchase of expensive homes in Turkey has not brought the desired results. - BULENT KILIC/AFP/Getty Images

To overcome financial strains and attract more foreign exchange, Ankara last year offered citizenship to foreigners who put money into Turkey. The measure, however, has failed to produce the desired results, prompting plans to lower the bar and “cheapen” citizenship.

In the run-up to the April 16, 2017, referendum, which narrowly approved constitutional changes concentrating power in the hands of the president, the government had enacted a series of measures to revitalize the shrinking economy and safely weather the plebiscite, including tax cuts and the encouragement of cheap loans. Led by public banks, the banking sector issued Treasury-guaranteed loans worth billions of Turkish liras, called “lifeline loans.”

The citizenship incentive for foreign realty buyers took effect on Jan. 12, 2017, aiming to prop up the construction and housing sector — the driving force of the Turkish economy under the Justice and Development Party (AKP) — and increase the inflow of hard currency. Accordingly, foreigners who buy properties worth at least $1 million and keep them for at least three years are entitled to Turkish citizenship. In a separate move, the government scrapped title deed fees and reduced the value added tax on real property sales until September 2017.

Though many believed that the $1 million bar was too high, the overall targets of stimulating the economy and encouraging the inflow of hard currency and job creation were welcomed.

In 2012, the AKP government had passed legal amendments abolishing the reciprocity principle in real estate sales, enabling foreigners to buy properties in Turkey regardless of what rules their own countries applied to Turkish nationals. For many years, Europeans, especially Germans and Britons, have stood out among foreign buyers on Turkey’s real estate market, purchasing mostly homes in seaside resorts on the Aegean and Mediterranean coasts. In the 2000s, Russians also climbed up the list.

In recent years, however, buyers from war-ravaged regional countries such as neighboring Iraq and Syria as well as Afghanistan have become increasingly prominent in the housing market. Buyers from wealthy Gulf nations such as Kuwait, Saudi Arabia and the United Arab Emirates are also on the rise.

According to figures from the Turkish Statistical Institute (TUIK), foreigners bought more than 22,000 homes in Turkey in 2017, with Iraqis and Saudis topping the list. The latest TUIK data, released March 21, show that Iraqis remain on top of the list, buying 308 homes in February.

In the past several months, meanwhile, overall home sales in Turkey have been on the decline. TUIK data speak of a slowdown especially in the sale of newly built homes and a serious decline in mortgaged sales, the result of rising interest rates on loans.

In addition, the citizenship incentive appears to have failed to lure the hard currency amounts that Ankara expected. According to Central Bank data, the amount of foreign exchange that entered Turkey via realty purchases stood at $4.64 billion in January, an increase of only $750 million from $3.89 billion in January 2017, when the citizenship incentive took effect amid expectations that it would bring in at least $10 billion in foreign exchange.

The disappointing outcome has led the government to consider lowering the $1 million bar as part of other measures designed to boost foreign realty purchases. The planned amendments, part of an omnibus bill expected to be submitted to parliament in May, expand the citizenship entitlement to properties that are worth at least $300,000, along with other proposals to simplify red tape on title deeds and licenses.

In a March 25 report about the legislative preparations, the pro-government daily Sabah highlighted the construction sector’s support for the measure.

Feyzullah Yetgin, the head of the Association of Real Estate and Real Estate Investment Companies (GYODER), expects the new $300,000 threshold to be legalized in May. “The move would help significantly both the Turkish economy and the real estate sector,” he said. “Homes worth $1 million and more account for only 2-3% of the market. Our surveys indicate foreigners opt [mostly] for homes in the range of $100,000-$300,000.”

Yetgin estimates that realty sales to foreigners could reach up to $8 billion this year, helped also by the depreciation of the Turkish lira, which has increased the purchasing power of foreigners in Turkey.

Ziya Yilmaz, the CEO of DAP Holding, a heavyweight in the housing sector, is also optimistic that the planned amendment would boost foreign interest, stressing that Turkey has a potential to bring foreign purchases up to $15 billion per year.

According to GYODER figures, Iraqis made the largest number of home purchases — 4,341 — last year, followed by Saudis with 2,351, Kuwaitis with 1,771, Russians with 1,686, Germans with 1,627, Afghans with 1,620 and Britons with 1,465. Nationals of other countries bought 9,824 more homes. The statistics, however, do not indicate how many of those homes were worth $1 million or more to make their buyers eligible for Turkish citizenship.

Turkey faces a critical election cycle in 2019, with speculation abuzz that the AKP could bring the polls forward. Turkey posted a flashy 7.4% growth rate in 2017, but the revival was driven largely by government incentives that stimulated domestic consumption. And because of the dramatic slump of the Turkish lira, the worth of gross domestic product actually decreased in terms of dollars. Scrambling to contain growing economic woes, the government has been enacting various measures and incentives to encourage both domestic and foreign investment.

Most recently, Prime Minister Binali Yildirim announced a fresh loan support plan for small and medium-sized enterprises. Under the plan, the Treasury and the Credit Guarantee Fund will support and provide guarantees for loans totaling 7.5 billion liras (roughly $2 billion), to be issued by public banks to thousands of businesses on very favorable terms.

Sustaining economic growth ahead of the elections is vital for the government, as President Recep Tayyip Erdogan eyes re-election in critical presidential polls that will mark the formal transition to the new governance system, approved in the referendum last year. The plan to broaden the citizenship incentive for foreign homebuyers is part of those efforts, aiming to make up for the decline in domestic demand by expanding demand from foreign clientele.