The demand on Turkey’s housing market, stoked by a rush to protect savings from soaring inflation, is likely to increase despite skyrocketing prices unless inflation shows signs of easing. 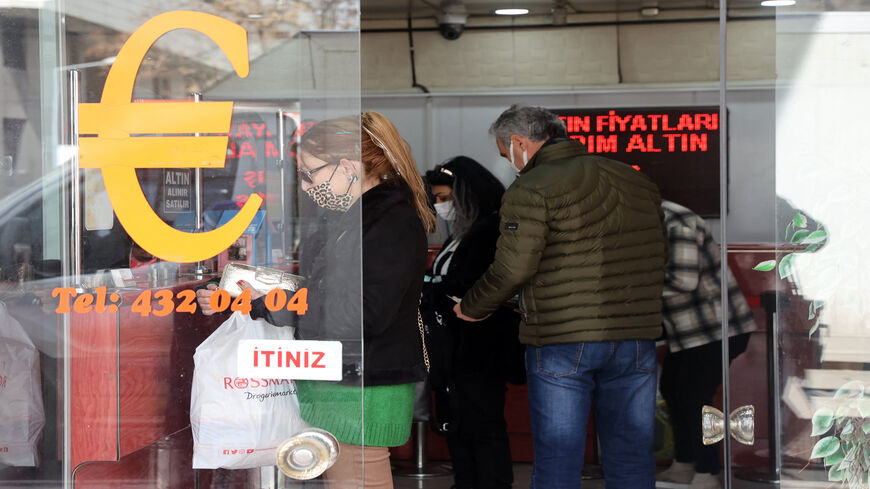 Home prices in Turkey have seen a staggering uptick, fueled by a combination of factors, including a rush for real estate among the well-to-do to protect their savings from inflation, which has hit an annual rate of nearly 50%.

The demand on the housing market has defied steep price increases, running 10 percentage points above the inflation rate, pushing the prices even higher. The supply, meanwhile, has shrunk amid a slowdown in new investments — the result of whopping cost increases in the construction sector.

Heeding pressure from President Recep Tayyip Erdogan, Turkey’s Central Bank cut its policy rate by 500 basis points in the last four months of 2021 despite surging inflation and at the expense of fueling the slump of the Turkish lira. The cuts brought the bank’s policy rate to 14% in December as annual consumer inflation climbed to 36% and producer inflation hit nearly 80% at the year-end.

The controversial policy stoked a flight to hard currency and gold as real yields on the lira plunged deeply into negative territory. Indeed, those who put their money in hard currency and gold were able to not only offset the impact of inflation but also make real profits on an annual basis. According to January data by the Turkish Statistical Institute (TUIK), the US dollar yielded the highest real profit of 23% over a year, followed by gold (ingot) with 19.7% and the euro with 14.5%, while those who counted on deposit interests (gross) and government bonds made losses of 22.75% and 32.7%, respectively, in real terms.

It is to this backdrop that many have turned to purchasing real estate to shield their savings against inflation. Home sales had already risen in 2020 and lost little momentum last year even as prices rose about 60%.

The nearly 60% increase in 2021 outstripped the inflation rate by 24 percentage points, meaning that those who invested in homes profited at least as much as those who counted on the US dollar. And while government interventions have sought to prop up the lira and thus curb the price of the dollar since December, nothing has been able to rein in home prices. Bulkier savings have increasingly flowed to the housing sector, stoking the prices. The demand is expected to only increase unless the inflation shows signs of easing.

Another major factor pushing home prices up is the slowdown in the country’s construction sector, which had boomed until several years ago and became a hallmark of Erdogan’s nearly two-decade rule. Construction costs, including inputs and labor, shot up by 68% in 2021 after rising 25% in 2020 and 10% in 2019, TUIK data show. In terms of construction materials alone, prices spiked 85% last year, not to mention the sky-high prices of land in big cities. All those factors augur a protracted slowdown in dwelling production and a continued uptick in home prices.

The skyrocketing prices seem to have deterred loan demand as few are willing to assume chunky debts amid the economic uncertainty gripping the country. In 2020, home loans had increased 37% and mortgaged sales represented 38% of all apartment sales. Last year, home loans increased only 8% to 273 billion liras, with mortgaged sales accounting for less than 20% of all apartment sales, even though the interest rate increases remained relatively low.

The home prices have fueled rent prices as well, especially in big cities, where migration adds to the rental demand. The increase in rent prices has well outstripped the inflation rate, particularly for new renters.

The average residential rent price per square meter in Turkey increased 68.7% in December from a year ago, according to a study based on listings by the Center for Economic and Social Research at Istanbul’s Bahcesehir University. The rate reached 84.6% in Istanbul, bringing the average monthly rent of a 100-square-meter (1,076 square feet) apartment to 4,000 liras ($281), a sum just short of the minimum wage of 4,250 liras ($298), which is the monthly pay of nearly half of Turkey’s wage earners. The annual increase per square meter was 62.2% in Ankara and 56% in Izmir. The rents increased in real terms as well, not only in the three largest cities but nationwide, providing a major incentive for investment in homes.

Another closely watched parameter is the real estate purchases of foreigners, which Ankara has sought to promote by granting Turkish citizenship to those who buy properties worth at least $250,000 and keep them for at least three years. Such foreign purchases accounted for 4.7% of all home sales in 2021, numbering about 4,000 apartments. Real estate sales to foreigners, including homes and other properties, were worth some $4 billion, according to Central Bank data. The foreign buyers, mostly from Middle Eastern countries and Russia, have contributed to the demand, albeit to a small extent, attracted both by the citizenship incentive and the depreciation of the lira, which has made purchases cheaper for those buying with hard currency.