Buying a home has become an elusive dream even for middle-class professionals in Turkey as the country’s economic woes erupt into a perfect storm over the housing market. 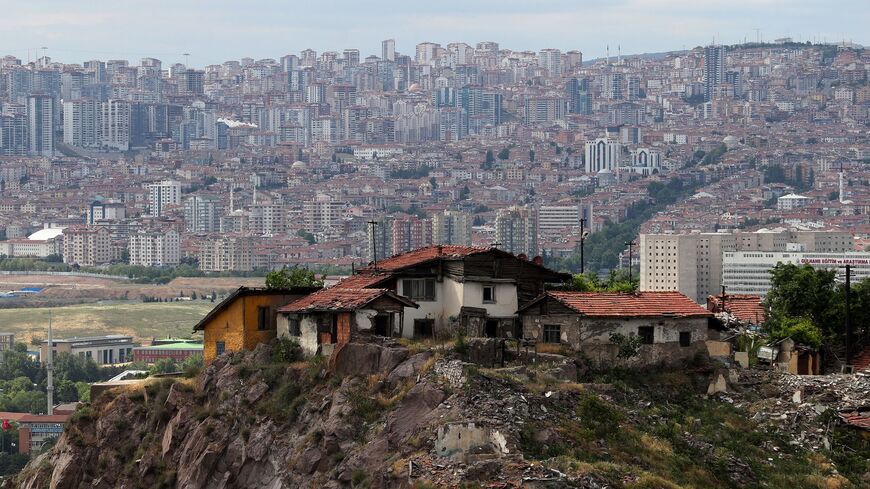 A photo taken from Hidirliktepe in Ankara on May 25, 2020, shows shows run-down houses in a slum in Altindag district (front) and high-rise modern buildings in Kecioeren district. - ADEM ALTAN/AFP via Getty Images 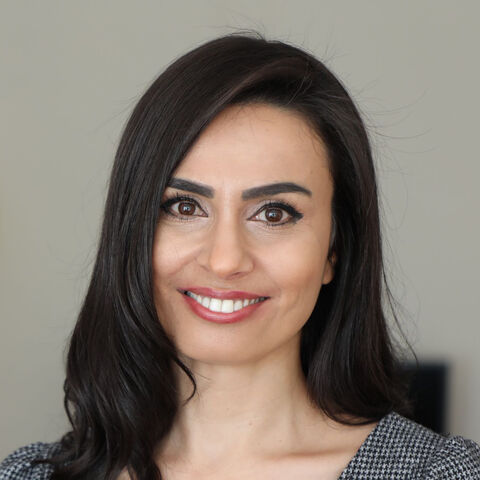 A home loan facility by the government has caused little excitement in Turkey as skyrocketing real estate prices and melting purchasing power make home ownership a distant dream even for middle-class professionals.

The relatively cheap loans, announced by President Recep Tayyip Erdogan May 9, came amid unprecedented turmoil in the housing market. Home prices have doubled over a year, outpacing the overall consumer inflation, which hit 70% in April, stoked mainly by the severe depreciation of the Turkish lira since last year.

Alper Ozkok, a physician and faculty member at a university hospital in Ankara, is among millions who feel priced out of suitable homes even after the loan facility. “As a doctor of 12 years, I’m now unable to buy a home in Ankara,” he told Al-Monitor.

Ozkok and his wife, also a health care worker, thought of purchasing an apartment when their landlord asked them to move out before the loan package was introduced. “We reasoned that we’d rather buy a home than pay 5,000 liras [$313] for rent,” the 35-year-old said, noting that he and his wife bring in 25,000 liras ($1,570) a month together.

“We had been watching prices rise by the day, and with the announcement of the package, the prices of homes eligible for loans rose even further,” Ozkok said, referring to the immediate jump in listing prices after Erdogan’s announcement. “Apartment prices start at about 2.5 million liras [$156,500] in and around the neighborhood where we currently live. A loan of 2 million liras would mean monthly payments of over 28,000 liras. That’s more than what we earn.”

Home prices in Turkey were up by 96.4% from a year ago in February, Central Bank data shows, with the rate topping 102% in new construction homes. In Istanbul, the country’s most populous city and the most expensive in terms of housing, home prices rose 104% in the same period, hitting more than 13,800 liras ($864) per square meter. The price surge has been stoked by a supply shortage due to soaring building costs that have stalled housing investments, coupled with a robust demand driven by well-off buyers investing in real estate to shield their savings from inflation and the tumbling lira.

Similarly, rent prices were up by 84.2% from a year ago in February, according to data from a respected think tank, based on listings. The increase exceeded 100% in Istanbul, Ankara and the third-largest city Izmir. In Istanbul, the average rent of a three-bedroom apartment reached 5,000 liras, outstripping the minimum wage of 4,250 liras, the monthly pay of nearly half of the country’s wage-earners.

The online calculation tool of the public Ziraat Bank puts monthly payments at 28,600 liras for a 10-year, 2-million-lira loan in the first category and at 14,250 liras for a loan of 1 million. Such sums are prohibitive for most social strata in Turkey, where the minimum wage of 4,250 liras or slightly higher salaries have become the prevalent pay in the private sector, while the salaries of public servants average less than 7,000 liras.

Derya Kurt, a lawyer in Istanbul, said she and her husband, who also works in the private sector, had been saving for a home and got excited when the loan facility was announced. “But our joy was short-lived. We lack the income to make use of the package,” she said.

The economic crisis has deterred people from hiring lawyers, directly affecting her income, Kurt complained, adding that she and her husband made some 30,000 liras a month at best. A suitable apartment in their district of Kucukcekmece, about 30 kilometers (17 miles) from Istanbul’s city center, would cost at least 1.75 million liras, she said. “And the monthly loan repayment amounts to our entire income. As two working university graduates, we are unable to buy a home today — we can only dream of it,” she added.

The housing turmoil is not exclusive to big urban centers. Meryem, a 44-year-old academic who wished to be identified only by her first name, lives in Mardin, a city in southeastern Turkey not far from the Syrian border. For the past two years, she and her husband, also an academic, have been awaiting an opportune moment to buy a home, but to no avail.

“An apartment suitable for us and our child costs 1.5 million to 2 million liras in Mardin,” Meryem said, adding that the government’s loan scheme was beyond her family’s means. “We have a child who will go to high school next year. And because of the inflation, the money we spend on food alone has doubled. Should we take a 1.5-million-lira loan today, we’ll have only 4,000 liras left for the month after the loan payment,” she said.

Tarik Sengul, a senior scholar of urban policy at Ankara’s Middle East Technical University, said middle-class professionals such as doctors, engineers and bankers used to be able to buy high-quality homes with loans, but profound shifts in the markets have changed everything. “Though this mechanism remains functional to a certain extent, we are now living in a world where asset markets in general and real estate markets in particular are growing self-referential — that is, creating their own reality,” Sengul told Al-Monitor. “And incomes generated on the labor market from jobs and professions defining the middle class are no longer enough to join the game.”

According to the scholar, middle-class people are now exploring “how to become actors” in the real estate and other asset markets, often by venturing into risky realms. “Those who have turned to Bitcoin and similar speculative investments in recent times are taking big risks. In this context, the home that one wants to buy to feel at peace has in itself become a source of distress,” he said.