Eager to lure foreign exchange, Ankara has slashed the financial criteria for foreigners to become Turkish citizens. But the increase in property sales to foreigners is already a worrying omen to many. 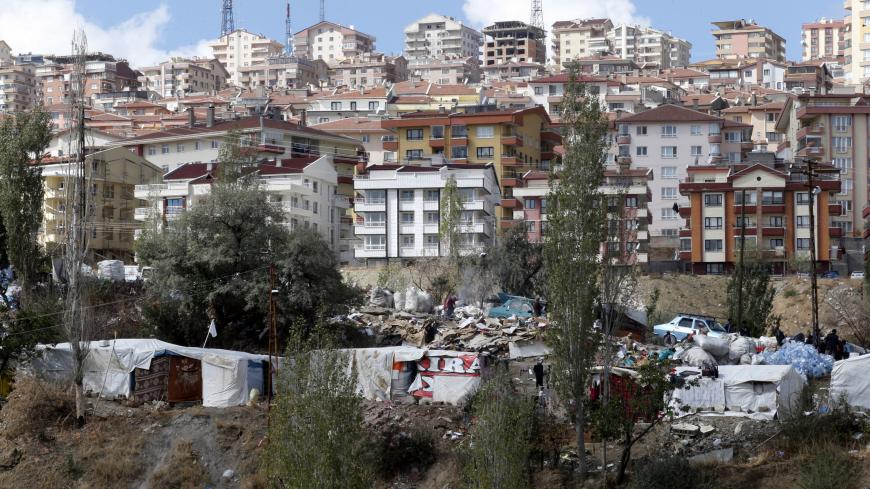 Scrambling to lure external funds to ease its currency woes, Ankara has sharply lowered the criteria for foreigners who win the right to Turkish citizenship by purchasing real estate in the country. According to a Sept. 18 presidential decree, the $1 million threshold for such purchases was lowered to $250,000.

The 75% “discount” came atop the dramatic slump of the Turkish lira, which has lost nearly 40% of its value this year. This means a double advantage for foreign property buyers who wish to obtain Turkish citizenship. Ankara’s move aims to increase the flow of foreign exchange into Turkey and prop up the housing sector, which is sagging after an unprecedented boom.

Government figures show that property sales to foreigners have become a significant source of foreign exchange since 2012, when Turkey amended laws to facilitate foreign buyers. In the six years from 2012 to 2017, foreign realty buys amounted to nearly $22.7 billion. Yet the increasing share of properties in foreign direct investments suggests that foreign interest in productive investments is on the decline. In 2017, property purchases by foreigners hit a record high of $4.6 billion, accounting for 42% of the $10.8 billion foreign investments.

A new record is expected this year, given the significantly cheapened lira and the added citizenship bonus. In the January-August period, home sales to foreigners increased 42.6% from the same period in 2017, according to official figures compiled by the state-run Anatolia news agency. Foreigners bought 18,540 homes in the first eight months, up from 13,005 in the same period last year. A 130% increase in August alone indicates that foreigners took advantage of the slump of the Turkish lira, which sank to record lows that month as simmering tensions with Washington led to unprecedented US sanctions against Turkey.

In sharp contrast, the domestic market was hit by shrinking demand as the purchasing power of Turks weakened, with home sales falling 15.1% in August.

Topping the list of foreign realty buyers are nationals of Middle Eastern countries, as turmoil in the region seems to drive the well-off to the relative stability of Turkey. As a result of the expanded citizenship incentive, the number of Turkish citizens of Arab and Iranian origin appears bound to increase further in the coming period.

Iraqis were the top foreign buyers in the first eight months of the year, purchasing 3,515 homes in Turkey. They were followed by Iranians with 1,659 homes, which confirms an increasing Iranian interest in Turkey, reflected also in the tourism sector and the growing number of companies that Iranians set up in Turkey. Saudis were third with 1,573 home purchases, followed by Russians with 1,180 and Kuwaitis with 1,048. The top three remained the same in the buying spree in August, but Kuwaitis came in fourth, leaving the Russians behind in fifth place.

And what about Qataris? The wealthy emirate’s ties with Turkey have flourished to the point that last month it gave the Turkish president an extraordinary gift — a luxury VIP plane — on top of a promise to invest $15 billion in Turkey to ease the country’s currency woes.

The Qataris may be less visible in terms of the number of purchases, but they might soon come into the spotlight in terms of the value of what they buy. According to Turkish media reports, Qataris are showing the most interest in 60 seafront villas on sale on the shores of the Bosporus in Istanbul, which are Turkey’s most picturesque and most expensive residential areas. The prices of the villas are reported to range from $4.5 million to $95 million.

The inflow of foreign exchange may be good news for Ankara, but not all Turks are happy with the increase in property sales to foreigners, especially those from the Middle East. Experts are already warning of dramatic demographic changes for Turkey in the coming years, fueled by the presence of more than 3 million Syrian refugees and the influx of illegal migrants from other regional countries.

Masum Turker, a former state minister for the economy, worries that property sales to foreigners could contribute to security risks in the future. “The increase in real estate sales to foreigners will add to social and political problems in Turkey,” Turker told Al-Monitor. “You may obtain one-off revenues by selling real estate, but your buildings and land are going away. If you fail to prevent nationals of a given country from buying [intensively] in a given area, ghettos will be forming in time, just as in the case of the Syrians at present.” He went even further, suggesting that “the loss of land through real estate sales is reminiscent of Israeli purchases of Palestinian land.”

The ghettoization prospect is already tangible, with impoverished Syrian refugees forming distinct communities — especially in city outskirts. This, of course, obstructs integration amid frequent reports of tensions and even deadly clashes between Syrians and Turks.

Mustafa Kocanci, who heads a migration studies center at Turkey’s Akdeniz University, says that Syrian neighborhoods have already formed in big cities such as Istanbul, Ankara, Adana, Izmir, Bursa, Mersin and Gaziantep. Raising the specter of social cohesion problems, he warns, “If those people stay [in Turkey], they will seek to sustain their way of life in Syria here. They will continue to speak their language, and one day they will move to create their educational institutions. There will be problems in business life as well. Family relations are another important problem. Polygamy, for instance, is seen as something ordinary in their society, but under the laws of the Republic of Turkey, it is not possible.”

Unlike the poor “ghettos” of the Syrian refugees, the boom in property buys by Arabs and Iranians might spawn “well-to-do ghettos” in Turkey — especially in Istanbul.