Iraq's Islamic Dawa Party has been doing some soul-searching since losing the premiership for the first time in 14 years. 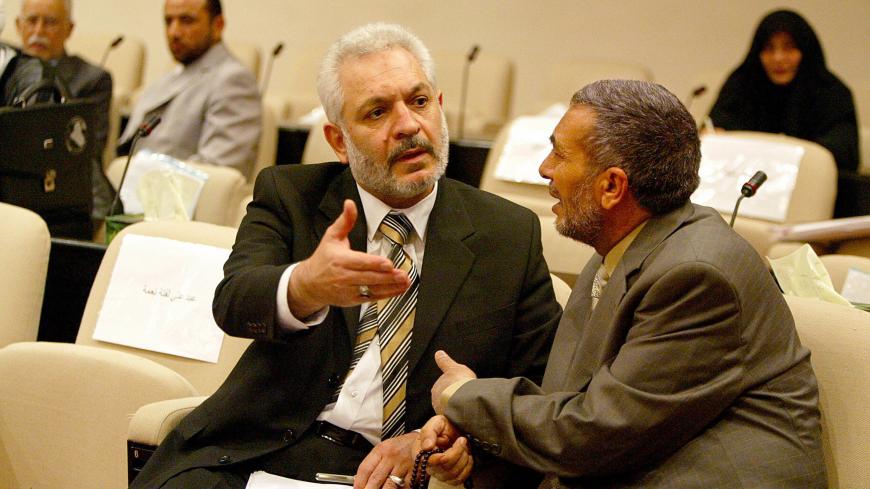 BAGHDAD — For the first time since 2005, the Islamic Dawa Party finds itself far removed from the head of Iraq’s federal government. The number of seats it holds in the new parliament dropped dramatically from those won in the previous elections in 2014, which saw a major split in the party.

Ibrahim al-Jafari, Dawa's former secretary-general, held the post of interim prime minister from 2005 until 2006, before his successor and the party’s current leader, Nouri al-Maliki, took the role from 2006 to 2014. In August 2014, Haider al-Abadi took over.

It could be argued that the biggest reason behind the party's loss of the premiership to the compromise candidate, Adel Abdul Mahdi, was its division into two lists — the Victory list headed by outgoing Abadi and Maliki's State of Law list. The Electoral Commission does not permit one party to run on two electoral lists.

Dawa leader Hassan al-Sunaid told Al-Monitor, “There are calls by the leaders of the Islamic Dawa Party to hold an urgent conference, with the aim of unifying internal ranks and electing a new secretariat for the party.” A date has not been set.

Sunaid stated, “[The party] will be an active participant in Abdul Mahdi’s government, with ministers, ministerial aides and ambassadors. It will not show a preference for the opposition and will support Abdul Mahdi in his new mission.” He went on, “Dawa granted Abdul Mahdi freedom to choose individuals for ministerial portfolios and did not interfere by imposing the names of any of its members for executive positions.”

Observers of Dawa’s parliamentary loss point to the government’s failure to manage the country and take responsibility for its current security, economic and political conditions. However, Dawa leaders argue that the party was not running Iraq alone, but was part of a larger coalition. Dawa member Jasim Mohammed Jaafar told Al-Monitor, “[The party] had no ministers in recent years. It was only at the head of government, so did not incur any internal damage after leaving the presidency. As is normal in the political process, it will continue to participate in the new government.”

He explained, “The Islamic Dawa Party, like any other party, will conduct a strategic review in the light of recent developments, especially following the entry of its members on two electoral lists, with the aim of securing unity within parliament. Unity between the blocs of Maliki and Abadi, if it can be achieved early on, will change the status of the party in negotiations to form government.”

At its last leadership meeting, held Sept. 22, the party failed to merge the two blocs or to broker an agreement on a single candidate for prime minister. A number of party members, including the senior leader Abdul Halim Zuhairi, blamed both Maliki and Abadi for bearing responsibility for the party's “weakness.” Most significantly, their joint statement read, “[Maliki] went out on a Fatah coalition and [Abadi] walked along behind the Sairoon. Now we go to our brothers a second time for the sake of rapprochement and harmony, having given up their alliance. But we find only deaf ears, especially from brother Abadi. This has brought us to where we are now, with the adversaries of politics [Fatah and Sairoon] agreeing over the shreds of Dawa.”

Abadi responded with a statement of his own, noting, “I am surprised by the unfortunate statement from the three brothers [Abdul Halim Zuhairi, Sadik al-Rikabi and Tareq Najm] that distorts the facts and raises more than one question as to whether its timing and publication were an organized campaign to divide us and parcel out the remains of Dawa.”

A new split could now take place, all the more likely if the outgoing prime minister enters a reformed parliamentary coalition whose policies and slogans diverge far from the coalition built by Maliki, as he is unlikely to play a subordinate role under Malki’s leadership again.

Yet as an institution, the party will remain influential and active within and outside the government, despite losing some of its key seats. It has numerous directors and officials in the government as well as in independent institutions, departments and local administrations. Many Iraqis even see it is holding power in Iraq’s so-called “deep state.”

The question remains: How will the popularity of Dawa, an elitist and not a populist party that did not have a large public support base before 2005, will be effected after it leaves the seat of power?