The destruction of important marshlands and other natural reserves in wildfires in Iran may be caused by humans as well as nature. 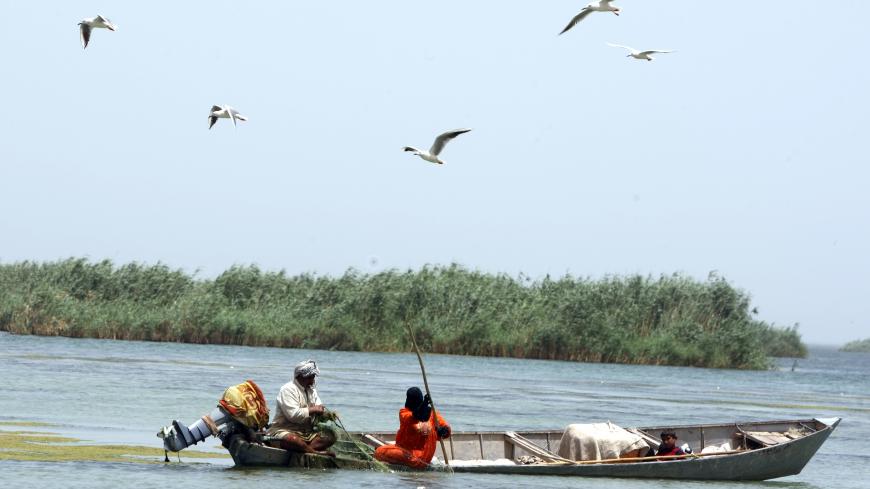 An Iraqi fisherman pulls in his nets on the Hawizeh Marshes, near Amara, Iraq, June 13, 2011. - AHMAD AL-RUBAYE/AFP/Getty Images 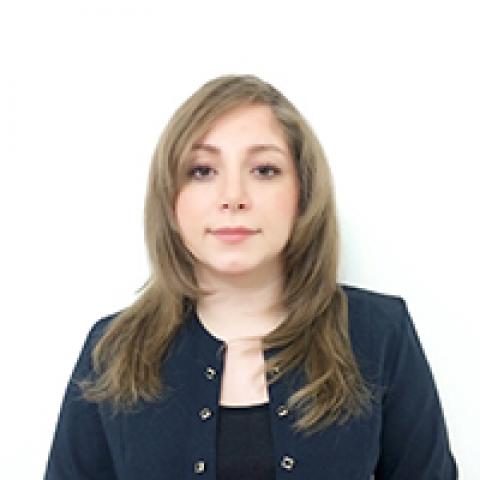 AHVAZ, Iran — A mother covers her daughter’s mouth and nose with her headscarf as they rush through the heavy smog that blankets a crowded street. She stops to cough, but then continues to walk while covering her own mouth with her free hand. Maryam and her daughter Mina are not the only ones struggling with the air in this southwestern Iranian city. For over two months, Ahvaz and its people have been choked by fires engulfing the Hawizeh Marshes that straddle the border with Iraq. Nearly two-thirds of the marshes are located in Iraq, with the rest not far from Ahvaz.

In mid-August, the governor of the town of Hawizeh, west of Ahvaz, said fumes and the smoke from flames originating on the Iraqi side of the marshes have sent over 250 people to the hospital. Things are not looking any better on the Iranian side of the border.

Dr. Shiva Akbari Fazli, who works in a hospital in Ahvaz, told Al-Monitor that her ward has received dozens of patients suffering from respiratory problems in past weeks. “Many of the patients who come to our hospital are not aware of the conditions that they have," she said. "They are mostly people with allergies or asthma problems that had gone undiagnosed so far. Now with the smoke in the air, we see several cases of asthma attacks or skin problems like eczema. Even people without health conditions could get coughs or teary eyes, but the conditions could get critical when a patient has allergies or is asthmatic.”

While patients prone to allergies or asthma are the most affected, others are also paying a price for the smoke. Azita Pourali, a 40-year-old mother of two, told Al-Monitor about her own traumatic experience. “It was past midnight when the smell of something burning woke me up. It was so intense that I thought our apartment was on fire. I anxiously woke my husband up so we could evacuate the house with the children, but he knew what the smell was: It was the Hoor-ol-Azim fire,” she said, using a local name for the Hawizeh Marshes.

Pourali said that while she never had any health conditions in the past, she has experienced several symptoms since that night: burning and itchy eyes, watery and running nose and eyes, headaches and a severe cough. While she believes that the Iranian authorities do not pay sufficient attention to the living conditions of people in Ahvaz and blames them for her health problems, Dr. Zahra Farajzadeh, an official with Khuzestan Province Health Center, believes that those in charge are doing all they can at this point. She told Al-Monitor, “It seems like the Hawizeh fire is one of the priorities for the authorities, yet there isn’t enough … support for them to implement their projects.”

Indeed, whether the authorities are using all the tools at their disposal to tackle the fires is not the preeminent question. This is not the first time the Hawizeh Marshes have faced widespread fires. Similar catastrophic blazes have engulfed the natural reserve at least five times in the past, resulting in the destruction of a total of 28 million square meters of marshlands. Sadly, the Hawizeh Marshes are not the only natural reserve in Iran where such incidents have taken place. In August, over 5 million square meters of the Miankaleh wetlands in the northern province of Mazandaran were also burned in wildfires. Those wetlands are a part of an internationally acknowledged natural reserve that is home to various types of local and migrant birds, among other species. The jungles of Marivan in the northwestern province of Kurdistan are yet another natural reserve that has been destroyed by fires, with over 100,000 square meters of land burned to a crisp in less than two hours.

What makes Iran’s natural reserves prone to fire? In some cases, authorities have blamed locals, accusing them of littering flammable objects like shards of glass that can intensify sunlight and ignite fires. On Sept. 21, the authorities reported they put out a fire in the Hawizeh Marshes that had been started by two individuals. Terrorist groups have also allegedly played a role in some of the fires in the region. The armed Arab separatists of al-Ahwaziya, which has claimed responsibility for the recent attack on a military parade in Ahvaz, are among the groups that Iranian officials say have started fires in the past.

Maryam Safaripour, an expert in the field of agroecology with a research focus on environmental pollution, agrees that humans have played a role in these fires. But she has a different view on how direct the impact has been. She told Al-Monitor, “I think human-induced climate change is one reason to blame in causing these fires. But as for why they spread out to have such catastrophic impacts, I think we do not see efficient responses from authorities when it comes to the prevention of environmental crises.”

Due to their generally hot climate, Ahvaz and the southwestern province of Khuzestan endure droughts. Like much of the rest of Iran, the region faces a devastating water shortage. The latest statistics from the Ministry of Energy show that, in several provinces, aquifers are depleting. Many of Iran’s dams have also deteriorated, with up to 50% of their water supplies lost this year.

Iran’s drought and water crisis constitutes a major challenge, especially when issues are mismanaged or aggravated. Soil degradation is one issue. Many of the natural reserves that have been subject to wildfires in recent years suffered from weak vegetation, either due to undergrazing or overgrazing. On Aug. 22, Ali Bakhtiari, a member of the board of Iran’s Agricultural Commission, said the fires were a result of not allowing livestock to graze on the protected natural reserves. He said that grazing the land would rid the reserves of the dry vegetation that fuels the fires. This is while others believe that overgrazed farms are more prone to fires than intact natural reserves.

Other agricultural, urban and industrial misuses of land in Iran have played major roles as well. For instance, deforestation is another issue. In the past 40 years, Iran has lost 1 million hectares of its jungles.

Ramin Gorji, who has researched the environmental conditions of the Hawizeh Marshes, told Al-Monitor that the lack of interaction between the different governing bodies might have been a core cause of the recent fires. “Unanimity does not exist in the Iranian government’s management of crises," he said. "In general, and in many instances, different governing bodies want to exercise different solutions. This means that time will be wasted and if there’s an ongoing fire, it’s bound to expand.” 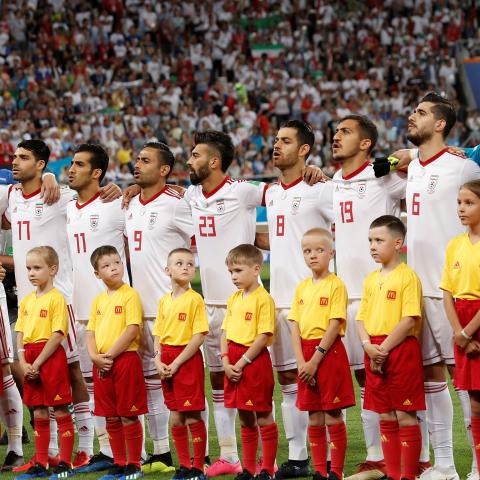 Iran's national team sees popularity boost, but not just because of World Cup 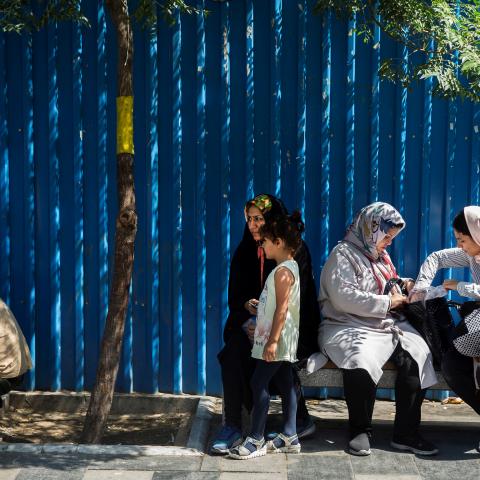 After Iran deal exit, average Iranians worried about the future