While political and economic engagement between Iran and China continues to increase, China’s image remains poor as it is hostage to factional disputes within Iran. 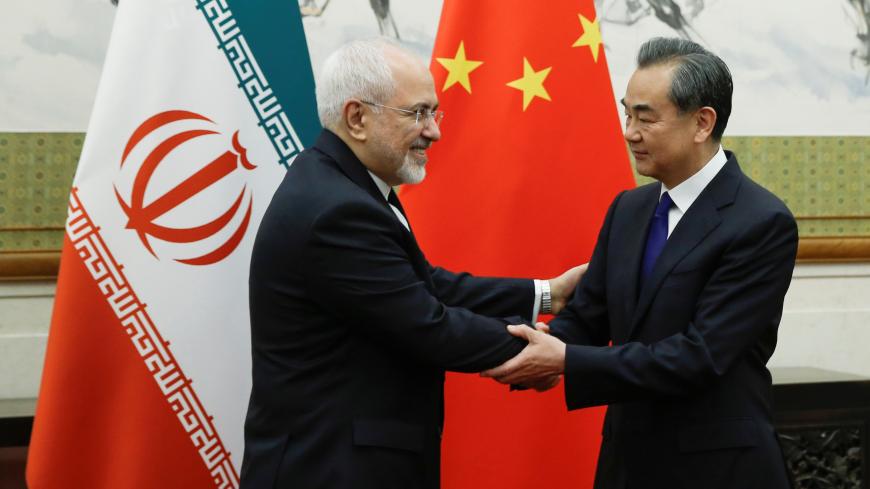 Increasing reports of academic and cultural exchanges between China and Iran indicate that China is pursuing an active public diplomacy in Iran.

On Sept. 29, Wang Jisi, the president of the Institute of International and Strategic Studies, Peking University, visited Iran’s Islamic Azad University and met with its chairman, Ali Akbar Velayati. Both sides reiterated the significance of Iran-China academic exchanges and agreed to establish a joint research institute. On Oct. 5, the head of China’s state broadcaster met with his Iranian counterpart, Abdulali Ali-Asgari, and called for expanding bilateral relations.

It seems that there are headlines on similar meetings on an almost daily basis in Iranian news outlets. However, the critical question is whether China’s measures to capture the imagination of the Iranian people and build a positive image of itself as a rising power is effective and appropriate given its ever-increasing economic and geopolitical ties with Iran.

China’s public diplomacy has four pillars: the Confucius Institute, academic exchanges, international broadcasting by state-affiliated media and tourism. Modeled after Alliance Francaise and Germany's Goethe-Institut, the Confucius Institute is a nonprofit organization affiliated with the government of China to promote Chinese language and culture. It is considered the crown of China’s public diplomacy, with around 500 centers around the globe, 135 of which are in Belt and Road Initiative countries. However, Iran is only home to one such institute, compared with four in Pakistan, four in Turkey and 17 in France.

When it comes to academic exchanges, the situation is not much closer. China’s Ministry of Education reports that last year, 489,000 foreign students pursued education in China, out of which 317,200 students were from Belt and Road Initiative countries. However, there are only 1,400 Iranian students in China, according to Iranian media. The exact number of Chinese students in Iran is not announced by the Iranian authorities; however, given that 90% of the 52,000 foreign students currently studying in Iran are from Afghanistan (41%), Syria (20%), Central Asia (21%), and India and Pakistan (8%), the numbers of Chinese students are not likely to be overwhelming.

In addition, in the tourism sector — which provides effective people-to-people cultural communication — Iran-China exchanges are not very large. In 2017, 120,000 Iranians visited China, while 95,000 Chinese tourists visited Iran. Given the overall Chinese outbound tourism of 129 million people, the share of Iran is meager — standing at less than 0.07% of the total Chinese outbound tourists.

There is also the media aspect to consider in this equation. Although the Persian service of China Radio International (CRI) started broadcasting in 1957, it is not an influential outlet in the region. The Persian version of China.com is also active. This entity is owned mostly by the government-affiliated Global Broadcasting Media Group, and largely disseminates the Chinese government’s views on current affairs and news of China’s technological and business advances. Perhaps the most successful Persian-language initiative of China is the Facebook page of CRI Persian, which has gotten 440,000 likes. But this is only a fraction of the 4.5 million likes of BBC Persian and 2.5 million likes of VOA Persian. When considering audience engagement with posts, the outcome is not comparable to the Western Persian-language media outlets.

Thus, in contrast to the impression one may get from the abundant reports of exchanges between the two countries, the tools of Chinese public diplomacy have been unable to sketch a promising image of the so-called China model for the Iranian public, let alone Iran's intellectuals. The image one instead sees from the widespread coverage of China in the Iranian media is of an authoritarian capitalist country whose main objective in its international relations is short-term business benefits. Indeed, a quick look at a report prepared by Iranian journalists who went on a tour of China sponsored by the All-China Journalists Association 2018 Belt and Road Journalists Forum testifies to this negative image. Though the report acknowledges China’s spectacular and rapid development, more attention is paid to its opportunistic approach in foreign relations and its authoritarian domestic political stage. For example, referring to China’s measures to attract tourists, one journalist said, “Chinese authorities are using everything at their disposal to make money and expand tourism.” Another Iranian reporter referred to the strict control of the internet inside China, even compared with Iran, writing: “Instagram, Telegram, WhatsApp and Google were blocked in China.”

China’s public diplomacy is focused on projecting an image of a harmless China in the international arena: a country that is economically powerful, technologically advanced and a glamorous tourist destination — but that is also neutral toward the internal affairs and cultural values of other countries. This is in stark contrast to Western countries, which have long histories of colonialism and waging wars in other countries — especially in the Middle East. Professor Yue Hanjing, a distinguished research fellow at the Center for Iranian Studies at Southwest University in Chongqing, told Al-Monitor, “China is less concerned with political issues of the Middle East [countries] than about developing, in particular, economic relations with them.” This perhaps overly cautious and nonpolitical approach has resulted in an image that lacks inspiring, visionary and promising elements for its audiences.

China’s public diplomacy has also been incompetent in transcending the factional lines in Iranian domestic politics. In the absence of the Chinese state’s effective image management, Iranian conservatives are misusing the China model to justify their authoritarian approach to governance and limiting individual freedoms and the internet, while they do not refer to the benefits of the China model — namely increasing prosperity and growth. Indeed, conservative media in Iran does not highlight the other side of the China model — namely, China's level of well-being and prosperity but also its long battle against corruption and its "democracy at the bottom, meritocracy at the top and experimentation in between." On the other side of the political spectrum in Iran, Reformist media conversely exaggerate the shortcomings of the China model, concentrating more on Chinese treatment of its Uighur Muslim community, restrictions on social media and the internet, and so on. As such, the image of China in Iran is contested along highly factional lines and is thus distorted by each party to justify its own political objectives.

Many have referred recently to the rising power of China in the Middle East. Yet one wonders how sustainable this can be if China cannot improve the way it is perceived among regional publics and intellectuals so that it will be accepted as a legitimate global power, if not an alternative to the United States as the leading world power.