Iranian officials say they are still working out the details of the Iran-China agreement but defended the agreement on principle. 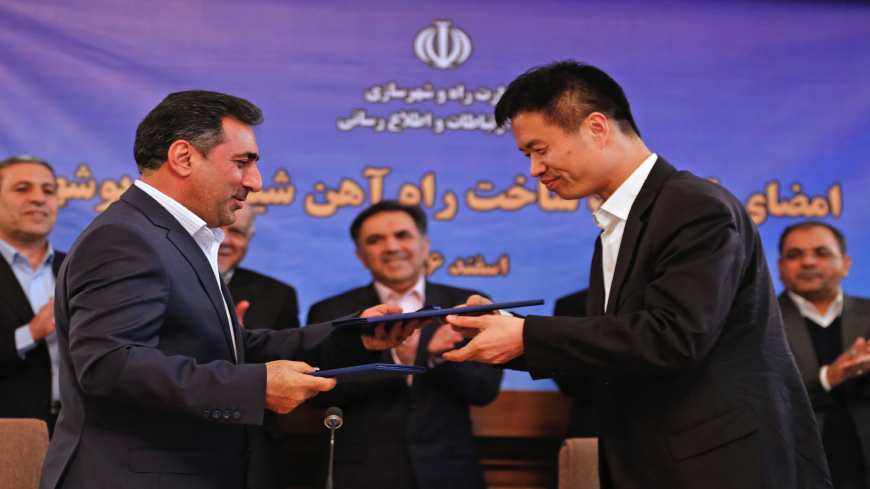 Rather than being a celebrated landmark deal between Iran and China, the reported $400 billion, 25-year deal has brought a great deal of controversy to the Hassan Rouhani administration.

When news of the deal first broke, one of the first critics was former President Mahmoud Ahmadinejad, who asked, “Are you guys the owner of the country that, without informing the nation, you hand its purse to other countries?” He added, “We had a revolution so that no issue, especially an important issue, would be hidden from the public and no one would see themselves as the owner of the nation.”

Shortly after draft copies of the 18-page agreement between Iran and China began to circulate on Persian language social media and as English language media picked up the story, more details of the deal became known. The deal would bring vast investments into various Iranian sectors, including energy, banking, telecommunications, ports and other sectors, reportedly in exchange for discounted Iranian oil. The deal would give Iran a lifeline as the economy falters under US sanctions — the Donald Trump administration claims it wants a new nuclear deal after exiting the 2015 Joint Comprehensive Plan of Action. Iranian officials began to “look east” as Europe was unable to maintain economic ties with Iran after the US exit due to fear of US sanctions.

With broader details of the agreement now public, Iranian officials have gone on the offensive to defend it. Foreign Minister Mohammad Javad Zarif defended the agreement at a meeting of the National Security and Foreign Policy Commission. According to the spokesman of the commission, Abufazl Amouei, Zarif said Iran-China ties are “strategic and based on mutual interests and reciprocal respect.”

According to Zarif, the work on the deal began when Chinese President Xi Jinping visited Tehran in 2016. Zarif said the two sides are still negotiating the details of the deal. However, Zarif denied rumors that Iran would sell Kish Island to the Chinese or that Iran would offer discounted oil and claimed the country’s enemies were spreading these rumors.

Iran’s Foreign Ministry Spokesman Abbas Mousavi also spoke about the agreement to reporters today. Echoing statements by Zarif at the commission, Mousavi said during the Chinese president’s visit in 2016 the two countries decided to establish “long-term ties.” Responding to criticism of the deal, Mousavi said, “This document and strategic relationship is unbelievable and unacceptable for various [countries]. They think that with this, Iran will make ineffective their propaganda, their oppressive sanctions and their economic pressure, and they’re not wrong.”

Iran’s former Ambassador to China Mehdi Safari spoke to Tasnim News Agency about the deal. Safari sees China, the United States and Russia as equal superpowers militarily, but he argued that China needs “energy security” to maintain its strength. He argued that expanding economic ties for China would be vital given that in comparison the United States could always print more money and China does not have this option.