With 233,000 followers, a young cleric from Qom has become the voice of Iranians who resent the ruling class' lavish lifestyles while the rest of the country is in dire need. 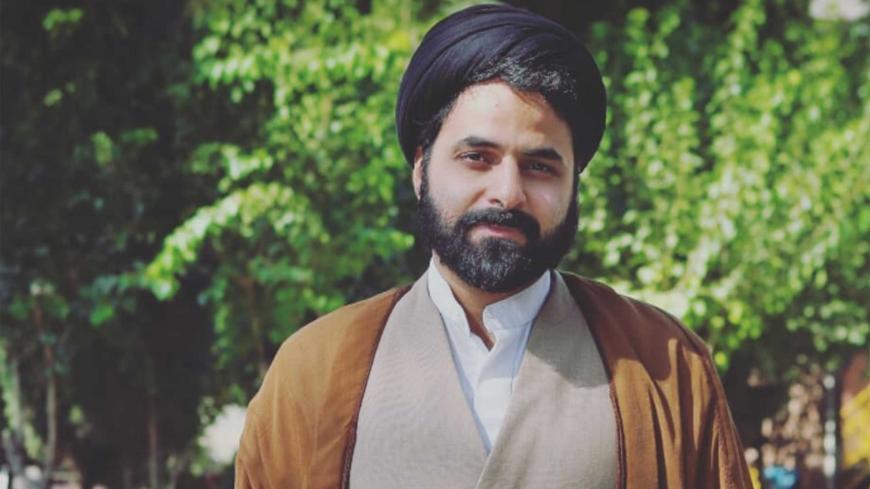 Iran’s high-living aghazadehs — a satirical moniker for the offsprings of the Iranian ruling class — have an outspoken critic in a young cleric from Qom who uses their favorite medium — Instagram — to name and shame those who flaunt their luxurious lifestyles or land cushy jobs.

With 233,000 followers, Seyed Mahdi Sadrossadati has become the icon of a “no to aristocracy” campaign in Iran. Since the beginning of this year, he has been sharing the pictures and videos of some Iranian officials or their relatives living in luxury. His accompanying critical remarks have been "liked" by thousands of Iranians.

The 31-year-old cleric, who is a father of two, has been outspoken and active in other social causes such as raising money to buy food and other goods for the needy.

His exposure campaign spares neither end of the political spectrum or even the clergy. On Feb. 25, he posted a picture of Mohammad Naghi Lotfi, the Friday Prayer Imam in the western province of Ilam — the highest representative figure of Iran’s Supreme Leader in the province — who rides in a foreign-made luxury car. His comment next to the photo reads, "Before the revolution many of our scholars were exiled in remote villages and towns and they used to ride donkeys, just like farmers. Now after the revolution, the farmers still ride the same donkey. [So, do we], as simple clerics, ride in a Prado for the sake of our safety and prestige? Is this what our martyrs gave their lives for?"

He also extended his criticism to the palace-like shrine of the late founder of the Islamic Revolution that was built with money from the taxpayers' pockets. He went on to criticize all those who defend such monuments, including the grandchildren of Ayatollah Ruhollah Khomeini, who are in charge of the shrine.

Mohammad Ali Mousavi Jazayeri, Ahwaz’s Friday Prayer imam and another figure directly appointed by Khamenei, was the next target of the rebel cleric. On July 20, Sadrossadati questioned why the province’s highest religious figure must attend a ceremony in the most luxurious venue of the Khuzestan capital of Ahwaz, where the richest people dance while the ordinary people in Khuzestan face dire economic need. His post received over 14,300 likes and over 2,000 comments and thousands of reposts.

His recent posts also target the aghazadehs who use their parents’ wealth and position to get cushy government posts or proudly display their luxurious lifestyles on social media.

The puritan cleric has so far spoken harshly against the posh wedding of the son of Iran’s ambassador to Denmark and the luxurious lifestyle of Mahdi Mazaheri, the son of Tahmasb Mazaheri, the former governor of the Central Bank of Iran. He has criticized the nephews of Iran’s Deputy Foreign Minister Abbas Araghchi reaching top government posts without relevant working experience. Nor has he spared President Hassan Rouhani’s son-in-law Kambiz Mahdizadeh for holding various positions in a number of unrelated fields one after another.

Four decades ago, the late founder of the Islamic Republic, Khomeini, led a popular uprising against high-living Shah Mohammad Reza Pahlavi in 1979. He promised equality and social justice and to advocate for the rights of the poor. True to his vows, he led a modest and simple way of life and issued repeated warnings to Iranian officials to refrain from a luxuries, but the situation began to change following his death in 1989. The late Akbar Hashemi Rafsanjani, Iran’s president from 1989 to 1997, and his children are widely considered to represent the first generation of Iranian elites to turn away from these modest values. Currently, the circle has now grown so big that a very large number of officials or their children (including even those from the ultra-conservative side) are now accused of abandoning the values of the revolution.

With the country experiencing one of its harshest economic climates over the past four decades, voices like Sadrossadati's are widely admired, and the hashtag #sadrossadati_is_not_alone has tellingly trended on social media.

Mohammad-Hossein, who asked to be quoted by his first name, told Al-Monitor, “Sadrossadati’s campaign against the luxurious life of officials or their family has now reached as high as IRGC generals. We support Sadrossadati and his cause.”

But not everyone agrees. Fatemeh Eskandari, a college student in Tehran, told Al-Monitor, “Sadrossadati seems to be a good person with good intentions, but his way of conducting the campaign is not the right way. Searching the internet to find pictures and videos of aghazadehs and posing as a justice seeker is only good for getting more likes and followers.”

Sadrossadati says his goal is to say that Islamic faith involves not only words but deeds. He told Al-Monitor, “Whoever has a responsibility in the Islamic Republic but doesn’t adhere to Islamic values is acting against Islam.”

The young cleric is very busy these days giving interviews to various media outlets and spends a lot of time responding to his direct messages and comments. Holding live speeches late at night and even live debates with some of those aghazadehs he has criticized on Instagram are among his daily activities.

“My audience is very diverse and large," he said. "The information about these people’s lifestyles is sent to me from their close relatives.” He denied ever holding back for fear of reprisal, saying, “If the case is clear and strong enough, I won’t let it go just because of its consequences.”

He believes that there are two main reasons some people have voiced objections to his activities. “One is that they’re against it because they themselves have that [luxurious] lifestyle and are objecting to it before I disclose their lifestyle. The second group is those who are not against the campaign in general but don’t agree with my way of disclosures and say don’t do it this way,” he said.

Facing off against people who have money and power has not been an easy one and he has been under constant pressure and receives threats and insults. A TV show Sadrossadati had been invited to in July was abruptly canceled. “I can say that the TV show was canceled as a result of pressure from the aghazadehs, but social media is enough for me to continue,” he added.

The determined rebel cleric believes the campaign has borne fruit. “Many officials and their children have either deleted their social media accounts or removed the pictures of their rich lifestyle. It has also made it harder for others to boast of their luxurious lives,” Sadrossadati said.